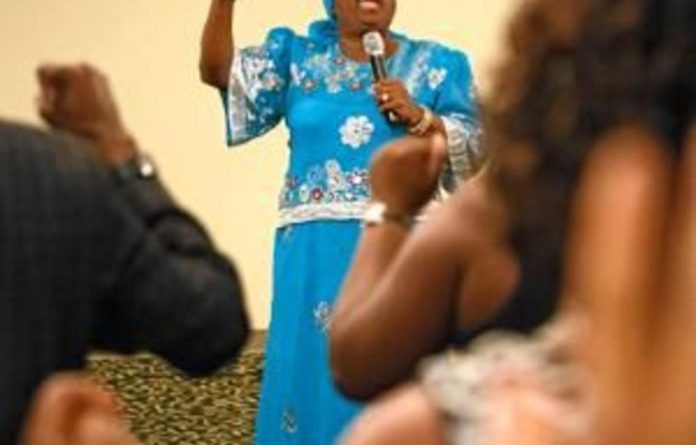 The doors to the conference centre in Calabar, Nigeria, burst open and more than 150 Christian zealots pour into the venue where Leo Igwe, along with members of local government, non-governmental organisations, and anti-witchcraft delegations from across the country are talking about child rights.

The Christians are angry. They are screaming. "In the name of Jesus," shrieks one of the protesters, gesticulating toward Igwe with a pointed finger and exhorting a stream of unintelligible verbiage at the top of his lungs.

The collective emotion of the group rises. Soon there is pushing and shoving. It is not long before the scene is one of mass hysteria. Finally, Igwe is attacked and beaten.

The shocked conference goers remain cool and try to reason with the impassioned protesters, who are from Helen Ukpabio's Liberty Foundation Gospel Ministries, also based in Calabar. But the fundamentalists will not listen. Their agenda is to attack and disrupt. They dissipate only once the police arrive.

The heated face-off between Igwe and Ukpabio's followers that took place in July 2009 is part of a continuing battle for the country's soul. In the one camp, there are people like Igwe, a humanist who fights superstition because of the savage effect it has on the country's children. Ukpabio and a growing horde of pastors just like her, such as David Oyedepo and Celestine Effiong, make up the other group. They are the ever-growing number of evangelists whose fame and fortune comes from irrational beliefs and their livelihood is dependent on the hysterical fear associated with witchcraft that exists in Nigeria's fundamentalist, Christian south.

The Child's Right and Rehabilitation Network said witchcraft allegations occurred across Nigeria, but were most virulent in the Niger Delta Region. The child-rights activists estimate that about 10 000 children have been stigmatised as in Akwa Ibom state and that a similar situation exists in the neighbouring Cross River state.

The network's Sam Ikpe-Itauma told the Guardian: "We believe one has been killed, although it could be more as neighbours turn a blind eye when a witch child disappears."

Stigmatised children are also tortured by being bathed in hot water, branded with hot irons, locked up in the dark rooms for months, chained in prayer houses and put through toxic exorcism rituals. There are cases of children poisoned with a local berry called "esere" (Calabar beans) or of being beaten, stabbed or starved to death.

Divided by religion, Nigeria's north is dominated by Islam, while the south consists of syncretic theists who meld old mythologies with Christianity. Since the seventies, Pentecostal colonialism has surged in the oil-rich African country's more charismatic religions, fuelling a radical evangelism in which "faith healers" identify — and get paid for — curing people "possessed" by demons.

"In Nigeria, a faith in witchcraft has been here for centuries. The cause in part is a lack of common sense. There is this belief that when something happens, there is a spiritual entity behind it," said the 42-year-old Igwe, speaking over the phone to me from Germany, where he is on a scholarship to study witchcraft at the University of Bayreuth.

Igwe explains that the underlying causes of pervasive superstition in the south are complex: societal conditions like poverty; a lack of social services and medical care; declining education standards; and a high degree of religious indoctrination all play their part.

A tireless champion of critical thinking, Igwe works to help bring relief to the victims of superstitious crimes. He also helps children who are abandoned in Nigeria because they are identified as witches.

A year after Igwe was attacked by Ukpabio's followers, the "lady apostle" herself took him to court along with members of local government and the police. Ukpabio was seeking $1.3-million because, she alleged, Igwe and the state was infringing on her freedom to practice religion. Ukpabio was seeking "an order of perpetual injunction" restraining Igwe and his fellow respondents from stopping her church's "right to practice their religion and the Christian religious belief in the existence of God, Jesus Christ, Satan, sin, witchcraft, heaven and hellfire." The judge dismissed Ukpabio's application.

Like the vast majority of Nigerians, Igwe was born into a religious household and attended Catholic schools and colleges. He was part of what he calls "the system" for 12 years before he opted out. When he was ten, his cousins went to his house and locked themselves in a room with his father, beating the man into a coma. The dispute, which almost cost Igwe's father his life, concerned the cousins' plan to use Igwe's mother in a ritual Voodoo sacrifice.

"I grew up in an environment where people were suffering and dying just because of superstition, nothing more. From time to time, people are slaughtered by others because they belong to another religion. I asked myself: 'What a world? What a life?' I was and still am deeply upset by the fact that my people are dying and suffering as a result of baseless, irrational beliefs."

Igwe said he read the works of Bertrand Russell, who was persecuted for standing up for his beliefs. "I read history and I found out that there were people in Europe and America who identified with secularism and challenged the regime of the Churches. It was called the Enlightenment. It means that if any effort is made to achieve African enlightenment, the authoritarian, exploitative, fear-fuelled regime of religious groups and churches must be challenged," he said.

Igwe became an atheist whose work has become highly respected in international circles. Until recently, he was the International Humanist and Ethical Union representative for western and southern Africa. The union embraces atheist, rationalist, secularist, sceptic and similar organisations worldwide, with a vision of a world in which human rights are respected and everyone is able to live a life of dignity.

Igwe speaks at conferences across the globe on witchcraft in Nigeria and helps support people persecuted as witches.

But the battle is not simple. The year after the 2009 conference when Igwe was beaten, he was arrested by local police on trumped-up charges on the day he was due to give evidence to a commission of inquiry into witchcraft accusations and child-rights abuses. Igwe was beaten and released without being charged, in what police said was a case of "mistaken identity".

A humble man with a fierce sense of humour and broad, peeling laughter, Igwe is often cruelly caricatured in his native country. He is the subject of regular demonstrations, petitions and has been regularly harassed by local police.

At times, the union has had to petition the Nigerian government to get the police to stop harassing Igwe and his family because of the work the humanist does. Online, you will find numerous websites libelling Igwe because he openly challenges Ukpabio, who preys on the weak with her practice of "witchcraft deliverance". This is a process of exorcism during which Ukpabio expels demonic spirits from the possessed.

In the region of Akwa Ibom, a small girl was said to be possessed by a demon a few years ago. The child was a five-year-old by the name of Esther, whose mother had died. In this particular region, an illness is often said to be instigated by the curse of a neighbour, or more tragically, by a child in the family. Esther became the demon who was cast out.

"I rescued her twice when she was about five years old after she was accused of killing her mother," said Igwe. "She was driven out and went to live in the local market. A man of about 40 took Esther back to his home and was having sex with her. I was shocked when I heard about it. I took this girl and I handed her over to the government. Later, I found out that Esther had fled because the government doesn't take proper care of these children.

"Witchcraft accusation is poison. The minute it gets into a family, the family bond breaks down. Automatically, it contaminates relationships, no matter how strong they are. It turns a child into an enemy. Not just an ordinary enemy, an enemy of the most vicious kind."

Mandy de Waal is a freelance writer who lives in Gauteng