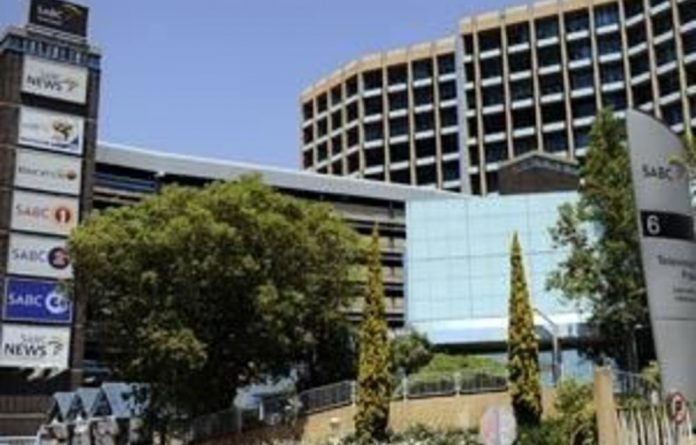 The United Democratic Movement and ANC Youth League on Wednesday expressed disappointment at the SABC’s decision to place its news head Phil Molefe on special leave, and have called for him to be reinstated.

The public broadcaster announced on Tuesday that Molefe would be replaced by head of television news Jimi Matthews for the duration of his leave.

No reason was given for Molefe’s leave, but the Star reported he defied his senior executives’ orders to stop giving too much air time to embattled ANC Youth League leader Julius Malema, and not enough to President Jacob Zuma.

The orders were allegedly given to him by CEO Lulama Mokhobo and the acting chief operating officer, Hlaudi Motsoeneng, the paper said.

Youth league spokesperson Floyd Shivambu responded on Wednesday, saying the league was disgusted with “Makhobo for taking factionally influenced and motivated decisions, in particular her coercing Molefe to take a special leave due to his protection of SABC editorial policy and practices”.

“Placing Molefe on a special leave is politically motivated, despite the fact that he has been at the forefront of award-winning initiatives in the SABC,” he added.

“If there is a programme that should be placed on special leave in the SABC with immediate effect, it is the programme that aligns with a factional, family-owned, and politically aligned ‘newsletter’ called the New Age.”

“For obvious reasons, the [youth league] calls for the immediate reinstatement of head of news and demand that the news department continue to operate within the policy frameworks of the SABC,” Shivambu added.

The Star reported the root of the conflict was Molefe’s decision to give coverage to rallies which were addressed by Malema.

“Putting someone on special for giving more airtime to one faction of the ruling party than the other, shows the paralysis the ruling party’s infighting has caused to an already dysfunctional SABC,” UDM president Bantu Holomisa said.

The paper said a source revealed Mokhobo and Motsoeneng went to Molefe’s office and demanded he show them his editorial diary.

Molefe apparently refused, saying it was against the broadcaster’s editorial policy.

The two allegedly also complained about a one-on-one interview Malema had on TV, which attracted the highest viewership of the SABC in the past four years.

The Democratic Alliance’s spokesperson for communications Marian Shinn said the party was concerned about the broadcaster’s independence, and has called on the communications department and the Independent Communications Authority of South Africa (Icasa) to investigate.

“The ‘special leave’ on which Molefe has been placed, after apparently giving too much air time to Julius Malema, confirms that the editorial independence of the broadcaster is under threat … Changes in key editorial and management positions at the SABC tend to coincide with the ANC’s internal political strife and communications campaigns,” she said.

“I have written to the chairperson of the parliamentary portfolio committee on communications to urgently summon the SABC board and executive management to explain the current editorial crisis and its impact on the entity’s turnaround strategy … In addition, I will call on Icasa to evaluate whether the politically inspired upheavals at the SABC undermine its broadcasting mandate, ” Shinn added.