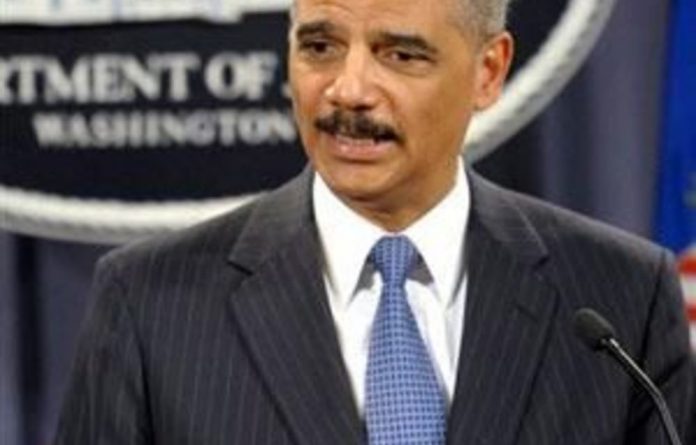 The US government sued Apple and five publishers, saying they conspired to fix the prices of e-books, and reached a settlement with three of the publishers that could lead to cheaper e-books for consumers.

The US justice department accused Apple of colluding with the five publishers as the Silicon Valley giant was launching its iPad in early 2010 and was seeking to break up Amazon.com‘s low-cost dominance in the digital book market.

Because of the agreement, e-book prices went up an average of $2 to $3 in a three-day period in early 2010, according to the lawsuit filed in the US district court for the southern district of New York on Wednesday.

The settlement reached with three of the publishers will allow Amazon to resume discounting books, and will terminate the “most favoured nation” contracts with Apple.

Amazon said in response to the settlement that it plans to lower prices on books associated with its Kindle e-reader.

The pact also requires the publishers to wait two years before entering into any “agency model” agreements that prevent retailers from offering discounts on electronic books.

Restitution
Hachette and HarperCollins also settled with a group of US states, agreeing to pay $51-million in restitution to consumers who bought e-books.

James McQuivey, a media analyst at Forrester Research, said e-book prices were destined to come down, even without a justice department settlement, because publishers themselves have been experimenting with discounting to stimulate sales.

“It essentially will accelerate the reversion back to the sub-$10 prices that Amazon had already established as the standard,” McQuivey said.

The e-book market has boomed in recent years. Sales grew from $78-million in sales in 2008 to $1.7-billion in 2011, according to Albert Greco, a book-industry expert at the business school of Fordham University.

A Pew Research Centre survey released last week found that one in five American adults read an e-book in the last year.

Some publishers defiant
US Attorney General Eric Holder told a news conference in Washington that executives at the highest levels of Apple and the publishers worked together to eliminate competition among sellers of e-books.

During December 2009 and January 2010, the publisher defendants’ US chief executives placed at least 56 phone calls to one another, the complaint alleges.

“As a result of this alleged conspiracy, we believe that consumers paid millions of dollars more for some of the most popular titles,” Holder said.

Apple had no comment about the federal lawsuit. A person familiar with the matter said Apple has not been part of the settlement negotiations.

In a recent court filing, in a private class action suit on the same issue, Apple said it had not colluded with the publishers but “individually negotiated separate vertical agreements with each of the publishers”.

Macmillan chief executive John Sargent released a defiant letter to the book industry on Wednesday saying the publisher did not collude.

Sargent said Macmillan had been in discussions with the justice department for months, but the settlement terms were “too onerous”.

“After careful consideration, we came to the conclusion that the terms could have allowed Amazon to recover the monopoly position it had been building before our switch to the agency model,” Sargent said.

Hachette said in a statement that it reluctantly agreed to join the federal and state settlements, but it “was not involved in a conspiracy to illegally fix the price of e-books”.

Penguin CEO John Makinson said his company did nothing wrong and was alone among the publishers in not holding any settlement discussions.

The European Commission is also probing Apple and publishers in a similar antitrust probe. It said on Wednesday that it had received settlement proposals from Apple and four publishers — Simon & Schuster, Harper Collins, Hachette Livre and Macmillan’s parent.

Jobs’s role
The US government alleged that Apple and the publishers had a common interest in fighting Amazon’s practice of selling e-books for as little as $9.99 as it was building market share and trying to drive sales of its Kindle reader.

Apple’s late co-founder and technology legend Steve Jobs figures prominently in the justice department’s lawsuit with many instances of his personal involvement in negotiations with publishing executives about deal terms.

“Throw in with Apple and see if we can all make a go of this to create a real mainstream e-books market at $12.99 and $14.99,” Jobs wrote to one of the publishers, according to the justice department’s complaint.

Apple successfully persuaded the publishers to adopt an “agency model” that allowed publishers to set the price of e-books and in turn, Apple would take a 30% cut, the government said. The Apple agreements with publishers effectively barred them from allowing rival retailers to sell the same books at lower prices.

The strategy upended the “wholesale model” in which retailers pay for the product and charge what they like.

The agency model of pricing is not itself illegal, but it is illegal for competitors to collude to set prices.

‘Double delete’
The justice department complaint charges that the publishers regularly communicated with each other about Amazon’s e-book strategies and on ways to solve “the $9.99 problem”.

The complaint says the publishers took steps to conceal their communications with each other, including instructions to “double delete” email and other measures to erase a paper trail.

The government said the publishers then received assurances from both each other and Apple that they would move together to raise the retail prices of e-books.

“If it were not a new kind of product, people would say it’s a kind of garden variety violation of law,” he said. “The idea that this innovation can be stifled is particularly troubling.” — Reuters