NPA to hand over ‘reduced’ Zuma files to DA 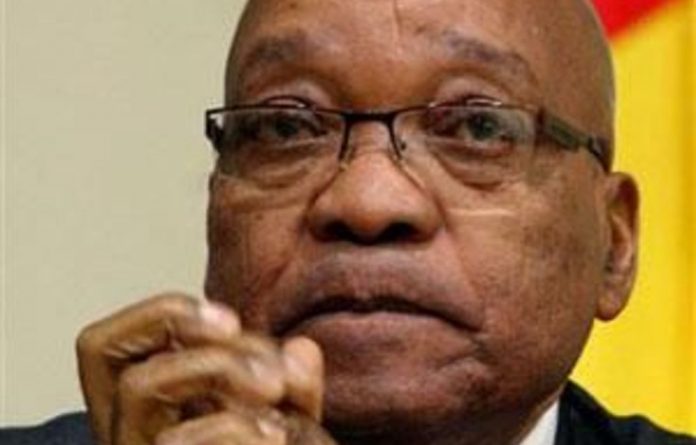 The National Prosecuting Authority (NPA) announced on Thursday afternoon it would be handing over to the Democratic Alliance a “reduced record” of the documents that influenced then acting national director of public prosecutions, Mokotedi Mpshe’s 2009 decision to drop corruption and fraud charges against President Jacob Zuma.

NPA spokesperson, Mthunzi Mhaga, said they hoped to have compiled the documents in time to meet Thursday’s deadline, which followed a Supreme Court of Appeal (SCA) ruling in March.

“The NPA is currently in the process of preparing the reduced record for filing as required by the SCA judgment,” said Mhaga.

The record will exclude written and oral submissions made to the NPA by Zuma prior to Mpshe’s decision.

But it may well include the infamous taped conversations between former Scorpions boss Leonard McCarthy and then-NDPP Bulelani Ngcuka about the timing of the reinstitution of corruption charges against Zuma in 2007, just after he had won the presidency of the ANC at its national elective conference in Polokwane.

The tapes were used by Mpshe to suggest political interference in the case against Zuma and their source and full contents are still not known.

The DA’s application to review Mpshe’s decision is set to return to the North Gauteng High Court for argument.

Mhaga said the NPA wished “to emphasise that the decision taken by advocate Mpshe still stands as the court has not yet ruled on its merits. The NPA believes that it was the correct decision and will continue to defend it in court. Once there is a final court ruling on the merits, the NPA will respect the outcome as it always does.”

In the March judgment written on behalf of the full SCA bench, Judge Mohamed Navsa, echoing various Constitutional Court and SCA precedents, noted that the Mpshe’s decision — an exercise of public power — must comply with the Constitution and the doctrine of legality — one of the controls on legislative and executive action.

“Put simply, it means that each of the arms of government and every citizen, institution or other recognised legal entity, are all bound by and equal before the law. Put differently, it means that none of us is above the law. It is a concept that we, as a nation, must cherish, nurture and protect. We must be intent on ensuring that it is ingrained in the national psyche. It is our best guarantee against tyranny, now and in the future,” said Navsa.

Counsel for the NPA and Zuma had, in argument, conceded that a rule of law interrogation of Mpshe’s decision was permissible, but that it would be very narrow. Navsa left the adjudication of “the extent to which a decision to discontinue a prosecution is reviewable” up to the lower court.

The DA’s Helen Zille and James Selfe were unavailable for comment.