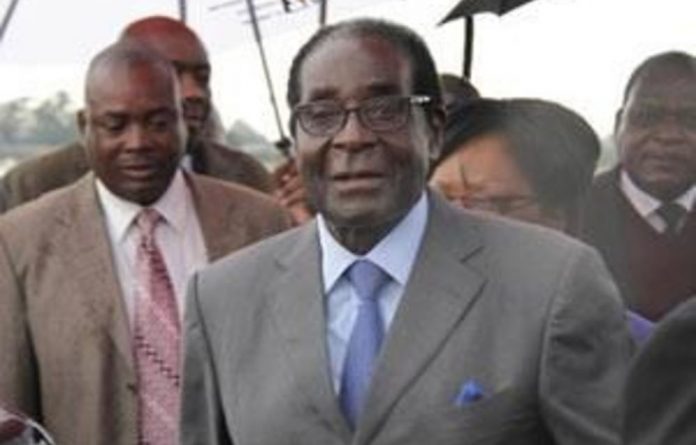 Zimbabwe’s President Robert Mugabe returned home from Singapore on Thursday after a trip that fuelled rumours the 88-year-old was seriously ill, intensifying concerns about who would succeed him.

Mugabe has made frequent visits to Singapore in recent years, amid reports that the veteran leader is suffering from prostate cancer that has already spread through his body.

He appeared healthy as he walked off his charter plane in Harare accompanied by his wife Grace, joking with Vice-President Joice Mujuru and military chiefs who welcomed him home.

“The man is fit as a fiddle,” Information Minister Webster Shamu told reporters. “Why do we want to wish somebody bad, why do we spread rumours, why do we lie about our head of state?”

Mugabe and other top officials have repeatedly denied the cancer reports, which gained widespread currency following a leaked 2008 US diplomatic cable in which Reserve Bank governor Gideon Gono confirmed the health story to the then US ambassador.

The latest health scare was sparked by a single report on a news website run by Zimbabwean exiles which said the leader of the Zanu-PF party was fighting for his life in a Singapore hospital.

Officially, the government says he travelled to the city-state to arrange post-graduate studies for his daughter Bona.

Ambiguity
The speed that the story spread around the globe underscored the deep-seated concerns about what would happen in the event of the sudden death of the man who has ruled Zimbabwe since independence from Britain in 1980.

With two vice-presidents and a vague succession law, political analyst Derek Matyszak said the failure by Mugabe to appoint a successor was a recipe for chaos.

“The ambiguity of the law to be followed upon Mugabe’s sudden death … has the potential to turn the merely messy into the thoroughly chaotic as each contender endeavours to apply an interpretation of the law which is most advantageous to him or her,” Matyszak said.

“The Zanu-PF constitution also contains no clear provisions as to what happens on the demise of its president,” he wrote in the private Daily News.

He said “fissures within Zanu-PF might develop into rifts,” as the factions in the party claim the right to put forward their own candidate.

Under the Constitution, the vice-president who most recently served as acting president would become a caretaker for 90 days, said Lovemore Madhuku, a legal expert from the University of Zimbabwe.

“After the 90 days, Parliament sits as the electoral college to appoint a new president who then completes the term,” he said.

But the current Parliament is dominated by the Movement for Democratic Change of Prime Minister Morgan Tsvangirai, Mugabe’s rival in a rocky unity government, making it unclear if a Zanu-PF candidate could win.

The lack of a clear successor in the Constitution has sparked jockeying within Zanu-PF between two camps, one led by Mujuru and the other by hardline Defence Minister Emmerson Mnangagwa.

The Zimbabwe Mail reported that Mugabe had reached a secret deal to hand power to Mnangagwa after his death, but senior Zanu-PF official Didymus Mutasa dismissed the story as “baseless”.

“We have a hierarchy that we follow as a party and Mai [Joice] Mujuru is better placed, as well as [Vice-President] John Nkomo or even [party chairperson] Simon Khaya Moyo and those are the people who can take over today,” Mutasa said.