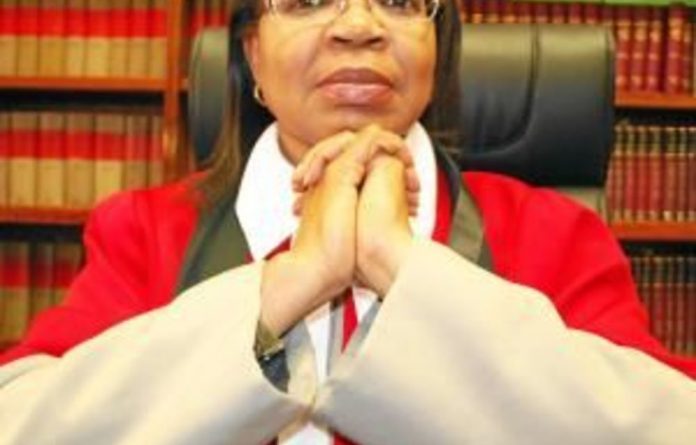 Legal analysts say the performance of the commission itself will be under scrutiny because its credibility has been battered by recent court decisions, previous interviews and an increasing perception that its independence and rigour is on the wane while political partisanship and executive-mindedness waxes.

The University of Cape Town’s democratic governance and rights unit, in its submissions to the JSC on the various candidates’ jurisprudence, noted that, in the commission’s previous round of interviews in October last year, there was a “surprising lack of discussion of judgments that candidates had written”.

The commission’s 2009 decision not to pursue the matter, which could result in the possible impeachment of Hlophe, was considered weak and raised several eyebrows at the time. It was later deemed unconstitutional by the appeal court.

JSC spokesperson Carel “CP” Fourie said the process to interrogate the complaints and counter-complaints would be discussed by the commission on Monday before the interviews began. Hlophe had responded to the Constitutional Court complaint by lodging his own, stating that his constitutional right to dignity had been affected when the court released a media statement about their misconduct complaint.

Vacuum on the Concourt bench
Other issues likely to be discussed include whether the commission needs to be more proactive in filling the vacant position on the Constitutional Court Bench. Despite two rounds of advertisements, the JSC has been unable to attract enough willing nominees to interview.

Some members of the legal fraternity who spoke to the Mail & Guardian said this was suggestive of the perception that the commission was becoming increasingly dominated by the ruling ANC and the appointment of current acting Constitutional Court Justice Ray Zondo was a fait accompli.

Zondo, who is considered to be a conservative, is thought to be the preferred choice of both the commission and Chief Justice Mogoeng Mogoeng.

Nokukhanya Jele of the National Association of Democratic Lawyers told the M&G that the commission might have to consider actively “inviting suitable candidates that may have applied for other vacant positions” in an attempt to resolve what was reaching a crisis point at the country’s highest court.

A legal source said another point of interest during the interviews would be the effect — if any — the judgment by KwaZulu-Natal Judges Piet Koen and Fikile Mokgohloa would have on the JSC process. The judges last year found that the commission’s decision to fill only one of three vacancies in the Western Cape division, despite having a number of candidates to choose from, was “unlawful”. The matter is now before the appeal court.

At the time, the JSC stated that transformation considerations had influenced its decision, which will make it interesting to note its interviewing of female candidates — an imperative, according to the JSC – and how it establishes the progressive credentials of all the candidates.

The judge president position in the North and South Gauteng High Courts is to be keenly contested between Deputy Judge President Phineas Mojapelo, who has been acting in the position, Judge Frans Legodi and Labour Court Judge President Dunstan Mlambo. Mlambo is favoured by the Black Lawyers’ Association, whereas Mojapelo has the support of the National Association of Democratic Lawyers (Nadel). The M&G reported earlier this year that Mlambo is favoured by the Black Lawyers Association because he was thought to be more “militant”. However, the organisation, in its submissions to the JSC at the end of March, confirmed its support for Mojapelo, who also has the support of Nadel.

The competition for the deputy judge president position in KwaZulu-Natal will also be keenly watched. The contenders are Judge Mjabuliseni Madondo, who is favoured by the provincial political establishment, and Judge Fikile Mokgohloa, a respected female jurist who joined the division in 2008.

Madondo caused controversy last year when he vied with KwaZulu-Natal Judge President Chiman Patel for that position. During his JSC interview, Madondo suggested that Patel’s ethnicity — he is of Indian origin — would render him unsuitable for the judge presidency.

According to one legal source, there have been racial tensions in the division and an appointment would help to bring stability.

The battle for the two vacant appeal court positions will, according to a legal source, pit several “excellent candidates”, who have all acted in the Bloemfontein court at some stage, against each other.

The candidates include Judges Clive Plasket, Shamin Ebrahim, Xola Petsa, Ronnie Pillay and Brian Southwood. According to one source, they have all been involved in “progressive judgments” that have marked the Supreme Court of Appeal as a “stable, constant court”.

These are the vacancies the Judicial Service Commission (JSC) has to fill from the following candidates: