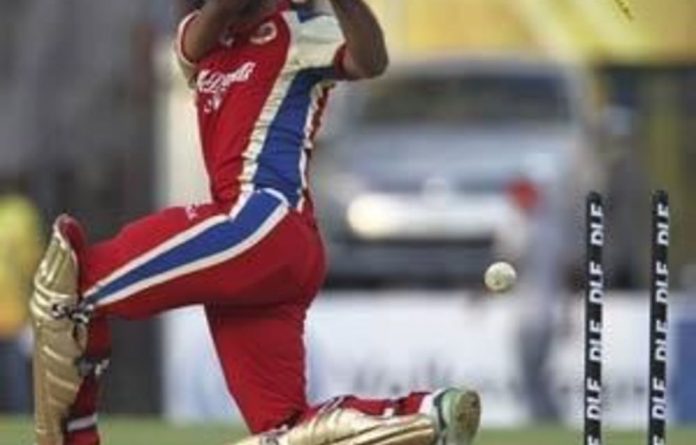 Albie Morkel plundered 28 in an over to help Chennai Super Kings pull off a stunning last-ball victory over Royal Challengers Bangalore, while Dmitri Mascarenhas grabbed 5-25 as Kings XI Punjab prevailed over Pune Warriors in the Indian Premier League on Thursday.

Morkel struck three sixes and two fours off the 19th over bowled by Virat Kohli when 43 were needed from two overs, an effort that enabled Chennai score 208-5 after Bangalore had made a mammoth 205-8 at Chennai.

At Mohali, Mascarenhas took the important wickets of Sourav Ganguly, Marlon Samuels and Robin Uthappa as Pune was bowled out for 115 in 19 overs on a pitch helping seam bowlers. Australian Shaun Marsh’s unbeaten 64 guided Punjab to 116-3 in 17.4 overs.

Morkel did the star turn for defending champion Chennai even as all-rounders Dwayne Bravo and Ravindra Jadeja got the remaining runs. Morkel was dismissed by Vinay Kumar on the second ball of the last over but the seam bowler could not keep up the good work.

An above-the-waist no-ball that was clobbered for four by Bravo tilted the balance back in Chennai’s favour. Bravo also smashed a six in the over and it finally came down to getting two off the last delivery when Jadeja scored the winning four to third man.

The hunt
Chennai had remained in the hunt through South African Faf du Plessis (71 off 46) and Mahendra Singh Dhoni (41 off 24).

Earlier, left-hander Gayle smashed 68 off 35 deliveries and his effort was supplemented well by opener Mayank Agarwal (45) and No. 3 batsman Virat Kohli (57).

Gayle, who was the highest scorer last season with 608 runs, was surprisingly overshadowed early on by the little-known Agarwal, who struck three fours and five sixes off 25 balls.

Gayle was on five off five deliveries when Agarwal was dismissed in a team score of 53 but had a fruitful 11-over partnership with Kohli that produced 109 runs.