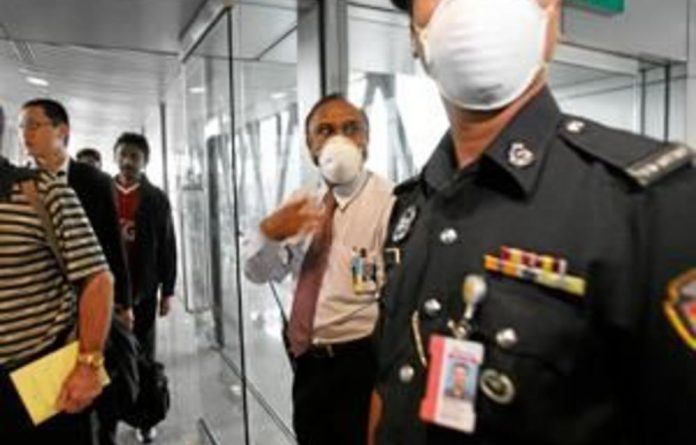 A scientist whose work was deemed too dangerous to publish by United States bio­security advisers has revealed how he created a hybrid bird flu virus that is spread easily by coughs and sneezes.

In a conference presentation that was webcast live to the public, Professor Yoshihiro Kawaoka at the University of Wisconsin-Madison described experiments that pinpointed four genetic mutations enabling the virus to spread between ferrets kept in neighbouring cages.

The animals are considered the best models of how the infection might spread between people.

In December the US National Science Advisory Board for Bio­security called for key sections of Kawaoka’s work to be deleted from a paper going into print at the British science journal Nature, because of fears that a rogue state or bioterrorist group might use the information to create a biological weapon.

The biosecurity board raised similar concerns over a paper by Dr Ron Fouchier at Erasmus Medical Centre in Rotterdam. That study, describing another mutant bird flu strain that can also be spread through the air between ferrets, is under consideration at the American journal Science.

Controversy
The controversy over the papers has triggered a rare crisis in science. Many researchers argue the work must be made fully public so it is available to other experts in the field, such as surveillance teams looking for emergent pandemic strains in Asia and elsewhere.

Others say the work should never have been done, or that sensitive details should be shared only with a list of approved experts.

The advisory board reversed its stance at the end of March after considering updated versions of the papers and a fresh risk analysis of the studies in a meeting at the National Institutes of Health in Washington DC. The board unanimously approved Kawaoka’s paper for publication in full and gave the green light to Fouchier’s work after a vote of 12 to six in favour. Neither paper had information removed for the review.

Bird flu is considered ­particularly threatening to people because more than half of the 600 or so people known to have caught the virus have died from the infection. Many scientists fear the virus could trigger a devastating pandemic if it evolved into a form that spread rapidly from person to person.

The experiments by Kawaoka and Fouchier were designed to answer the crucial question of whether the bird flu virus could pick up genetic mutations in the wild that would allow it to adapt to humans and spread rapidly, like seasonal flu.

Speaking at a British Royal Society conference on bird flu, which was webcast, Kawaoka and Fouchier claimed their work highlighted how easily bird flu could mutate into a form that would potentially be transmissible among humans. But their findings showed the mutant strains did not spread as swiftly as seasonal flu and were not lethal to animals that caught the infection from a neighbouring animal. Both viruses could be controlled by antiviral drugs such as Tamiflu and bird flu vaccines, the researchers said.

Combining flu
Kawaoka created a hybrid flu strain by merging H5N1 bird flu with the swine flu virus that caused a pandemic in humans in 2009. Through experiments in ferrets, he isolated a strain with four mutations that helped the virus to latch on to and infect cells in the throat.

One reason bird flu does not spread easily between people is that it cannot bind to cells in the throat and nose, where it can be coughed and sneezed out.

Defending the work, Kawaoka said it was carried out in a high-security laboratory where all of the staff had been vetted by the FBI. The work was “important for pandemic preparedness” and emphasised the need for countries to stockpile vaccines to combat bird flu.

One of the mutations was already common in the wild, Kawaoka said, appearing in all 46 viruses isolated from people in Egypt between 2009 and 2011. “The risk is out there in nature,” Kawaoka said.

Fouchier told the conference he was unable to reveal full details of his own research because the Dutch government had imposed export controls on the information. His team created a mutant strain of H5N1 bird flu by infecting a succession of ferrets until a strain emerged that spread between animals housed in neighbouring cages.

Ferrets that had already been exposed to flu viruses were not affected by the mutant strain.

Fouchier was unable to confirm the specific mutations that made the virus more transmissible but said many had already been spotted in the wild. “Most of the mutations we found we can see in the field and we are even seeing them in combination,” he said.

The coronavirus crisis: A failure of policy and leadership