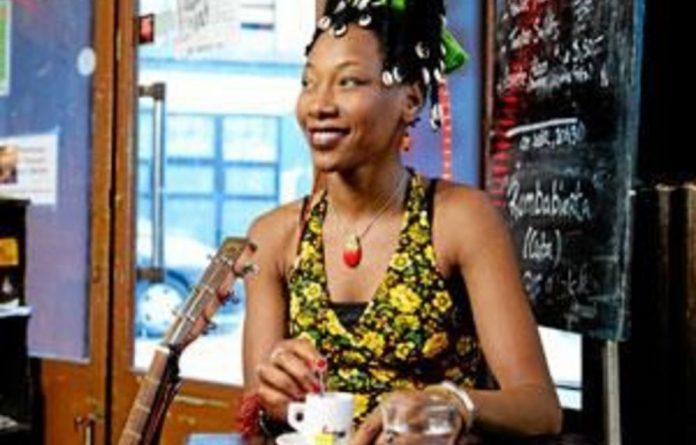 It would be easy for someone as in demand as Fatoumata Diawara to forget exactly who she is at times.

The 30-year-old singer, who now lives in Paris, was discovered by a wider audience only last year, thanks to a string of festival appearances in the United Kingdom and the release on World Circuit records of her spellbinding album Fatou.

Since then she has gigged relentlessly, written demos for another record and featured prominently on the debut album from Rocket Juice and the Moon, a supergroup involving Damon Albarn, Flea from the Red Hot Chili Peppers and drummer Tony Allen.

Before then, hers was already an itinerant existence: born to Malian parents in Côte d’Ivoire, one of 11 child­ren, she was sent to live with an aunt in Bamako, the capital of Mali, at the age of nine. A celebrated child actor, she starred in films including Dani Kouyate’s Sia: The Dream of the Python, the legend of a young girl who defies tradition. Real life followed fiction and, against her parents’ wishes, at the age of 19 she fled Bamako in the middle of the night to join the famous theatre company, Royale de Luxe in France.

Singing, she said, sipping peppermint tea, “was like a medicine for me — Ah! I forget everything.”

Soon that sensuous, sweet-then-smoky voice had secured her duties as a backing vocalist with acts that included Oumou Sangare, one of Mali’s great musical exports. Through that connection, she met producer Nick Gold, the wizard responsible for several World Circuit classics.

“I’m lucky to have someone who can keep me who I am,” Diawara said. “Nick never says: ‘I’m a big producer, I want to change everything, change your personality.’ He doesn’t say: ‘Maybe you can be Beyoncé.'”

A Malian mentality
Even in the gloom of a hotel bar before a gig at the Jazz Café in north London, Diawara exudes the glamour of a real star, which takes us back to the question of who exactly she might be. One theme is clear: she refers consistently to herself as a Malian artist, despite the fact that she was not born there and has no plans for a permanent return.

“Yes, I’ve only been there quite a short time, but I grew up with a Malian mentality,” she said.

The family spoke Bambara, Mali’s lingua franca, and Wassoulou, the language of the country’s southwest.

“Every month my father organised traditional music and dancing. It was like being in Mali.”

In fact, Diawara identifies most with her family’s ancestral village in the Wassoulou area, despite not speaking the language very well. It was difficult, she said, unless she was singing. “It’s like in a trance; everything changes. It’s as if I was born there.”

In the Wassoulou musical tradition, women address issues of child-bearing and polygamy, but Diawara’s perspective as a half-outsider allows her to tackle more sensitive issues, such as female genital mutilation. In the gentle ballad Boloko she sings: “If you circumcise girls/ You will make their intimate moments difficult/ They will always have problems with childbirth.”

Change through music
“You know, we have our mentality, but sometimes we do need to think about change because Mali is a very conservative country,” she said. “That is not a bad thing. Through music we can slowly change things and it’s easier for me because I’m not living in Mali. If my generation can think a bit about themselves, it’s better, especially for girls,” she said, sounding a touch more convincing on the theme of female empowerment than, say, Beyoncé.

Her flight from Mali was triggered by the fear that she would be denied life’s opportunities: her mother was a promising singer, but was prevented from pursuing any kind of career by Diawara’s grandfather, himself a kamel n’goni (a type of traditional harp) player.

“I have to do what she lost,” she said. “I always wanted to be independent.”

It was only last year that she visited the Wassoulou region for the first time with her Italian husband, Nicolo. She describes an emotional moment. “The women singing, they sounded like me. Every aunt in my village, they sing only for themselves, for weddings, for spiritual reasons, as medicine, and also just for fun. It was beautiful. The melodies are different from jazz, from rock, but the roots are there.”

Indeed, ethnomusicologists have identified Wassoulou music as one of the two West African styles that gave birth to the blues and all that followed.

Grounded in this sense of tradition, Diawara feels the ­freedom to explore new directions. She has been nominated for a best ­newcomer award by Songlines magazine and speaking about her appearance on the Rocket Juice and the Moon album, she smiles. “It’s a new experience. You keep your traditional voices, but you can also communicate with a different style: hip-hop, soul, electronic music. You can adapt.” —