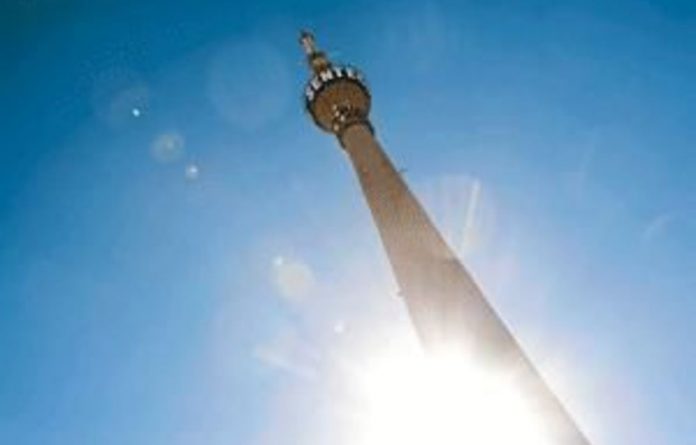 After years of rigorous debate, the South African Bureau of Standards (SABS) has finally issued the final draft minimum standard for the set-top box decoders that will be used to receive digital terrestrial television signals in South Africa.

The draft spec outlines a basic receiver that does not include a return path for interactivity.

The draft spec, which was published on Tuesday for public comment, is a key step in South Africa’s move from analogue to digital terrestrial television and comes ahead of the planned switch-on of digital broadcasts in September 2012. The public has 30 days in which to respond to the draft spec, shorter than the normal 60 days granted by the SABS.

The shorter period is as a result of the urgency of getting the final standard in place.

South Africans wishing to continue receiving terrestrial television broadcasts after analogue broadcasts are switched off — which should happen by mid-2015 to meet a deadline imposed by the International Telecommunication Union — will have to purchase a set-top box.

The road to digital TV has been long and torturous, not least because of government’s decision to consider an alternative standard based on technology from Brazil and Japan after the country had already agreed to use the first-generation of the European standard, known as DVB-T. Government eventually decided to settle on a more modern version of the European system, known as DVB-T2.

The SABS minimum specification does not preclude manufacturers from building additional features into the set-top boxes but merely sets base standards to which they must comply.

It does not contain any mention of an encryption scheme, which had been favoured previously by government, suggesting plans to encrypt digital broadcasts have been abandoned.

Among other things, the draft spec proposes a low-cost, low-maintenance unit that provides basic functionality, including an electronic programme guide that provides details of available services.

The decoders will be capable of receiving both standard and high-definition (up to 1080p) broadcasts — with support for widescreen broadcasts — and must specifically ignore all services originating from non-terrestrial digital services. It’s unlikely that South African broadcasters will offer highly bandwidth-intensive 1080p channels.

Widescreen high-definition broadcasts will be “down-converted” to standard definition for television sets that don’t support it and displayed in a 16:9 “letterbox” format on 4:3 displays. The decoder will allow viewers to display the material in a letterbox format within a 4:3 frame or perform a 4:3 “centre cut-out” on the broadcast material and present this full-frame within the 4:3 display.

An on-graphics plane and on-screen display information will use the 4:3 aspect ratio, regardless of the video aspect ratio.

‘Future use’
According to the draft spec, the decoder must be able to receive audio signals of up to 5.1 surround sound and output at least two-channel PCM stereo.

In terms of outputs, the decoder will offer a composite video output port on an RCA socket and an HDMI port. There’s also a single USB port (for “future use”) in the draft spec.

The decoder will also feature an “RF bypass” system so that consumers can continue to watch analogue broadcasts during the “dual-illumination” period when both analogue and digital television will coexist in South Africa.

The draft spec says South Africa will use MPEG-4 coding for video and will use 8MHz channel spacing in the VHF and UHF bands and will be capable of receiving broadcasts in chunks of spectrum from 174MHz to 862MHz. The MHEG-5 standard will be used to provide interactive services, including teletext-like services.

All eleven of South Africa’s official languages will be supported on the decoder and offer subtitles if these are made available by a broadcaster.

The set-top box will have a minimum of 64MB of flash memory and 256MB of RAM, the draft spec says. The memory specification has been chosen to allow for the lowest component price, it says.

The unit will draw a maximum of 10W of electricity during normal operation, 6W when in active standby and 3W when in passive standby. Its front panel will have “P+” and “P-” programme selector buttons, “V+” and “V-” volume buttons and a standby/on button.

Though the decoder will have PIN-based parental controls to block age-restricted content, the draft spec notes that the PIN can be reset by restoring factory settings. The factory default setting will have parental control disabled. No doubt, it won’t take tech-savvy youngsters long to figure out this workaround. — TechCentral

Some foresee ‘blood in the water’ after the appeal court shot down the minister’s migration policy.
Read more
National

MPs have questioned whether the SABC is capable of a successful transformation to digital broadcasting after a report showed a severe lack of skills.
Read more
National

A variant of malware called Dexter has cost local banks tens of millions of rand in one of the worst breaches of customer card data in SA history.
Read more
Business

It is not up to government to devise a strategy for Telkom and to impose this on the company, says newly appointed Telkom chairperson Jabu Mabuza.
Read more
Advertising
Continue to the category
Coronavirus