Not made in South Africa 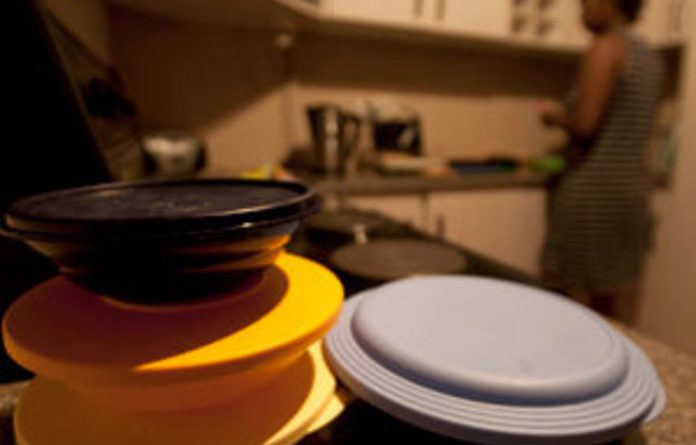 South Africa’s plastics sector will soon be in the spotlight as the Competition Commission goes head to head against Sasol before the Competition Tribunal in a battle that could have big ramifications for manufacturing and job creation.

Sasol stand accused of “excessive pricing” of propylene and polypropylene, two polymers they produce as a by-product of fuel processing. South Africa’s only polymer producer, Safripol, is also an interested party in the hearing.

The matter is likely to appear before the tribunal in the next three months.

Prolypropylene is crucial to numerous plastics manufacturing businesses that use the polymers to manufacture everything from garden furniture and plastic packaging to coolers and lunch boxes.

At the heart of the dispute is that Sasol exports more than 60% of its polypropylene production at prices lower than what it charges for these polymers in the South African market.

According to Mike Rex, owner and director of Global Commodity Analysts, South Africa produces 625 000 tonnes of polypropylene — 520 000 by Sasol and 105 000 by Safripol. Rex estimates that Sasol exports between 350 000 and 400 000 tonnes of polypropylene a year, depending on actual production. This equates to between 70% and 80% of its total production.

Rex said the current indicative South African market price for bulk standard injection moulding grade polypropylene was R13 400 a tonne, whereas the export rate out of Asia, against which Sasol would have to compete in the international market, was $1 440 (R11 241) a tonne — a difference of about 16%.

Freight, insurance and local handling costs would also have to be considered.

Government regulation
Analysts familiar with the polymers sector say that if the government regulated the input price of prolyproyplene for the local market, it would boost local manufacturing of plastic goods and create much needed jobs in the sector.

They say the regulation could be implemented by the energy department through the National Energy Regulator of South Africa.

The department had not responded to the Mail & Guardian at the time of going to print.

“The government already regulates fuel and gas prices, so why not polymers that are a by-product of the fuel process,” said one analyst, who asked not to be named.

But the analysts say there is a lack of political will from the government to take on Sasol and instead of Trade and Industry Minister Rob Davies lobbying the energy department to regulate prices for polymers, he has made the issue the commission’s problem.

Nimrod Zalk, the trade and industry department’s chief director for industrial policy, said it had not ruled out or agreed to any form of action relating to Sasol and polymers pricing and would watch the tribunal hearing process closely.

Zalk said the Sasol polymers case had been given to the commission to investigate because of its legal discovery powers.

However, the downside to this approach is that the commission launched its investigation in November 2007 and the tribunal hearing is taking place only in the middle of this year. Just less than five years have gone by and no action has been taken, which means jobs that were within grasp have been lost.

“South Africa has an upstream resource advantage here and a lot of it was built with public resources,” said Zalk. “The country needs to see a developmental return.”

This return is the ability to boost manufacturing and create jobs in the sector.

According to a report titled Polypropylene Beneficiation Investment: Research and Analysis, which was prepared for the National Economic and Development Labour Council in 2007, there were 1 000 companies in the plastics converters sector in South Africa at the time, employing 56 715 people.

Sasol stifling competition
Analysts to whom the M&G spoke confirmed that a substantial amount of the goods consumed in the country that were manufactured using these polymers were imported by the large retail chains, because South African manufacturers could not compete on price because of Sasol’s pricing structure.

Attempts to confirm the volumes or percentages of these plastic goods that Shoprite, Pick n Pay and Massmart import were met with a stony silence from the chain retailers.

“It is Shoprite Group’s policy to source the best products at the lowest possible prices for its customers. [It has a] preference for locally produced products if price and quality are on par with produce available from abroad,” said Van Wyk.

But analysts who have insight into the plastics manufacturing sector said some of the retail chains could import as much as 50% of some plastic products.

This was reinforced by one of the commission’s factual witness statements, written by Pieter van der Walt, director of operations for SB Plastics. He said polypropylene was the core raw material for all its manufactured goods and therefore the price was the “single biggest component” of the overall cost of the products.

“SB Plastics is regularly told by its customers that its prices are not competitive compared to imported plasticware,” said Van der Walt.

“For example, SB Plastics was not able to win a tender from the Shoprite Checkers business group because of cheaper imported products.”

Van der Walt said in his affidavit that if local polypropylene prices were reduced by 20%, SB Plastics’ production costs on plasticware would be reduced by about 11% to 13%.

He said this cost reduction could be passed on to consumers and would also cause a reduction in direct imports by retailers and their replacement with locally manufactured products.

Government turning a blind eye
Analysts say the government has a “blind spot” to these benefits, in contrast to its reaction to Walmart’s entry into South Africa.

When the R16.5-billion acquisition of 51% of Massmart was announced, the government fought tooth and nail to ensure the deal did not go ahead for fear that it could jeopardise local manufacturing capacity.

But whereas it mounted a high-profile campaign against Walmart, critics said it seemed to lack the political will to deal with sectors in which simple regulation could create jobs in South Africa.

Julius Lebi, purchasing director for Usabco, which trades under the brand name Addis, also prepared a factual witness statement for the commission. He said Sasol’s polymer pricing made its products uncompetitive internationally.

“The most price-sensitive products are the high-volume, low-margin items such as dustpan and brush sets, toilet-brush sets and storage and food containers, which retailers readily import,” said Lebi.

Another plastic goods-maker, who agreed to talk on condition of anonymity, said if polypropylene and propylene prices in South Africa were lower than they were now, retailers would import less because locally manufactured products would be more competitive.

One economist with knowledge of the polymer sector said the state needed to take a “long, hard look in the mirror”.

“We have to ask: What is the capacity of the state to engage with large upstream players like ArcelorMittal and Sasol to get these things right?” said the economist. “You have to give a little and beat them up when they misbehave. That’s how you deal with industrialists.”

“As a supplier to this sector, we believe that their development has to be undertaken with a clear view towards the long-term sustainability of those sectors. This includes the polymers industry.

“Because polymers are a globally traded commodity, worldwide supply and demand determines prices. This is also the case in South Africa, where polymer prices are similar to those in all major trading regions, including Asia.

“Our converter industry enjoys a 20% duty on imports in many of its sectors, providing substantial protection against imported final products. The upstream sector no longer benefits from any form of duty protection.

“As Sasol Polymers has stated previously, it does not agree with the Competition Commission’s position regarding excessive pricing within the polymers industry. Sasol Polymers is therefore contesting the commission’s claims.

“Sasol Polymers has made extensive investment in this sector, supporting the growth of our convertor sector, resulting in job creation.

“However, the growth of this downstream sector will not be sustained without securing the long-term sustainability of the upstream producer of the raw materials.

“In addition to its investment in the industry, Sasol Polymers also offers a variety of mechanisms to the local industry to enhance and grow the local manufacturing sector.

These include export incentives, new product development and import-­replacement mechanisms.

“Sasol Polymers also offers its customer base a technical support centre to ensure the most efficient conversions processes and the best product options.” — Lloyd Gedye

South Africa needs to seriously start thinking about shifting its energy focus. This is for two reasons. The first is that the country’s important...
Read more
Advertising
Continue to the category
Politics