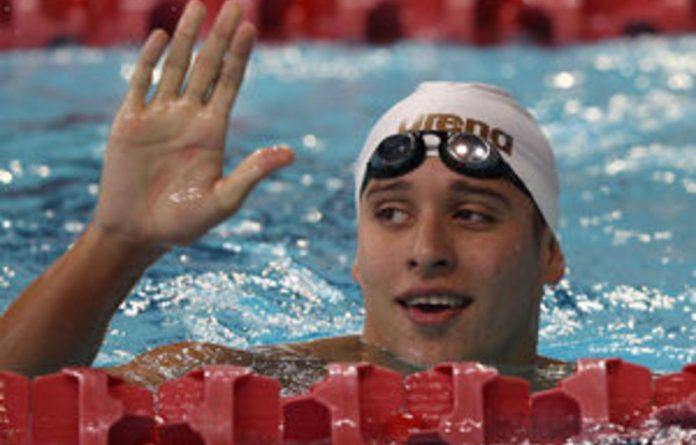 Rising star Chad le Clos swam four Olympic qualifying times at this week’s South African championships to announce himself as a real medal contender for the pool at the London Games in July this year.

The 20-year-old Le Clos, the short course world champion in the 200m butterfly, achieved Olympic times in the 200m fly, 200m and 400m individual medley and 200m freestyle. His only disappointment was on Sunday’s final day of the nationals when he missed the Olympic time in the 100m butterfly.