Not a ‘link’ but a legal case 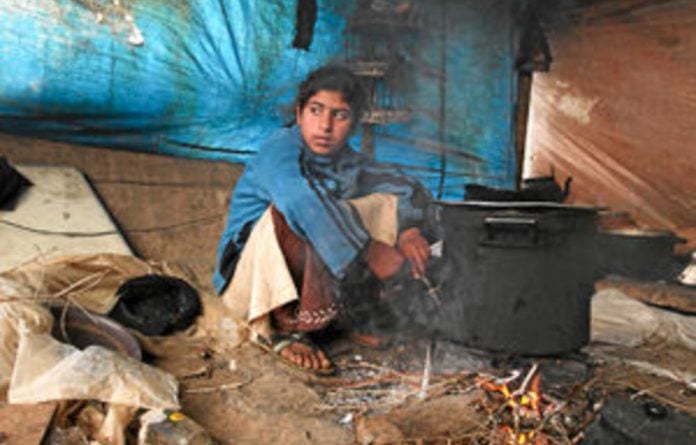 Some Israeli lobbyists claim that the “apartheid link” between the old South Africa and present-day Israel is born of “ignorance” (April 13). Their attack on organisations holding principled positions in solidarity with Palestinians and in support of the boycott of Israel smacks of arrogance. Worse, their accusation that South Africans generally have “limited knowledge” of the Israeli-Palestinian conflict but “they hold many prejudices” is patronising.

It cannot be disputed that there was a link between Israel and apartheid South Africa. Israel supplied weapons to South Africa during the arms embargo and was Pretoria’s closest ally during the international isolation of the apartheid regime. Several of our most respected leaders, including Archbishop Emeritus Desmond Tutu, Ahmed Kathrada, Kgalema Motlanthe and John Dugard, have compared Israel today with apartheid South Africa. But it goes beyond that. There is a legal case, under international law, that Israel fits the legal definition of an apartheid state.

The strongest such case, in this country, was made in 2009 when a Human Sciences Research Council report (commissioned and funded by our own government) found that Israel, through its policies and practices, meets the legal criteria for the crime of apartheid. This position was confirmed by the Russell Tribunal on Palestine in 2011. In March this year, the United Nations committee on the elimination of racial discrimination again found that Israel violated the protocols that prohibit apartheid.

The link, the comparison and the case are not born of ignorance. They are born of painful memories, a shared lived experience of institutionalised racism as well as facts, evidence and legal criteria.

Apartheid is a system of racial segregation in which one racial group (defined in ethnic or religious terms) institutionally segregates and dominates another. Israel implements such a system in the interests of Jews and at the expense of the indigenous Palestinians.

Any state founded exclusively for any ethnic or religious community cannot but discriminate against others. Israel defines itself as a “Jewish state”. If privileging one group over another is in the very definition of your state, is that not discrimination? Israeli parliamentarian Haneen Zoabi refers to this as Israel’s “inherent racism”.

Meeting the legal criteria of apartheid, Israel illegally occupies the West Bank and Gaza, where Palestinians are subjected to separate laws (indigenous Palestinians live under military law whereas Israeli Jewish settlers live under civil law) and infrastructural segregation (separate roads, checkpoints and villages divided by an 8m wall). There are targeted tortures and imprisonments of political activists (reminiscent of our own “detention without trial”). And then, sadly, meeting the apartheid condition of mass killing is not hard for Israel. During 2009 Israel attacked the Gaza Strip and more than 1 400 people died.

In Israeli legislation, there is the equivalent of apartheid South Africa’s Population Registration Act. Allan Boesak and Farid Esack explained last year: “Everyone in Israel and the occupied Palestinian territories is identified by ethnicity — Jewish, Arab, Druze … and this is listed on one’s ID card. All rights and privileges in Israel then follow from these distinctions.” Hence there is a Group Areas Act, too: Jews have exclusive use of certain areas. There is no Mixed Marriages Act per se, but laws prohibit Palestinians in the occupied territories from living with Israeli spouses. It is impossible to marry in Israel except in religious courts and a host of laws, rules and codes keep the populations apart.

We who identify with the oppressed do not identify ourselves (only) by what we are against. We are driven by our love of freedom, justice and equality. Our support for the boycott, divestment and sanctions campaign against Israel is born of these convictions. We know that a shared future for all the people of Palestine-Israel — like the post-1994 South Africa — is not only possible, but also inevitable.