Is the JSC courting favourites? 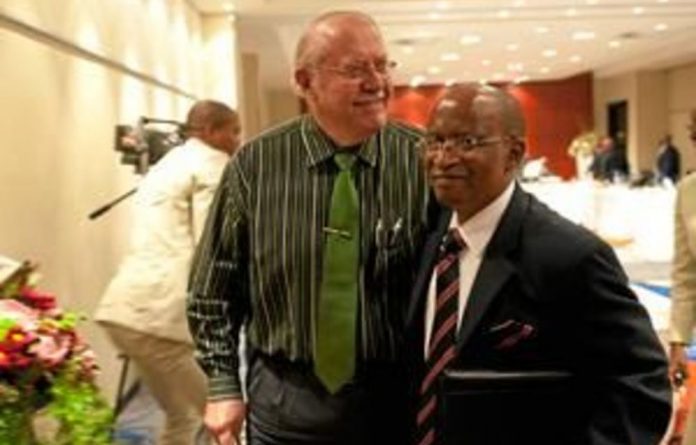 The announcement this week of the Judicial Service Commission’s nominations of judges for President Jacob Zuma has raised concerns that it is becoming increasingly political and executive-minded in its functioning. There are also worries that there is lobbying and caucusing behind closed doors over who the candidates should be.

This, according to senior figures in the legal fraternity who spoke to the Mail & Guardian, has reinforced the perception that decisions are often caucused behind closed doors by blocs, resulting in favoured candidates and fait accompli appointments.

Wim Trengove SC echoed the opinions of several legal practitioners who spoke to the M&G when he pointed to the “inexplicable” failure by the JSC to appoint well-respected, high-calibre candidates such as Geoff Budlender and Jeremy Gauntlett.

“This creates the impression that [the JSC] has its own agenda,” said Trengove, who served as a JSC commissioner during the first five years of its existence.

During his stint, which started in 1994, “the culture was that you voted with your conscience, not your constituency, for the truly best candidates — We didn’t caucus behind closed doors or lobby, which is the impression one has now,” Trengove said.

This is an impression, suggest legal sources, that has dissuaded suitably qualified candidates from heeding calls by the JSC, such as those made this week, that they make themselves available to contest judicial vacancies.

Vacancies
In this round of interviews the JSC only managed to short-list five candidates and appoint three, despite having six vacancies on the North and South Gauteng High Court Benches.

In what is turning into a judicial crisis, a vacancy on the Constitutional Court — considered the apex of a legal career — has been advertised twice and still insufficient nominations were received.

Trengove said there was an impression that “the political component of the ANC [on the JSC] wields far greater influence than in the first five years”.

The appointment of Labour Court Judge President Dunstan Mlambo to the judge president position of the North and South Gauteng High Courts potentially reflect of this power balance.

Mlambo is extremely well regarded in the legal fraternity, both as a jurist and an administrator, as someone who has turned around a dysfunctional labour court during his two-year tenure.

Overlooking Mojapelo
But question marks have been raised over the JSC overlooking another well-respected candidate, Phineas Mojapelo.

Mojapelo, the deputy judge president of the South Gauteng High Court, was given a rough ride by Radebe in his interview in Cape Town last week over an article published in the Sunday Times last year in which he questioned the JSC’s process — and its lack of public participation — in appointing former Chief Justice Sandile Ngcobo.

The M&G has also reliably learnt that caucusing was influential in the JSC not appointing a judge to the vacant deputy judge president position in KwaZulu-Natal.

With the ANC-led political establishment in KwaZulu-Natal lobbying intensively for its preferred candidate, Mjabuliseni Madondo, neither he nor the other candidate, Fikile Mokgohloa, managed to get the required majority of 13 votes for that position.

As expected, the JSC announced that Eastern Cape judges Xola Petse and Ronnie Pillay were nominated for the two vacant Supreme Court of Appeal vacancies. Pillay’s appointment was criticised by progressive black and white lawyers who spoke to the M&G. Several questioned his work ethic and rigour.

The M&G understands that Clive Plasket, a well-respected and progressive judge who previously acted on the Supreme Court of Appeal (where, according to its judge president, Lex Mpati, he enjoyed the majority of that Bench’s support in his nomination) is favoured when future vacancies occur in that court.