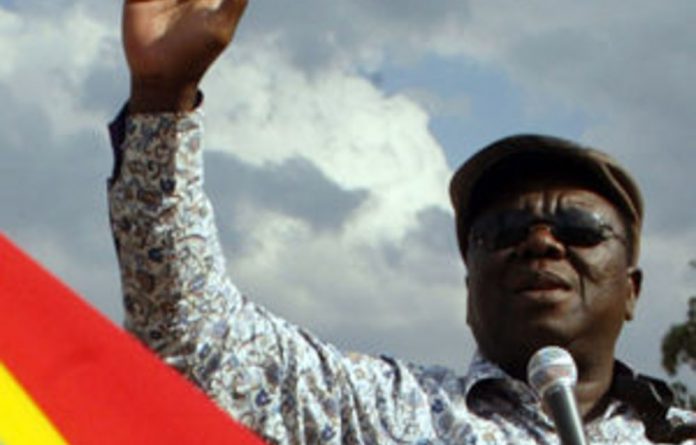 As Zimbabwe’s troubled constitution-making process nears completion, the opposition Movement for Democratic Change is savouring the possibility that it will end Zanu-PF’s 30-year-old hold over the country.

MDC senior officials, including Prime Minister Morgan Tsvangirai, have hailed the draft document as “the first step towards democracy”.

Tsvangirai’s MDC has confidence in the proposed constitution because it has ensured that a number of key considerations, including the devolution of power from the central government to provincial authorities, dual citizenship, the appointment of service chiefs by an independent body and the scrapping of the two posts of vice-president, are included.

A clause that limits the age of presidential candidates to 70 was removed after a backlash from Zanu-PF hawks who said President Robert Mugabe would never sign into law a constitution that excluded him from standing in the next election. The MDC backtracked and agreed to a compromise, but successfully pushed through the other proposals.

Zanu-PF is preparing to launch a “no” vote over the draft constitution, which in its current form would knock over key facets of the party’s control. Some provinces — in particular Matabeleland — are said to be itching to break away from the ­central government and blame the current system of governance for breeding marginalisation and corruption.

Another point of contention is dual citizenship. Zanu-PF has sought to block the estimated five million Zimbabweans living abroad from voting. Tsvangirai told the Mail & Guardian this week: “Our people can’t lose their natural citizenship just because they are overseas. They are still Zimbabweans and we have high hopes the new charter will reflect that birthright.”

Zanu-PF cannot, at this stage, revise the proposed legislation that awaits presentation to the three principals of the government of national unity. The presentation of the draft document was scheduled to take place two weeks ago, but was postponed because Mugabe was in Singapore.

On Sunday, Mugabe attended the funeral in Malawi of his ally, former president Bingu wa Mutharika, and this week he was set to officially open the 53rd Zimbabwe International Trade Fair in Bulawayo with Zambian President Michael Sata.

Zanu-PF spokesperson Rugare Gumbo said: “We have said that there is no way devolution will come into play. We have a central government and it must remain as such. Our position on the vice-presidents’ posts is that we maintain the two [posts]. Appointments of service chiefs are done only by the president.”

Zimbabwe’s constitution-making process is two years overdue and the country’s political parties are keeping a close eye on proceedings because it will usher in new elections after a referendum that is due to take place in May.

Douglas Mwonzora, the MDC national spokesperson, said: “We are treating 2012 as an election year and the completion of the constitution is part of the preparations.”