Sudan: Trapped in the ‘logic of war’ 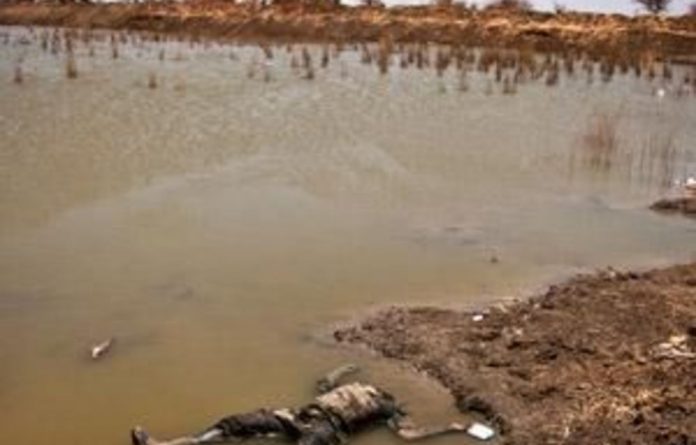 Sudan burns and the world yawns. Clashes along the north-south border multiply and spread, presaging all-out war, and the United Nations talks vaguely of new sanctions. Khartoum’s Parliament brands newly independent South Sudan an “enemy”, oil wells burn, civilians are bombed, a humanitarian emergency looms and Thabo Mbeki, the African Union’s forlorn mediator, suggests there is not much he can do. In the order of global business, it seems Sudan does not rate highly.

This is odd, given the massive effort the United States, Britain and other guarantors put into securing the 2005 comprehensive peace agreement that ended 22 years of civil war. The deal was loudly applauded at the time, leading directly to last year’s southern secession. But its loose ends, principally over border demarcation and oil sharing, may be its undoing.

Both countries say they remain committed to peace. Neither can afford another conflict. But in Mbeki’s words, they are trapped in the “logic of war”.

Expressions of alarm are not in short supply following the provocative occupation by southern forces last week of the oil-producing Heglig region. UN secretary general Ban Ki-moon called for an immediate halt to hostilities. Egypt has tried in vain to bring the two sides together. Even Iran, ostensibly playing the good guy, though doubtless eyeing Israeli support for the Juba government, has called for calm.

But South Sudan’s president, Salva Kiir, like his opposite number in Khartoum, Omar al-Bashir, is acting stubborn, drawing on decades of mutual distrust. Kiir complained last week that he could not sleep for all the phone calls he was getting: “The UN secretary general … gave me an order: ‘I’m ordering you to immediately withdraw from Heglig.’ I said: ‘I’m not under your command.'”

For his part, Bashir told Egypt’s foreign minister he would resume negotiations only after southern forces left Heglig, which produces half of Sudan’s oil. According to the official Sudan news agency, Bashir said Sudan reserved the right to respond to the occupation of Heglig “in any manner that guarantees its security, sovereignty and stability”. That was a clear hint that a big counteroffensive could be in the making.

Khartoum’s response may extend beyond an assault on Heglig. Clashes were reported last week 160km west of Heglig, in South Darfur, where the UN has spent the past 10 years trying to curb tribal violence.

Agence France-Presse this week quoted Nafie Ali Nafie, a top aide to Bashir, as saying Sudanese forces had killed hundreds of South Sudanese during a days-long battle in Heglig.

Nafie said the “death toll within the Sudan People’s Liberation Army and mercenaries in [the] Heglig battle amounted to 400”, according to the Sudanese Media Centre, which is close to the security apparatus. It did not say how many Sudanese troops died and the army itself has released no casualty figures for either side.

Bashir may also move to strengthen control of the disputed region of Abyei, the handover of which Kiir has linked to his Heglig incursion.

Elsewhere, 22 soldiers reportedly died in a firefight on the border between South Kordofan province and the Bahr el-Ghazal border on April 17. Add to this the established, southern-backed insurgencies in South Kordofan and Blue Nile state to the west — and a new alliance between Darfuri rebels of the Justice and Equality Movement and the Sudan People’s Liberation Army-North — and a picture emerges of the entire north-south frontier either in flames, or tinderbox-dry and primed to ignite.

The last Sudan war cost an estimated two million lives. The next one, if it is allowed to happen, may make Syria look modest. Unless the international community wakes up to the danger, the dream of two Sudans living harmoniously could be lost for another generation. —

Burundi on the brink of a cataclysm

Drones will return to bite Obama in the US