The case for and against Di Matteo 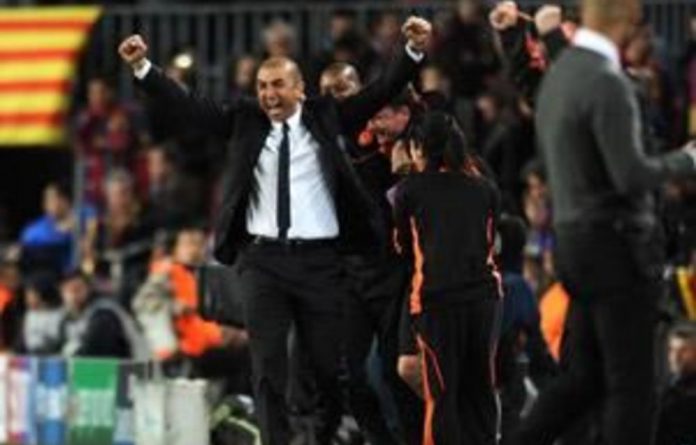 Have Chelsea stumbled on the answer? A year ago, Roberto di Matteo was spending his time visiting clubs around Europe, furthering his coaching education on the quiet. Sacked by West Bromwich Albion after enduring a horrible mid-season slump that had yielded one win in nine league games, he was seeking to rebuild his reputation. Having initially returned to Stamford Bridge as a familiar face, he is now proving the perfect antidote to Chelsea’s peaky campaign.

Di Matteo is revelling as the caretaker. After 13 games — before the draw with Arsenal — his record was identical to that of Guus Hiddink — won 10, drawn two, lost one — after the experienced Dutchman took over in a similar capacity from Luiz Felipe Scolari in 2009. Hiddink, too, confronted Barcelona in the last four of the Champions League and reached an FA Cup final, and was unbeaten in his remaining nine matches before returning to full-time employment with the Russian Football Federation.

There is a sense of déjà vu at present. This group of players has a history of uniting, and rallying, once a manager who has not convinced all in the dressing room has been ousted.

The difference between Hiddink and Di Matteo, the former’s vast experience aside, is that the Italian will be available to take up the position full-time. The veteran Dutchman had always been destined to return to Russia. Di Matteo, on the other hand, is out of contract at the club at the end of the season and will recognise this as an opportunity to make himself a long-term fixture. After all, the chance to coach a Champions League contender comes round very rarely.

So what has he done that has been so successful?
Di Matteo’s has been a study in common-sense management. He was thrust into the interim first-team coach role with Chelsea fifth in the Premier League, facing an awkward fifth-round FA Cup replay at Birmingham, and well adrift in their Champions League last-16 tie against Napoli. Senior players were marginalised by André Villas-Boas and were disillusioned. The stand-in was charged with securing a top-four place; progress in cup competitions would be considered a bonus.

Faced with that scenario, with no time in a crammed schedule to instigate radical change and no transfer window to introduce new faces, the pragmatist in Di Matteo clicked in. Chelsea’s squad had consistently qualified for the Champions League playing a style of football that suited them, so he allowed them to express themselves the way they know best. Out went his predecessor’s desire for patient possession football and in came the urgency and strength of old. All the long-term planning this club had hoped to put in place through Villas-Boas was simply put on hold. Most of the players have delighted in the familiar routine.

Even the in-house doubters — and there were plenty initially who were unconvinced by the 41-year-old’s pedigree — have been won over by the manager’s simple willingness to communicate. One of the principal criticisms of Villas-Boas was a lack of dialogue from the top, but almost every assessment of his replacement has included an acknowledgement that there is clarity these days in everything asked of them. He made peace with those who were disaffected. There has been a maturity to his approach throughout.

And it has had an effect on the pitch
The stand-in has proved tactically assured to date while also sensibly shifting his resources to ensure a hefty fixture schedule does not drain momentum from the campaign. Senior players have been more readily willing to accept life on the fringes when clear reasoning has been offered, and effectively with guarantees that all will play some part in the weeks ahead.

Approaching matches game by game, concentrating on who is fit, in form and may best impose himself on immediate opponents, was a simple, practical philosophy. Players such as Didier Drogba and Salomon Kalou are edging towards the end of their contracts, but the need to look short-term rather than further into the club’s future has allowed Di Matteo to rely upon all-comers. Training has been tweaked rather than completely remodelled. The players, content in a winning side, have been convinced, recognising perhaps that this represents — for some — a last hurrah on this stage.
And, with less anxiety creeping into their play, Chelsea under Di Matteo have benefited from better fortune than they did under Villas-Boas. The Portuguese’s results were undermined by profligacy, yet now Chelsea feel ruthless again.

But is he the man to instigate the changes still required?
Although Di Matteo has flourished in a salvage mission, the longer-term issues that so flummoxed Villas-Boas still have to be addressed. This squad still requires an injection of new blood. Players will leave regardless of whether this squad wins the Champions League in Munich. Replacements will be required and the team’s approach adapted to accommodate the new faces.

Di Matteo would relish the opportunity to oversee such a transformation, but that task was considered too much for Carlo Ancelotti, a two-time European Cup-winning manager, and quickly overwhelmed Villas-Boas. Would Abramovich be willing to ask the stand-in to take it on? Results achieved with the old guard are one thing, but a long-term vision is something else.

Who else would be available?
The reality is that the club will be tempted to scrutinise the market, perhaps wary of acting with haste on an appointment. Avram Grant, with a team rallying around strong characters, lost only two league games in charge of the team after taking over from José Mourinho in the autumn of 2007, as well as reaching finals in the Champions League and Carling Cup, but was ultimately sacked at the end of that season.

Chelsea may not be the only side seeking changes at the top and there could be candidates aplenty. The focus invariably fixes upon Pep Guardiola — yet to sign a contract extension at Barça, but inclined to take a sabbatical if he does leave the Camp Nou — and Mourinho, whose future could also be in question. But there are others who may be considered: Everton’s David Moyes, the France coach Laurent Blanc, Marseille’s Didier Deschamps and Marcelo Bielsa at Athletic Bilbao.

Indeed, a number of prominent coaches could be on the market after Euro 2012, keen to restore Chelsea as Premier League contenders. Di Matteo can point to his results as evidence of his ability. He will hope that counts for plenty. —