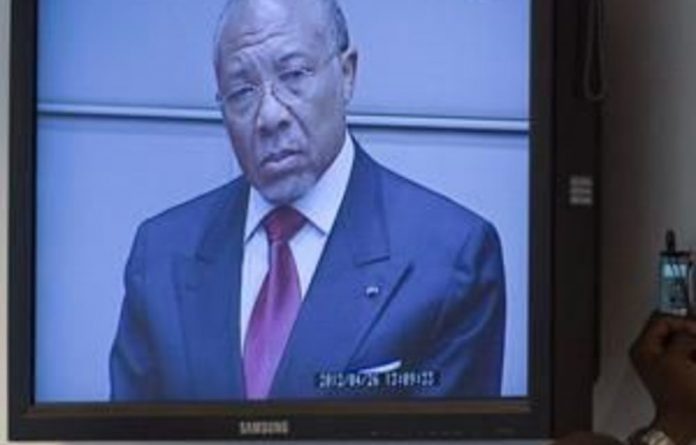 Liberian ex-leader Charles Taylor was convicted Thursday of arming rebels who killed and mutilated thousands in Sierra Leone, in an historic verdict for international justice.

Taylor (64) was found guilty on all counts including acts of terrorism, murder and rape committed by the Revolutionary United Front (RUF) rebels, who paid him for arms with diamonds mined by slave labour.

While rights groups and Sierra Leoneans whose limbs were chopped off by the RUF during the west African country’s brutal decade-long civil war hailed the verdict, Taylor’s lawyer slammed the decision and accused the prosecution of “buying” evidence.

In the first judgement against a former head of state by a world court since the World War II Nuremberg trials, Taylor was found guilty of 11 counts of war crimes and crimes against humanity by the Special Court for Sierra Leone.

“The trial chamber finds you guilty of aiding and abetting of all these crimes,” presiding judge Richard Lussick told the UN-backed court, situated in the leafy suburb of Leidschendam just outside The Hague.

Dressed in a dark suit, white shirt and red tie, the former president, who once notoriously compared himself to Jesus, stood motionless as the verdict was read and showed no emotion afterwards.

He will be sentenced by the same court on May 30 and if sent to jail, as expected, will be held in a British prison.

Blood diamonds
Earlier the Samoan judge Lussick said: “The trial chamber found that the accused was instrumental in procuring and transporting arms to RUF rebels, that he was paid in diamonds and kept some for himself.”

The hearings, which saw model Naomi Campbell testify that she had received diamonds from Taylor, lasted nearly four years, wrapping up in March 2011.

These diamonds would then be smuggled through a guest house used by the RUF in the Liberian capital Monrovia in return for arms and ammunition provided by Taylor.

Lussick said the stones were gathered by the RUF in Sierra Leone, who used slave labour and enlisted child soldiers.

“Children under the age of 15 were abducted and conscripted. They had the letters ‘RUF’ carved into their foreheads and backs to prevent escape,” the judge said.

Lussick however stressed that while Taylor had substantial influence over the RUF, including its feared leader Foday Sankoh — who died in 2003 before he could be convicted — “it fell short of command and control” of rebel forces.

Sending a message
Taylor, Liberia’s president from 1997 to 2003, had dismissed the charges as “lies” and claimed to be the victim of a plot by “powerful countries.”

During his own 81 hours of testimony, which began in July 2009, he called the trial a “sham” and denied allegations that he had eaten human flesh.

“These convictions were obtained with corrupt and tainted evidence effectively bought by the prosecution,” his lawyer Courtenay Griffiths told a news conference Thursday.

Prosecutor Brenda Hollis however lauded the verdict as “another victory for the fight against impunity.”

“Today is for the people of Sierra Leone who suffered horribly at the hands of Charles Taylor and his proxy forces,” she told reporters.

“This judgement brings some measures of justice to the many thousands of victims who paid a terrible price for Taylor’s crimes.”

In their reactions, Amnesty International and Human Rights Watch said the verdict sent a message to high-ranking officials responsible for crimes that they would eventually face justice.

Arrested in Freetown
The proceedings were relayed live by television to Sierra Leone where hundreds watched intently.

“We as victims expect that Taylor will be given 100-years or more in prison,” said Al Hadji Jusu Jarka, a former chairperson of the Amputees Association, his prosthetic arms folded in his lap.

Authorities in Nigeria arrested Taylor in March 2006 when he tried to flee from exile there after stepping down as Liberian president three years earlier in a negotiated end to a civil war in his own country.

He was transferred to the Special Court for Sierra Leone (SCSL) in Freetown, but in June 2006 the UN Security Council cleared the way for him to be tried in The Hague, saying his presence in west Africa was an “impediment to stability and a threat to the peace.”

The court, set up jointly by the Sierra Leone government and the United Nations, has already convicted eight Sierra Leoneans of war crimes and jailed them for between 15 and 52 years after trials in Freetown.

During Taylor’s trial which began on June 4, 2007, 94 witnesses took the stand for the prosecution and 21 for the defence.

Campbell and actress Mia Farrow gave headline-grabbing evidence in August 2010 about a gift of “dirty” diamonds Taylor gave to Campbell at a charity dinner hosted by then South African president Nelson Mandela in 1997. — Sapa-AFP