Escaped Chinese activist seeks refuge in the US 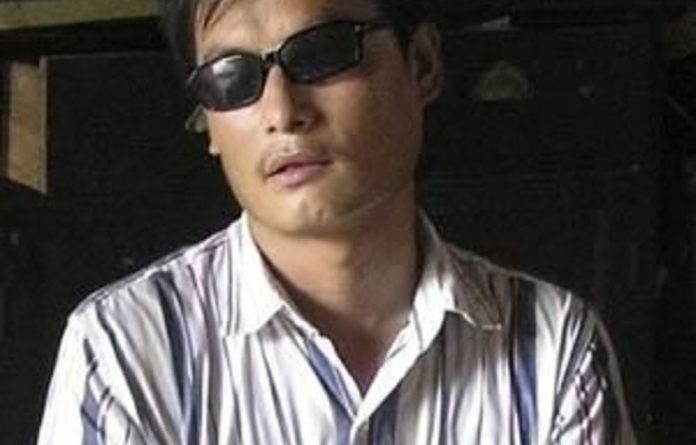 Blind Chinese activist Chen Guangcheng is now under US protection in Beijing after fleeing from house arrest, a US-based rights group said on Saturday, threatening to open up a new front of tensions between the two governments.

The United States has not provided any official confirmation of reports from rights activists that Chen, who was spirited away from house arrest at his home in Shandong province, had fled into the US embassy.

China declined to comment on Saturday on the issue, which now threatens to overshadow a top-level China-US meeting in Beijing next week that will include Secretary of State Hillary Clinton.

Texas-based ChinaAid said it “learned from a source close to the Chen Guangcheng situation that Chen is under US protection and high level talks are currently under way between US and Chinese officials regarding Chen’s status”.

“Because of Chen’s wide popularity, the Obama Administration must stand firmly with him or risk losing credibility as a defender of freedom and the rule of law,” Bob Fu, president of the religious and political rights advocacy group, said in an email.

Escape
“If there is a reason why Chinese dissidents revere the US, it is for a moment like this.”

Both the US State Department in Washington and the US embassy in Beijing declined to comment.

Two prominent Chen supporters, friend He Peirong and Beijing-based researcher Guo Yushan, remained out of contact on Saturday, suggesting they had been detained.

Chen’s reported escape comes days before China and the Us hold high-level talks in Beijing. The US government has not commented on Chen’s whereabouts.

Chen, a self-schooled legal advocate who campaigned against forced abortions, had been restricted to his village home in Linyi in eastern Shandong province since September 2010 when he was released from jail.

His confinement and relentless surveillance with his family fanned protests by Chinese sympathisers and criticism from foreign governments and activist groups.

Chen’s reported escape and the furor it has unleashed could add to the headaches of China’s ruling Communist Party, which is striving to ensure stability and authority before a leadership transition later this year.

It also threatens to overshadow a visit by US Secretary of State Hillary Clinton and Treasury Secretary Timothy Geithner, who are due to visit Beijing next week for the annual “strategic and economic dialogue” between the two countries.

Asked whether any issue could force the meeting to be cancelled or postponed, Chinese Vice Foreign Minister Cui Tiankai told a news briefing he had already stated the event would be going ahead.

“I don’t know why you’d ask the question,” he said. “Our holding this briefing today shows that the Strategic Economic Dialogue will take place as scheduled.”

Sensitive moment
Cui said he had “no information” on where Chen was.

He added the dialogue with the US would include discussion of human rights, but as part of the broad array of topics, which are expected to touch on North Korea, the South China Sea and trade, among others.

“I don’t think this issue will occupy much time or be a focus,” Cui said.

There was no sign of any greater than normal security around the fort-like US embassy in northeastern Beijing, though police tried to prevent a Reuters camerman from filming in front of the building.

If he is sheltering at the US Embassy, it could thrust Washington back into the limelight at a sensitive moment, recalling the case of dissident Chinese astrophysicist Fang Lizhi who took refuge at the US Embassy with his wife following the 1989 Tiananmen crackdown, to Beijing’s outrage.

Fang eventually settled in the United States and died recently.

An internaional affair
“It is the Shandong government that has bungled this by turning a small matter into an international affair. This is foolish. It is certainly a loss of face for the central government,” said Li Datong, a former editor at the China Youth Daily, a party paper, who was pushed aside for denouncing censorship.

“It is especially a loss of face if a regular Chinese citizen has gone to another government to seek protection.”

The US also found itself in an uncomfortable position in February when a senior Chinese policeman who implicated the wife of top Chinese official Bo Xilai in a British businessman’s murder visited the US consulate in Chengdu.

US officials say that the policeman, Wang Lijun, did not request asylum and left the consulate of his own accord. But his trip set in motion a broader scandal that saw Bo removed from his top leadership post in one of the most divisive political upheavals in China in decades.

Officials in Shandong said again on Saturday they had no comment on Chen’s escape.

State media has made no mention of the saga.

But it has been widely discussed on China’s popular Twitter-like service Weibo, reflecting his status as a cult hero, with users reverting to innuendo and word games to get round censorship of his name. — Reuters