A temporary break from food riots 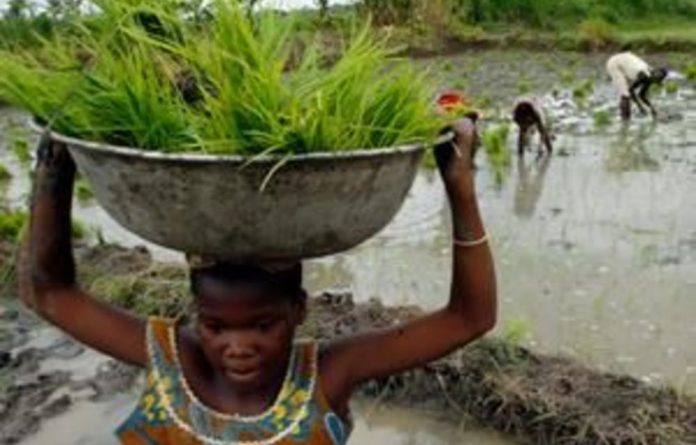 When food prices climbed rapidly during 2007 then spiked to new records in 2008, it caused widespread turmoil. In Southern Africa the consequences were best illustrated in Mozambique, where food riots turned deadly.

There were mass protests in more than a score of countries around the world and some nations feared for their political stability.

After the unrest, governments and multilateral and international organisations spent a great deal of time on introspection, considering everything from new stockpiles to bans on some kinds of trade to prevent food price volatility.

Food prices lead to riots
But this year global food prices have already well surpassed the levels that triggered violence in 2008 and show signs of continuing to rise. Last year as a whole had the highest average food prices in both real and nominal terms since 1990, when records were first compiled, even as the poor in many countries experienced a continuing decline in their incomes because of decreases in social spending and struggling economies.

Although last year had many challenges to the status quo, most notably the Occupy movement, food prices were not on the agenda. Why that should be is a matter for debate. One theory is that food prices may be a trigger but are rarely the actual cause of disenchantment.

“Food riots have occurred throughout history but have not usually correlated with hunger or food prices,” wrote Evan Fraser and Andrew Rimas in Foreign Affairs magazine last year, in an article based on research stretching back thousands of years for their book Empires of Food: Feast, Famine, and the Rise and Fall of Civilisations.

“For the most part, the planet’s 700-million to 900-million hungry people have suffered in silence.

“And price volatility does not necessarily lead to screaming crowds, either. There are many more examples of people accepting volatile prices than rioting over them. So there is more to the protests than the logic of the pocketbook. A key psychological element — a sense of injustice that arises between seeing food prices rise and pouring a Molotov cocktail — is missing.”

Rimas and Fraser said there had to be somebody to blame for an angry crowd to form. And although traders and retailers were easy scapegoats, government subsidies and administered prices meant elected representatives also ended up in the cross hairs.

Serious business
But since 2008 the focus has generally shifted to speculators at the top of the food chain, where food is serious business. Everything, from the billions global banks make in commodity markets by betting on shortages and gluts to the alleged manipulation of the oil price (and its eventual impact on agriculture) by traders, has come under scrutiny and governments have been considered victims of these profiteers rather than perpetrators of hunger.

That gives countries in Africa a window of opportunity, theorists say, a period of potential stability during which the underlying problem can be addressed: growing enough food and distributing it efficiently enough to keep everyone fed.

Hungry Africa
The United Nation’s Food and Agriculture Organisation projects that this year’s wheat crop of 690-million metric tonnes will be the second-highest to date.

Despite good conditions for various staples, however, prices remain high and the number of hungry people is unlikely to decline — especially in Africa.

Of the 34 countries that are expected to require external food aid this year, 28 are in Africa. In Kenya, more than four million people are classed as food insecure, including half a million refugees. In Malawi, 273 000 people are at risk and in Lesotho it is 514 000. In Mozambique there are concerns about cyclone damage and in Madagascar poor rainfall is the major culprit. — Phillip de Wet