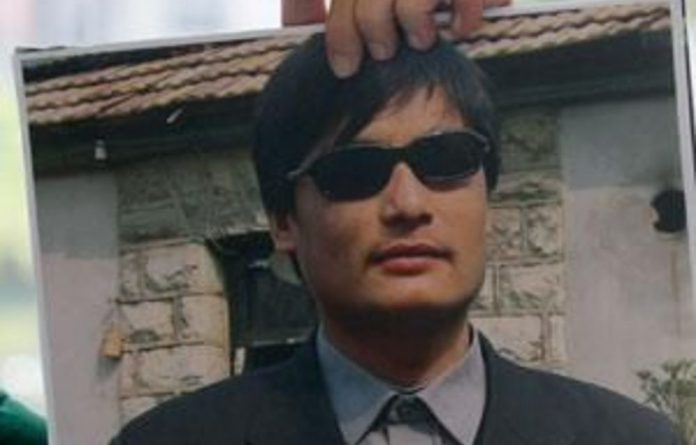 China is demanding an apology from the US over the standoff involving activist Chen Guangcheng, who has now left the US embassy in Beijing.

Chen left the embassy to seek medical care and join his family, officials said on Wednesday, in a dramatic turn in a standoff between the Pacific powers on the eve of key talks.

Hours after Secretary of State Hillary Clinton arrived in China for long-planned meetings, the US broke nearly a week of silence over Chen’s case and said that the dissident has been taken for treatment in Beijing.

“Chen Guangcheng has arrived at a medical facility in Beijing where he will receive medical treatment and be reunited with his family,” a senior US official said on condition of anonymity.

But Wednesday’s nearly simultaneous announcements from the two countries did not appear to have ended the row, with China demanding an apology for what it called interference in its affairs.

“China is very unhappy over this. The US action is an interference is China’s internal affairs and China cannot accept it,” Chinese foreign ministry spokesperson Liu Weimin said, as quoted by the state Xinhua news agency.

Chen, who riled Chinese authorities by exposing forced abortions and sterilisations under the “one-child” policy, fled house arrest last week and sought refuge in the US embassy where he demanded assurances on his freedom.

His flight came despite round-the-clock surveillance around his home in eastern Shandong province, where he has alleged that he and his family suffered severe beatings after he ended a four-year jail term in 2010.

The US official did not immediately provide more details on Chen, such as whether he would be allowed to return home or head to the United States. The 40-year-old self-taught lawyer, who has been blind since childhood, has voiced hope for staying in China. — AFP