Niehaus: Back in the political game, but not bitter 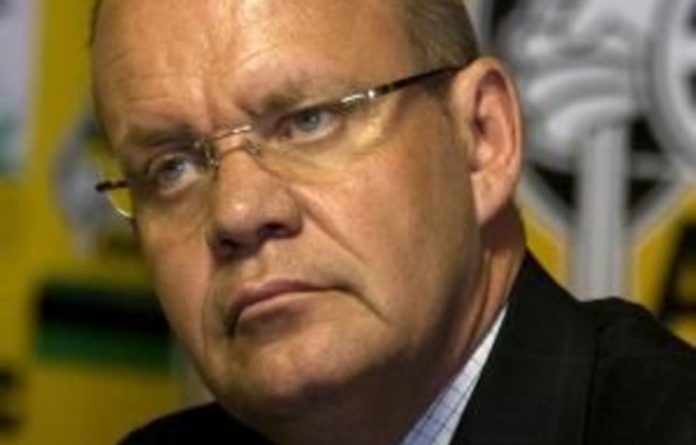 Carl Niehaus is ready to re-enter active politics should the opportunity within the ANC ever arise, the disgraced former spokesperson for the ruling party told the Mail & Guardian on Wednesday.

“I don’t think of the ANC as a ruling party, I think of it as my family and should the opportunity ever arise I would gladly work for them again,” Niehaus said.

After a three-year silence following the M&G uncovering massive financial mismanagement and a history of racking up bad debt while he was spokesperson for the ANC in the run up to the 2009 general elections, Niehaus spoke to Talk Radio 702 on Wednesday morning.

It was estimated Niehaus had debts totalling R4.5-million.

It was also proved that Niehaus forged signatures of several Gauteng government officials, including the former provincial finance minister Paul Mashatile, when he was chief executive of the Gauteng Economic Development Agency in the hopes of securing a personal loan.

He admitted to borrowing money from ANC heavyweights like Tokyo Sexwale and Cyril Ramaphosa.

He was also reported to owe R700000 to Rhema Church after vacating his position as chief executive of the organisation and had to settle a R24000 debt with then director general in the presidency, Frank Chikane.

“I don’t think bad debt, past or present, can preclude a person from public life, but it’s a question of how you managed or plan to manage your situation,” he said.

While Niehaus contested that he could have been treated “more fairly” by the South African media and general public when the scandal around his debt woes emerged, he holds no grudges.

“I prefer not to live in this quagmire of bitterness but move on with my life and live positively,” he said.

Despite his financial situation ostensibly steadying, Niehaus still claims politics as his “first love” and says he is “constantly in discussion” with the ruling party on how to “make a continuing contribution”.

‘It’s all politics’
“Even when I meet Cyril Ramaphosa with all his business interests, we’ll talk shop for five minutes and then it’s all politics — it’s in my blood,” he said.

According to Niehaus the upcoming ANC elective conference in Mangaung will not offer the “big contestation” that the 2007 Polokwane conference did, as there are no longer “big divisions” within the former liberation movement.

Niehaus added that he would also be supporting President Jacob Zuma should he be seeking re-election.

“I’ve always been known as a supporter of President Zuma and my colours are still firmly nailed to his mast,” he said.

ANC secretary general Gwede Mantashe told the M&G he did not know of any job offer for Niehaus.

“I don’t know if someone offered him a job, but contracts only become valid when I sign them and I have seen no contracts with comrade Niehaus’s name on it,” Mantashe said.

Nonetheless, Mantashe would not comment on the ruling party’s propensity of redeploying comrades with shady financial backgrounds.

‘I have committed no fraud’
Niehaus told Talk Radio 702 on Wednesday that he had paid back all his debts and bemoaned being labelled a fraudster.

“I made mistakes in ways I conducted my financial environment.”

Talk Radio 702 show host John Robbie, who interviewed Niehaus, wrote on Twitter that Niehaus had repaid all his debts.

Deputy Minister of Science and Technology Derek Hanekom replied on Twitter that this was “not quite true”.

“He [Niehaus] has not made any attempt to repay loans he obtained,” Hanekom wrote. — additional reporting by Sapa