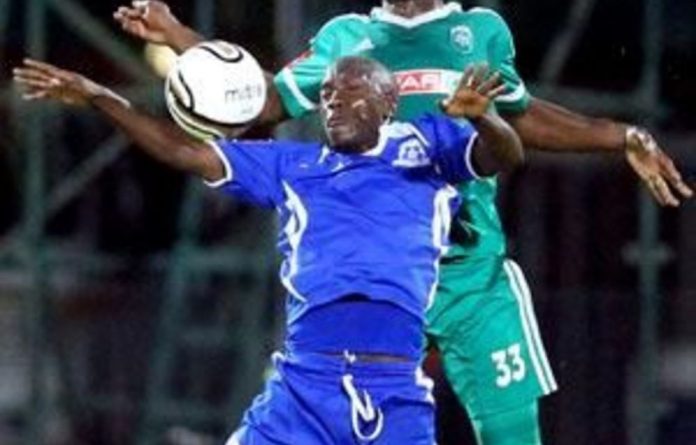 Cuthbert Malajila’s late goal scuppered AmaZulu’s top-eight Premiership chances and earned Maritzburg United a share of the spoils courtesy of a 1-1 scoreline in the KwaZulu-Natal derby at the Harry Gwala Stadium in Pietermaritzburg on Tuesday.

Goodman Dlamini scored in first-half stoppage time to put the visitors in charge as they looked to be heading towards a victory that would have propelled them into sixth place on the log.

But, in extra time, Zimbabwean Malajila pounced to score a third goal in four games and secure a point that now mathematically assured the home side of their top-flight status.

With the top spot on the Premiership table on the line, it were hosts SuperSport who came out showing better attacking intent and creativity, but ultimately it was the killer instinct of the defending champions which won them the match they failed to dominate.

The Usuthu climbed one place to seventh on the standings, although their coach Roger Palmgren was unlikely to be impressed after they had the better chances to win the game.

Pirates on top
Pirates took the lead in the 29th minute of their match with a Tokelo Rantie goal.

The hosts equalised in the 61st minute through Sameehg Doutie before Lekgwathi stole the win for his side in the last moments of the encounter.

The result meant SuperSport occupied the third position while Pirates edged ahead into the top spot on 52 points.

Mamelodi Sundowns, on 49 points, have a game in hand and are away to Kaizer Chiefs at FNB Stadium on Wednesday night.

SuperSport coach Gavin Hunt’s words came back to haunt him, as his side failed to take their chances in front of goal.

After his team’s 2-1 win over Kaizer Chiefs on the weekend, the coach had said taking their chances had won them the game.

That was not the case against Pirates as SuperSport dominated play and created good opportunities to score, but lacked good finishing. — Sapa