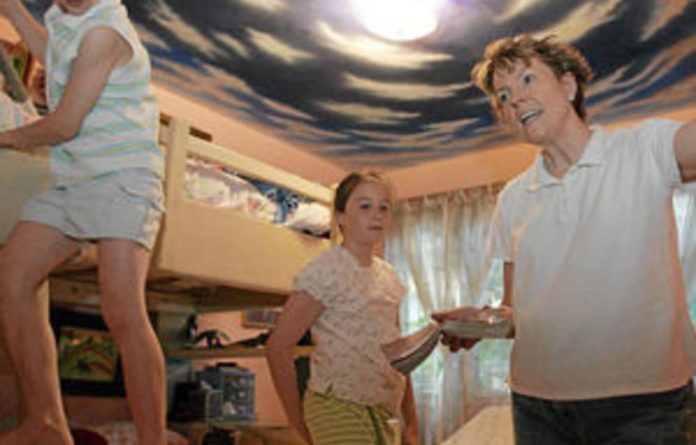 Attention deficit hyperactivity disorder (ADHD) is by now a well-known condition — one that for many conjures up images of excessively active children who cannot sit still or pay attention in class, keeping their parents and teachers on their toes 24/7. But have you ever thought past the childhood years to what happens as these children grow up and enter the working world still burdened with the condition?

Although many think of it as a disorder limited to childhood, studies suggest that 50% to 60% of people with the condition still feel the effects to varying degrees in adulthood.

Dr Dora Wynchank, a Johannesburg-based psychiatrist with a special interest in ADHD, said: “Some insist that the condition does not exist past childhood, but over the years I have had more and more adults complaining of symptoms that suggest exactly such a diagnosis — I am convinced that the condition is a valid one.”

The disorder is mainly characterised by difficulty in concentrating, controlling behaviour and regulating activity levels. Depending on the main symptoms a person experiences, they can be diagnosed as the predominantly inattentive type (easily distracted, often daydream s or becomes bored), the hyperactive-impulsive type (always on the go and acts without thinking about the consequences) or the combined type with features of both.

Difference lies with the symptoms
The main difference between children and adults with the disorder is in the type of symptoms experienced. In adults, hyperactivity is less likely. More common symptoms are restlessness, impulsiveness, frequent job changes, disorganisation and various work and relationship problems. Adults with the condition may also turn to smoking, drinking and even drugs as a way of desperately trying to manage the condition.

“Those living with ADHD may experience low self-esteem and even depression and anxiety, because the condition affects performance in many areas of life as well as personal and professional relationships,” said the South African Depression and Anxiety Group’s operations director, Cassey Chambers.

“Adult ADHD is believed to affect between 1% and 4% of the population, making it as common as bipolar disorder and more common than schizophrenia, yet most patients with the condition are undiagnosed and untreated,” said Wynchank.

This can have a negative impact not only on various areas of the person’s life, but also on the economy. People with the condition are more likely to encounter problems at work and may need more time off, especially if they also have family problems. The quality of their work may also be of a poorer standard than that of their colleagues.

Troublesome diagnosis
Making a diagnosis is complicated because that the symptoms in adults are more varied and subtler than in children. Those living with the condition may also experience other mental illnesses, such as depression or anxiety, and show symptoms of these disorders. In assessing adults for the disorder, mental healthcare professionals will usually check a patient’s physical condition, take a look at his or her medical history and may even interview close family or friends to build a thorough profile, in addition to examining symptoms.

Treatment of the condition mainly involves a combination of medication and psychotherapy, which is used to manage rather than to cure the disorder.

“This is one of the most effectively treated psychiatric disorders, with patients describing a complete reversal of symptoms and improved quality of life,” Wynchank said.

Furthermore, adopting a healthy lifestyle offers benefits not just for ADHD, but also for many other mental illnesses. Patients can attend support groups too, where they will find understanding and encouragement from people who understand their problems. They can learn from others and discover new ways to keep symptoms under control.

Although there is a lot of debate about the existence of adult ADHD, finding out whether you may have the symptoms that characterise this condition can be a great help in watching out for on possible symptoms in your children, especially because, according to Wynchank, ADHD has been proven to be inherited.

“Often, the parents of children I treat for ADHD describe their own similar childhood difficulties,” she said.

Learning how to manage the condition and live a full life despite the challenges you have had to face can be a great resource in helping your children to overcome similar problems during their school-going years and beyond.

Symptoms of ADHD in adults

Channelling the energy of ADHD