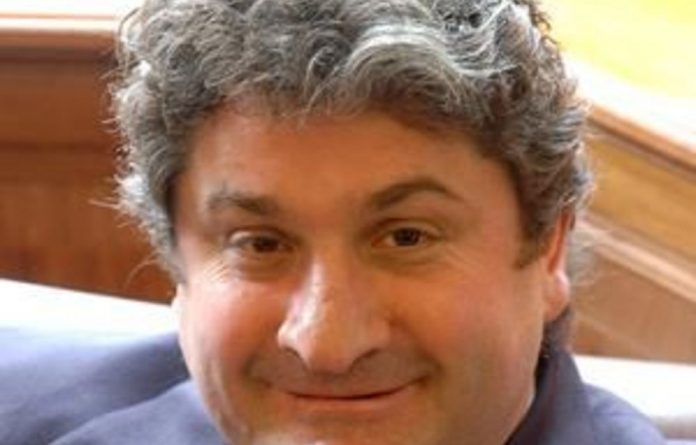 The timing of the play Comrade Babble’s staging is rather uncanny. Poet, playwright and activist Allan Horwitz’s new political satire on the life and times of Brett Kebble comes in the midst of yet another absurd twist to the tragic drama that was the controversial businessman’s 41 years of life.

On May 4, the day the play was set to open, the executors of his estate were scheduled to appear in the South Gauteng High Court to battle the ANC for an ever-shrinking pot of gold that, “after a series of negotiations”, has been trimmed from R14-million to R250 000.

Although the trustees argue in court papers that no value was received for the money paid, the ANC argues — some may suggest shamelessly so — that “Kebble obtained the benefit of access to political decision-makers and lawmakers that would be beneficial to him both directly and indirectly by virtue of its benefits to the companies in which he had an interest”.

The money, the ANC says, also enabled Kebble “to promote for his benefit and that of those companies in which he had an interest conditions more favourable for the conduct of his business”. City Press reported that in an amended plea through attorney Brian Kahn, the party later denied having received the money.

Tales of Kebble’s largesse and how he had several members of the ANC and its youth league firmly in his pocket have been in the public domain for some time now, serving to caricature those implicated to embarrassing effect. Taken in his early social context, in which the doughy Kebble was surrounded by macho manifestations of manhood, Horwitz frames his rise to fame and power as “the revenge of the fat boy”. However, the writer’s deeper interest lies in the archetypal significance of this self-styled Randlord.

“Kebble was an out-and-out conman who confused people with his tongue,” said Horwitz during an interview at a Rosebank coffee shop. “During his emergence in the mid-Nineties the mines retrenched 400 000 workers in five years. Kebble initially symbolised a promise to change. His rise posed the question: Was there indeed a patriotic bourgeoisie? But he was not the only con man around —”

Horwitz, a former trade unionist, said the play’s satirical bent allowed him “to tell a few home truths about our situation, using a medium that is not propagandist” and accessible to people beyond the radical left.

The dynamic yet treacherous “Comrade Babble”, who comes back from the dead to tell his side of the story, has suitably mythical and Renaissance-era monikers such as Mephistopheles and Medici. He keeps the company of a Mafia don named Butch Deratti, has a youth league leader named Professor Ndlovu (Orlyfunt Holdings, perhaps?) on his payroll and is offed by a hitman going as Mshini de Boom.

Directed by Alby Michaels, the play sees Lebohang Motaung and David James go through six characters. Comrade Babble opens on May 4 at the Market Theatre Lab and runs until May 13. Saturday night’s show will be followed by a discussion on “Kebbleism”, chaired by Centre for Civil Society director Professor Patrick Bond.

SIU to investigate tenders between water and sanitation department and...