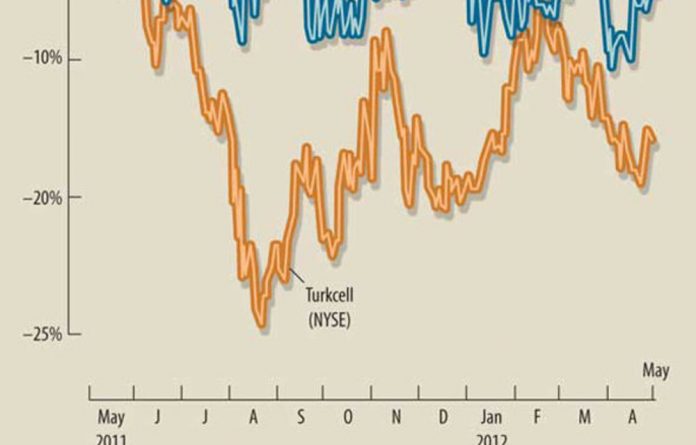 Rupert Murdoch’s media conglomerate conceded on Tuesday night that British MPs had fastened on “hard truths” in a parliamentary report into the phone hacking scandal that also concluded he was “not a fit person” to exercise stewardship of a major international company.

A chastened News Corporation accepted that the culture, media and sport select committee was right to highlight “serious wrongdoing at the News of the World” and its response to hacking allegations was “slow and too defensive”. It also accepted the committee’s verdict that former employees misled Parliament, including the former editor of the News of the World.

But Murdoch’s company adopted a more defensive tone in responding to the MPs’ hostile description of its 81-year-old patriarch, noting it considered the verdict “unjustified and highly partisan” because it was only agreed after a vote that saw five Labour MPs and the sole Liberal Democrat, Adrian Sanders, outvoting a Conservative bloc.

The criticism of Murdoch travelled the world and Murdoch titles such as The Times and The Wall Street Journal were among those repeating the “not a fit person” quote prominently. The remarks even had the apparently paradoxical effect of boosting News Corporation’s share price in New York by 34c to $20.18 by lunchtime — a move some analysts put down to the belief that the day’s events heralded the point at which the company would sell its United Kingdom newspapers.

The influential Wall Street media analyst Rich Greenfield said United States investors “would love to see News Corp sell off their UK newspapers”, including The Sun and The Times titles, and a declaration by the media regulator Ofcom that the company was unfit to continue holding its 39.1% shareholding in BSkyB would allow it to raise cash in excess of its implied market value by selling down the stake.

The media regulator, Ofcom, said its separate inquiry into whether News Corp was a “fit and proper” owner of a 39% stake in BSkyB was continuing and insiders said it would monitor the hacking-related criminal cases and the Leveson inquiry before deciding whether to take any action. If it concluded that News Corp was not “fit and proper”, it could force the company to sell its stake in BSkyB.

In a separate memo to staff, Murdoch said he found it “difficult to read many of the report’s findings”. He added: “We certainly should have acted more quickly and aggressively to uncover wrongdoing. We deeply regret what took place and have taken our share of responsibility for not rectifying the situation sooner.”

A chaotic press conference laid bare the divisions between Labour and Conservative MPs in terms of Murdoch. Tom Watson, the Labour MP who drafted the passage of the report criticising the media mogul, said Rupert and James Murdock now had to answer for News International’s “rampant cover-up”.

“Everybody in the world knows who is responsible for the wrongdoing of News Corp: Rupert Murdoch. More than any individual alive, he is to blame. Morally, the deeds are his. He paid the piper and he called the tune.”

Louise Mensch, a Conservative, distanced herself from Watson’s rhetoric. She said the Murdoch claim was outside the scope of the committee and risked undermining its report.

“That will mean it will be correctly seen as a partisan report and will have lost a very great deal of its credibility, which is an enormous shame,” she said. Mensch added that the remarks about Rupert Murdoch prevented the Conservative MPs voting for the final report, which was passed by six votes to four.

According to the document, Rupert Murdoch “did not take steps to become fully informed about phone hacking” and “turned a blind eye and exhibited wilful blindness to what was going on in his companies and publications”.

The committee concluded that the culture of the company’s newspapers “permeated from the top” and “speaks volumes about the lack of effective corporate governance at News Corporation and News International”. That prompted the MPs’ report to say: “We conclude, therefore, that Rupert Murdoch is not a fit person to exercise the stewardship of a major international company.”

In the report there were also some passages critical of the Murdoch family that met with cross-party approval. One paragraph, approved by nine votes to one, said the committee found it “simply astonishing” that it took Rupert and James Murdoch at least two and a half years, between 2008 and the end of 2010, to conclude that the company line — that hacking was confined to a single rogue reporter, jailed former royal editor Clive Goodman — was “untrue”.

The only dissenting voice was that of Therese Coffey, a Conservative MP. James Murdoch was accused of failing to appreciate the significance of the News of the World‘s hacking when he signed off the secret £700 000 phone-hacking payment to the chief executive of the Professional Footballers’ Association, Gordon Taylor, in June 2008.

Similar accusations were levelled at Murdoch over the “for Neville” email, which appeared to show that hacking was more widespread than Goodman when it became public in 2009, and for his response to the investigations by Parliament in February 2010 and The New York Times in September 2010.

But allies of James Murdoch said he was pleased the criticism did not go any further and that the MPs did not conclude he had misled Parliament.

That was reserved for three others. Les Hinton, the former executive chairperson of News International and a lifelong associate of Murdoch, was “complicit” in a cover-up at the newspaper group. It accused Colin Myler, a former editor of the News of the World, and the paper’s former head of legal affairs, Tom Crone, of deliberately withholding crucial information and answering questions falsely. Minutes published by the committee showed the MPs were in agreement that Hinton, Myler and Crone had misled Parliament — a charge all three denied. —