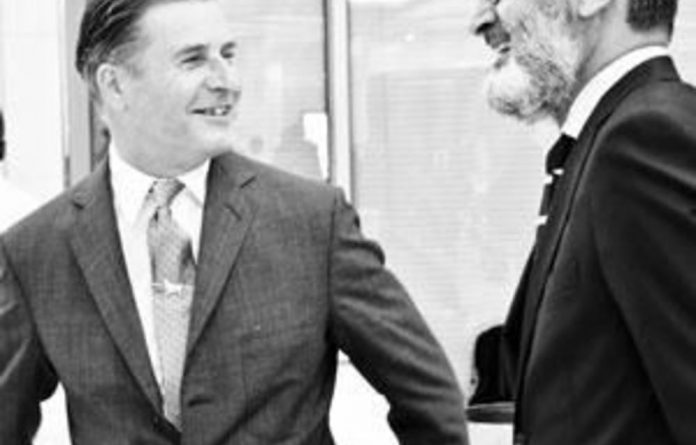 At a time when the declining economy is decimating brands that have historically dominated the British high street — Woolworths (the English version), Habitat, Aquascutum and more recently the Game Group (also no ­relation) — other British brands are on the up and up.

Aquascutum, the 160-year-old ­luxury clothing brand, recently closed its factory in Corby and this was just the start of a series of collapses of United Kingdom retail brands, including Jane Norman and Barratts.

Jeremy Hackett, co-founder of Hackett London, told the Mail & Guardian last week — on the eve of the opening of his flagship store in Sandton — that the failure of many of these brands was because they did not understand their customers.

“Traditional brands try to be trendy and fashionable and end up losing core customers without ­actually attracting the fashionable customers,” said Hackett. “We are not high fashion or trying to be high fashion. We are classical and sell the romantic vision of Britishness.”

Dressed in a navy-blue suit, Hackett claimed appropriately that “the perfect suit is a navy-blue suit that is classically cut, made with good cloth and something that does not date”.

Hackett London, the quintessential British men’s outfitters, was founded in 1983 by Hackett and Ashley Lloyd-Jennings. They sold ­second-hand vintage clothes in a small shop located in what was deemed the “wrong end” of trendy King’s Road at that time.

“We are perceived as a heritage brand even though we are only 30 years old. But people think we are 130 years old. It works for us,” said Hackett.

Hackett London has 37 stand-alone stores and 44 concessions worldwide. The Sandton store is one of two in South Africa; the other is at OR Tambo International Airport. The franchise in South Africa was made possible through a partnership with local investor Moosa Mayet.

Mayet is director of Hackett London in South Africa and has also partnered with labels such as Timberland. According to Mayet, “the art of dressing stylishly has unfortunately declined over several years. Institutions such as Hackett are a throwback to a time when people took pride in their attire and fussed over their appearance.”

In the past few years the brand has expanded its retail and wholesale sector globally and reported export sales growth of 1?500% overall and a 200% growth in turnover, thereby turning its losses into profit.

Hackett London was recently awarded a 2012 Queen’s Award for enterprise in international trade for its continuous growth of export sales and overall company performance.

Part of the company’s success lies in sponsorship deals with sporting and social events such as the Oxford-Cambridge boat race and the ­British Academy Film and Television Awards, as well as its long-standing association with Aston Martin, the British manufacturer of large luxury sports cars.

Very British
“David Richards [chairperson of Aston Martin] suggested we do something together, so Hackett puts together the Hackett London Aston Martin clothing ranges and we pay them a royalty,” said Hackett of the partnership. “We are working on a special tweed collection for Aston Martin. We are known for our tweed. It is very British but will have an urban feel to it.”

Personal tailoring is also a growing business, according to Hackett. ­”People are fed up with constantly buying new things — they want to invest more in the more personal touch and individuality.”

Hackett, famously known as “Mr Classic”, is also a columnist, blogger and author. In 2007 he published a coffee-table book, Mr Classic, about the stereotypical British taste for the finer things in life.

Hackett London will showcase its clothes at the London Fashion Week for the first time this year and there is a store in the pipeline on ­London’s famous Saville Row.