Swaziland airport fails to lift off 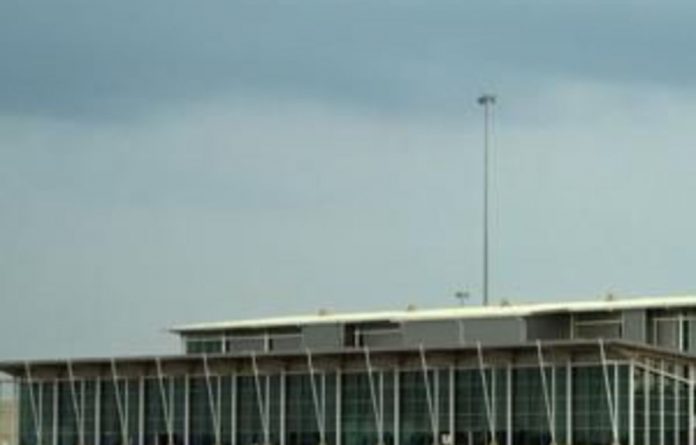 The glossy promotional materials produced at great expense by overseas private consultants claimed that Swaziland’s new airport would be open in time for the World Cup in 2010.

But more than 12 years since the project was first announced and nearly a decade after construction began, Sikhuphe International Airport remains unfinished and has no known completion date and no airlines signed up to fly there.

The project, which is estimated by some to have cost up to $1-billion, was condemned from the start by the International Monetary Fund and activists who urged the government not to waste the country’s limited resources on what has been labelled a “royal vanity project”.

Designed with a runway to accommodate the world’s largest plane, an Airbus A380, government literature on Sikhuphe forecast an annual passenger turnover of 250 000 to 300 000, an almost fivefold increase in the numbers passing through the existing airport at Matsapha, near Manzini.

There are only a handful of flights a day out of Matsapha, all to one destination, OR Tambo International Airport in Johannesburg. All are operated by Swaziland Airlink, a joint venture between South African Airways Airlink and the Swaziland government.

Driving over flying
Regular travellers say the aeroplanes, usually a 40-seater Embraer 135, are rarely even half-full because most people shun the R2 690 return ticket, preferring to drive.

Swaziland’s government says the new airport, which is in a remote location more than 80km east of the capital Mbabane, is necessary because it will offer more landing space for bigger planes that cannot be accommodated at Matsapha and will drive foreign investment, exports and tourism.

But democracy activists have criticised the project and its apparently bottomless budget.

“We are spending hundreds of millions on an airport we do not need and cannot afford to run,” said Musa Hlophe, from the Swaziland Coalition of Concerned Civic Organisations. He lamented the lack of investment in job creation in a country in which 67% of the population lives in poverty and 40% is out of work.

“Sikhuphe does not address the fundamental problems facing the Swazi economy — those of poverty, unemployment and wealth inequality. In years to come this airport will be seen as a monument to this government’s political arrogance and economic ignorance,” Hlophe said.

Deprose Muchena, deputy director of the Open Society Initiative for Southern Africa, told the Mail & Guardian: “This is one of these misplaced large infrastructure investments that are usually part and parcel of a government that really does not have its priorities right.”

Muchena said Swaziland should be investing its limited resources in health and education, rather than trying to show its ­progress with a physical structure.

“I believe a rethink of development strategy is badly needed in Swaziland for the state to re-evaluate how it can help Swazi citizens overcome the triple burden of poverty, unemployment and inequality,” he said.

Defending the project, Sabelo Dlamini, director of marketing and corporate affairs at the Swaziland Civil Aviation Authority, said: “It is quite true that we are a small country, but it is a question of visionary thinking.

“We fully understand why questions should be asked, but at the same time, do we remain like this forever and have no right to envisage what we want to be in the future because we are too poor to think of the future?”

The new airport has been dogged by delay and controversy and has involved a string of overseas consultants and companies from Taiwan, South Africa, Egypt, the Middle East and the United Kingdom.

The opening date has been announced and then put off on a number of occasions and construction has been stop-start because of the turnover of companies involved and unpaid bills.

Derek du Plessis, a director at S&B Swaziland, a subsidiary of South African-based Stefanutti Stocks that is working in a joint venture with Swaziland’s Inyatsi Construction to build the terminal, radar tower and other buildings, admitted his firm had been a victim of the government’s cash-flow crisis.

But he said bills had now been paid and the terminal building — which cost R400-million — was now “99% complete”.

Du Plessis, a South African who has lived in Swaziland for 12 years, said the airport was situated in a good location and would help to develop the country.

“You’ve got to have infrastructure to have development; it doesn’t work the other way around,” he said, pointing out that Sikhuphe offered a good alternative to OR Tambo International Airport, which had expensive landing fees. He said the airport, which only had two departure gates and was not as big as some were suggesting, was close to tourist destinations in Mozambique and the Kruger National Park.

Qatar leading the way
Despite various claims from government officials and even King Mswati III in the Swazi media that international airlines were queuing up to fly into Sikhuphe, Dlamini admitted that no contracts had been signed yet because of uncertainty regarding the airport’s opening. But talks with Qatar Airways were at an advanced stage, he said.

A spokesperson at Qatar Airways’ Doha headquarters denied there were plans to fly into Swaziland or to use Sikhuphe as an “African hub”.

Timeline of a struggling millennium project
2000: King Mswati announces $1-billion will be spent on ­millennium projects, including a new international airport to replace the existing facility at Matsapha near Manzini.

2004: South Africa’s BKS Global is named as adviser. It says the airport will be operational by 2007.

2006: Swazi media reports that the runway is “nearly complete”.

2007: The European Commission issues a safety ban on all Swazi airlines.

2008: Swazi Express Airways announces it is closing, leaving just Swaziland Airlink — a joint venture between the Swaziland government and South African Airways Airlink — to serve the country’s only route between Manzini and Jo’burg.
JULY: In a leaked cable, the United States ambassador to Swaziland, Maurice Parker, raises concern about safety at Matsapha Airport, citing regular bird strikes, power failures and industrial action. British-based Vector Management Limited launches a promotional video and marketing brochure about Sikhuphe and pledges the facility will be open in time for South Africa’s hosting of the World Cup in 2010.

2009: Construction begins on the main terminal building, led by S&B Swaziland, a subsidiary of South African-based Stefanutti Stocks, working in a joint venture with Inyatsi. Prime Minister Barnabas Sibusiso Dlamini says he is confident the new airport will be operational by June.

2010: King Mswati says Abu Dhabi-based Etihad Airways is interested in flying to Swaziland.
MARCH: The government reports that damage to the terminal building caused by a tornado will delay the promised opening time.
OCTOBER: Mswati tells investors in Kuwait the airport will be ready ahead of schedule in March 2010. A US cable reports a claim from Taiwan’s ambassador to Swaziland that Taiwan “donated” the new airport terminal to Swaziland.
OCTOBER: The prime minister admits that the government has fallen behind in payments to contractors, workers are laid off and construction comes to a halt.
DECEMBER: The Swaziland Civil Aviation Authority is established to prepare for the opening of the airport. Vector Management Limited ceases to be involved with the Swaziland government; no reasons are given. Local media report that spending on the airport will likely top $1-billion.
The IMF calls for a reduction in “non-priority expenditure” owing to “substantial fiscal challenges” caused by a large drop in revenues from the Southern African Customs Union.

2011: The national budget allocates R299-million for the completion of Sikhuphe and additional money for link roads, marketing and training.
MARCH: Economic Planning Minister Prince Hlangusemphi tells Parliament he is unsure when the airport will be finished.
APRIL: Reports are released that Taiwan’s ambassador to Swaziland has handed over a cheque worth more than R4-million to clear unpaid bills owed to Taiwanese design and engineering firm CECI, which oversees the terminal construction.
JULY: Sikhuphe is shortlisted for the African Airport of the Year Award by a Routes Africa 2011 conference in Mali.
SEPTEMBER: Finance Minister Majozi Sithole says the government plans to use a large chunk of a possible loan from South Africa to pay for construction at airport.
OCTOBER: Construction work on terminal grinds to a halt again because of unpaid bills.
DECEMBER: The Swazi media report a claim by the ambassador to Qatar, Felizwe Dlamini, that Qatar Airways will fly into Sikuphe and relocate its African base there from OR Tambo International Airport.

2012: The government announces a customs union windfall of R7-billion.
FEBRUARY: Construction resumes at the terminal and the radar tower is assembled. R2.3-billion is allocated in the national budget for “ongoing capital projects” including the new airport. It is more than double the amount allocated for healthcare.
APRIL: King Mswati takes delivery of a DC9 jet.
MAY: The civil aviation authority admits that no airlines have been confirmed and that the opening date will not be known until later in the year.