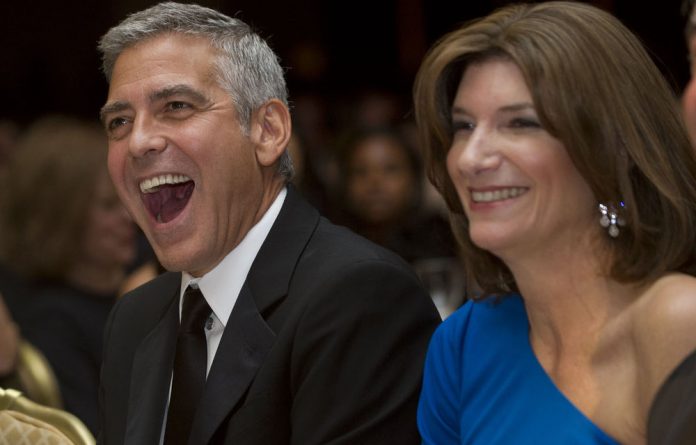 President Barack Obama called his endorsement of same-sex marriage a “logical extension” of his vision for the country on Thursday during a glitzy campaign fundraiser at the home of movie star George Clooney that raised nearly $15 million.

Obama, a Democrat, said on Wednesday he believes gay and lesbian couples should be able to wed, a shift in position that excited his political base around the country and spurred donations to his campaign.

“Obviously yesterday, we made some news,” Obama said to applause from a crowd of 150 people who paid $40 000 a ticket to see the president at the Oscar-winning actor’s home.

“But the truth is it was the logical extension of what America‘s supposed to be. It grew directly out of this difference in visions. Are we a country that includes everybody and gives everybody a shot and treats everybody fairly,” he said.

The issue was especially resonant in California, where many famous actors and actresses support legalising gay marriage. Barbra Streisand, Salma Hayek, Tobey Maguire and Jack Black were among the high-profile stars who dined at tables set up on Clooney’s basketball court.

He picked up the theme of gay rights, saying citizens of Washington state would have a chance to influence the issue.

“Here in Washington you’ll have the chance to make your voice heard on the issue of making sure that everybody, regardless of sexual orientation, is treated fairly,” Obama said to loud applause.

Washington state lawmakers have passed a Bill allowing same-sex marriage but opponents are pushing for a referendum to allow voters to decide the matter and are on their way to gathering enough signatures to get the referendum onto the ballot.

Obama’s campaign revved up supporters with teasers about Clooney, encouraging fans to donate as little as $3 online for a chance to dine with the Oscar-winning actor and the president in Los Angeles.

Jeffrey Katzenberg, head of DreamWorks Animation and a major fundraiser for Obama’s campaign, said the Clooney event raised nearly $15-million for Obama and his fellow Democrats. A campaign official declined to confirm that figure.

“We raised a lot of money because everybody loves George. They like me, they love him. And rightfully so,” Obama said.

Obama noted that a now-famous “Hope” poster with his image from the 2008 presidential campaign was based on a photograph of both Obama and Clooney.

“This is the first time that George Clooney has ever been photo-shopped out of a picture,” he said. “Never happened before, will never happen again.”

More than half of the huge fundraising haul came from small-amount donors who entered a raffle to win tickets to the dinner.

The winners were Beth Topinka, a science teacher from New Jersey, and Karen Blutcher, who works at a public utility company in Florida.

Obama’s support of gay marriage could help boost donations from supporters in his Democratic base who have been pressing him to make clear his position, which he had long described as “evolving”.

Obama’s Chicago-based campaign released a video about gay rights and issued an email in the president’s name discussing his decision and encouraging supporters to make a donation.

At his first fundraiser in Seattle, Obama did not address same-sex marriage in his introductory remarks to a luncheon with 70 supporters who paid $17 900 each to attend. That event was expected to gross $1.25-million.

Musician Dave Matthews performed at a second and larger Seattle event, where 1 800 guests paid at least $1 000 per ticket, which could bring in another $1.8-million or more. Proceeds from all of the fundraisers will go to Obama’s campaign as well as Democratic party funds.

Obama has spent months raising money for his re-election to build a huge war chest to fight Romney for the White House in the November 6 election.