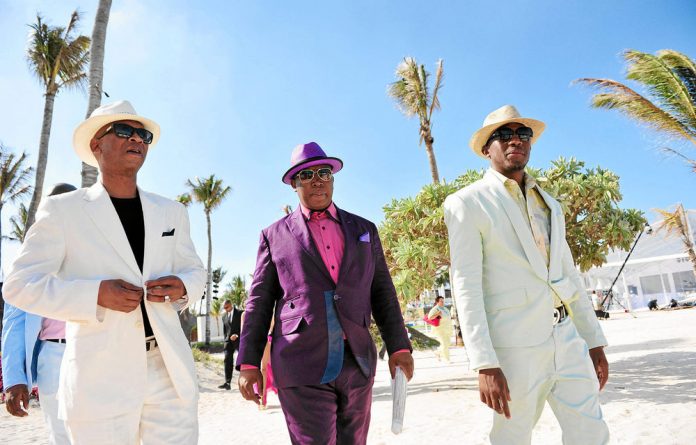 A former business associate of expelled ANC Youth League president Julius Malema, Lesiba Gwangwa, has taken the South African Revenue Service (Sars) to court in a bid to set aside the judicial inquiry established to investigate suspected tax evasion and other related offences.

The inquiry into the affairs of Gwangwa, other businesspeople close to him and Malema, which started last month, is seen by some people as a Sars strategy to obtain comprehensive evidence that can be used against the embattled former youth league leader.

The Mail & Guardian was told that several law enforcement agencies, including the public protector’s office, the special investigating unit and the Hawks, had been battling to get concrete evidence to nail Malema for allegedly accepting kickbacks through his Ratanang family trust in exchange for influencing tender decisions in several departments in Limpopo. Malema has repeatedly denied any involvement in tender decisions in the province. His Ratanang family trust is reported to owe the receiver anything between R15-million and R27-million, but Malema has questioned how the taxman has come to this conclusion.

His supporters believe he has been unfairly targeted because of the stance he has taken against the re-election of Jacob Zuma as ANC president at the end of the year. Malema has previously claimed that state resources were being used to investigate him in an attempt to settle ANC political battles.

The Sars judicial inquiry has subpoenaed a number of senior government officials from Limpopo and businesspeople close to Malema to appear before it. It is expected that Malema will soon be called to appear to answer questions about alleged tax evasion.

Gwangwa now wants the Sars judicial inquiry to be put on hold pending the outcome of the review application. In his court application submitted to the North Gauteng High Court on Thursday, Gwangwa questioned the real motive of the inquiry, describing it as a “fishing expedition”.

He wants the court to set aside the decision by Deputy Judge President Willem van der Merwe to grant ­permission to Sars to establish the judicial inquiry because “there were no grounds to do so”.

Gwangwa said he had always co-operated with Sars and there was no  prior indication that his tax affairs were not in order.

He argued that the Sars claims that he was not co-operating with its officials and had frustrated attempts to investigate his tax affairs and the entities with which he conducted business were false. He also challenged Sars to place evidence before the court in support of the “unfounded allegation of a lack of co-operation by me”.

Gwangwa argued that, as far as he was concerned, an order in terms of sections 74c (5) of the Income Tax Act might be granted by a judge if he was satisfied that there were reasonable grounds to believe there had been non-compliance.

Gwangwa claimed that he had received only one request from Sars for information regarding the tax affairs of one of the corporate entities that forms part of the judicial inquiry. “I have at all times co-operated with the second respondent [Sars] and shall continue to do so,” said Gwangwa.

“The provisions of section 74c (5) of the Income Tax Act are clearer as to the grounds upon which an inquiry such as the present one may be convened. The second respondent [Sars] has never advised me that it suspects me of committing the offences referred to in section 74c (5) of the Act or requested documents from me relating to any alleged offences. Had the second respondent made such a request, I would have complied.”

Gwangwa also wants the court to set aside the appointment of Piet Marais SC as the presiding officer of the judicial inquiry. He accused Marais of being biased in favour of Sars during the inquiry in recent weeks and said he was benefiting financially from other business dealings with Sars.

Marais dismissed an application by Gwangwa and his lawyers during the inquiry proceedings last week to recuse himself. He said he did not believe Gwangwa’s claims about his work for Sars leading to a perception of bias. “I may add that, at any given time, the number of matters wherein I represent taxpayers against the commissioner exceeds the number of matters wherein I act for the commissioner,” said Marais before he dismissed Gwangwa’s application.

Gwangwa has also accused Sars investigators of attempting to influence witnesses during the inquiry to give damaging testimony against him. He claims Sars investigators have worked hard to convince his former bookkeeper, Seraj Ravat, to turn against him, after Ravat allegedly told the inquiry that he had been instructed by Gwangwa to defraud Sars on tax-related matters.

According to Gwangwa, Ravat  made this confession only after he had initially told the inquiry under oath that he took responsibility for failing to submit all Gwangwa’s necessary tax documentation required by Sars.

Gwangwa complained in his court papers that Sars investigators had forced Ravat to claim that he had received death threats the night before he was due to give testimony to Sars on Gwangwa’s tax affairs.

Gwangwa said he was shocked when Ravat claimed on April 26 that he was uncomfortable about answering questions about him when he had already done so during previous sessions. Ravat’s claims that he had received threatening calls led to Marais ordering Gwangwa and his lawyers outside to allow Ravat to give his testimony in camera.

Gwangwa now wants the North Gauteng High Court to force the inquiry to provide the transcript of Ravat’s secret testimony, arguing that not doing so would create irre-parable prejudice to him.

Sars spokesperson Adrian Lackay refused to be drawn on the details of the judicial inquiry. “Sars … does not and cannot comment publicly on the affairs of any taxpayer regardless of whether it is a business, a trust or individual taxpayer. Taxpayer confidentiality is an obligation imposed on Sars by the Income Tax Act, among other pieces of legislation. Sars must respect the legal rights of all taxpayers regarding confidentiality on the one hand, while striving to preserve the integrity of Sars’s own procedures and the integrity of this institution, on the other hand.