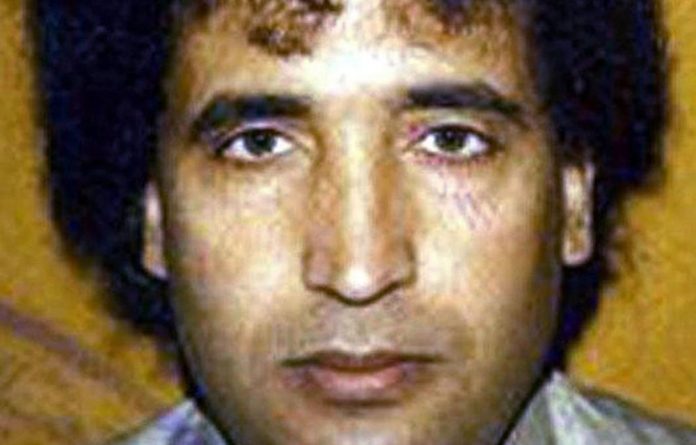 The prime minister said the court case, which convicted Megrahi, was properly conducted and news of his death on Sunday should “be a time to remember the 270 people who lost their lives in what was an appalling terrorist act”.

Scotland’s first minister Alex Salmond, whose government took the decision to release the former Libyan intelligence officer from his life sentence in jail in August 2009 on compassionate grounds, said it was still open to relatives of Megrahi, who always pleaded his innocence, or campaigners to lodge a fresh appeal against his conviction 11 years ago.

He added: “The Lockerbie case remains a live investigation and Scotland’s criminal justice authorities have made clear that they will rigorously pursue any new lines of inquiry. Scotland’s senior law officer the lord advocate recently visited Libya and we have been offered the co-operation of the new Libyan authorities. It has always been the Crown’s position that Mr Megrahi did not act alone but with others.

“It is open for relatives of Mr Megrahi to apply to the Scottish Criminal Case Review Commission to seek a further appeal. And the best, indeed the only, place for guilt or innocence to be determined is in a court of law.”

While families of those who died in the atrocity in 1988 gave differing reactions to the news &ndash some welcoming Megrahi’s death and others supporting his claims of innocence &ndash Libyans largely expressed relief rather than mourning.

Megrahi’s death from prostate cancer was confirmed by his brother Abdelnasser, who was at the house in Tripoli where his dead brother lay. He told the Guardian: “I don’t want to talk right now, I am very upset, I don’t really feel like talking. He’s dead, that’s it, what more do you have to know?”

Accusations
At the time of his controversial release in 2009, doctors estimated Megrahi had around three months to live. The decision prompted accusations that it had been linked to UK attempts to forge trade deals with Libya, then still led by Muammar Gaddafi, and sparked outrage in the US &ndash home to most of the victims on board the flight &ndash after Megrahi returned to Tripoli to a hero’s welcome.

Cameron, in Chicago for a Nato summit, was in opposition when Megrahi was released. “I’ve always been clear he should never have been released from prison”, he told journalists. Questioned about the possibility of an inquiry, he insisted: “This has been thoroughly gone through. There was a proper process, a proper court proceeding and all the rest of it. We have to give people the chance to mourn those that were lost.”

For Labour MP Russell Brown, who represents the Dumfries and Galloway constituency, including Lockerbie at Westminster, there were “still so many unanswered questions” about the bombing. Megrahi’s death “means that the possibility of getting all the truth about the disaster may have died with him”.

In the US, Carole Johnson (68) from Greensburg, Pennsylvania, mother of Beth Ann Johnson, a 21-year-old American student on the plane, said: “This is three years too late. While I’m happy that he is dead, long ago I left it in the hands of God. I know exactly where he is, and I know it is quite hot. I’m sure he and Gaddafi are reunited again.” Frank Duggan, president of Victims of Pan Am Flight 103, said: “He was an unrepentant murderer and now I hope he will finally see justice.”

Briton Jim Swire, whose daughter Flora was killed in the bombing, said Megrahi’s death was a “very sad event”. Swire, a member of the Justice for Megrahi group, said: “I met him face-to-face in Tripoli in December last year, when he was very sick and in a lot of pain.

“But he still wanted to talk to me about how information which he and his defence team have accumulated could be passed to me after his death.” Swire added: “Right up to the end he was determined &ndash for his family’s sake, he knew it was too late for him &ndash how the verdict against him should be overturned”.

Three judges who tried the case without a jury at Camp Zeist in the Netherlands were under “tremendous pressure” to return their guilty verdict of January 2001. “The prosecution case against [Megrahi] held water like a sieve … We have accusations of the key witness having been bribed for testimony; a multitude of serious question marks over material evidence, including the very real possibility of the crucial fragment of printed circuit board [from the bomb] having been fabricated; discredited forensic scientists testifying for the prosecution; crown witness testimony being retracted after the trial and, most worryingly, allegations of the crown’s non-disclosure of evidence which could have been key to the defence.”

In the streets around Megrahi’s luxurious home, a villa set behind high walls in Tripoli’s upmarket Hai Damascu neighbourhood, many said his death was a reminder of an era they preferred to forget. “All Libyans know his face, and we know that he put us back maybe 10 years,” said Arfa Mohamed, a 25-year-old cashier at a nearby fast food shop. “Thanks to him it gave the outside world a view of Libyans as terrorists.”

For ordinary Libyans his position as a security official with the Gaddafi administration, and the expensive villa he was given, marked him out as part of the former regime.

“Was he innocent or guilty, only God can know,” said Mohammed Ferake, in a hardware store close to Megrahi’s villa. “I never saw him, his family never shopped here. The [Lockerbie] case did not help Libya … After that, Libya was given a bad name around the world. Because of that, all that Libyans were known for was Gaddafi and his oppression.”

Megrahi’s death also touches on the increasingly controversial subject of the prevalence of former regime officials in Libya’s transitional authorities. While the Gaddafi-era security apparatus was destroyed in last year’s war, much of the administration remains intact, albeit under new masters. – © Guardian News and Media 2012