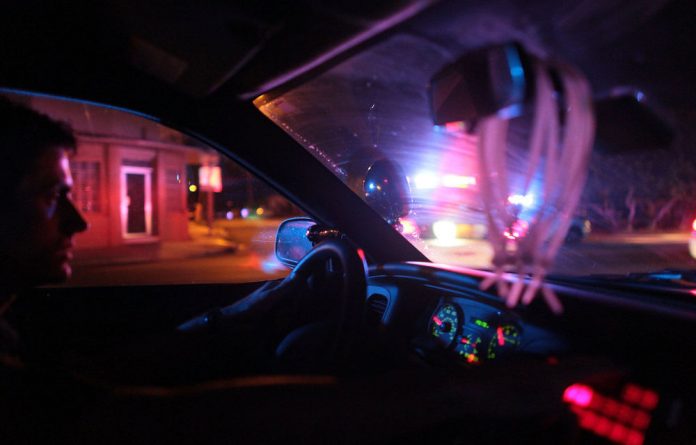 Alexander Kinyua hid the head and hands of the dead man in his family’s basement laundry room in a suburb of Baltimore, according to the sheriff’s office. Kinyua, a student at Morgan State University, was charged earlier in May in another attack in which the victim was brutally beaten but survived.

Kinyua is charged with first degree murder and other charges in the death of 37-year-old Kujoe Bonsafo Agyei-Kodie of Ghana. He was ordered held on no bail.

His public defender did not return a call seeking comment and a voicemail left at Kinyua’s home was not returned.

Sheriff’s spokesperson Monica Worrell said the chief medical examiner had not yet officially identified the body parts, but that authorities believe they are those of Kodie, who was reported missing May 25. His cellphone and wallet were left in the home and police were initially told he had gone for a run.

Human remains
On Tuesday, Kinyua’s father, Antony Kinyua, called detectives and reported that another son, Jarrod, found what he thought were human remains in the house where they all lived in Joppatowne.

According to charging documents, Jarrod and his father went to the basement, where Jarrod “observed that the items he observed were gone and Alex Kinyua was cleaning the container he observed them in”.

Detectives obtained a search warrant and found the head and hands in the house. Police say Alexander Kinyua admitted to killing Kodie by cutting him up with a knife and eating his heart and part of his brain.

Authorities say Kinyua told detectives the rest of the body could be found in a trash container at the Town Baptist Church in Harford County where they discovered remains.

Growled at officers
The attack comes in the same week as a man in Miami chewed away another man’s face along a busy highway and wouldn’t stop until an officer shot him to death. Witnesses say 31-year-old Rudy Eugene growled at the officer and continued to chew away.

The victim, identified as 65-year-old Ronald Poppo – a homeless man who lived under the causeway – was in critical condition and will be permanently disfigured.

On May 19, Kinyua beat a man with a baseball bat on Morgan’s campus, fracturing his skull and making him lose sight in one eye, according to Baltimore police spokesperson Anthony Guglielmi. Kinyua was arrested May 20 and released on $220 000 bail.

According to court records, the victim, Kodie, was convicted in November 2008 in Baltimore County of sex offence and assault in September 2007 and harassment, stalking and telephone misuse for making repeated calls in 2007 and 2008 to a woman. He was sentenced to at least a year and a half in jail. – Sapa-AP