Verashni Pillay: DA vs Cosatu and the lessons they offer 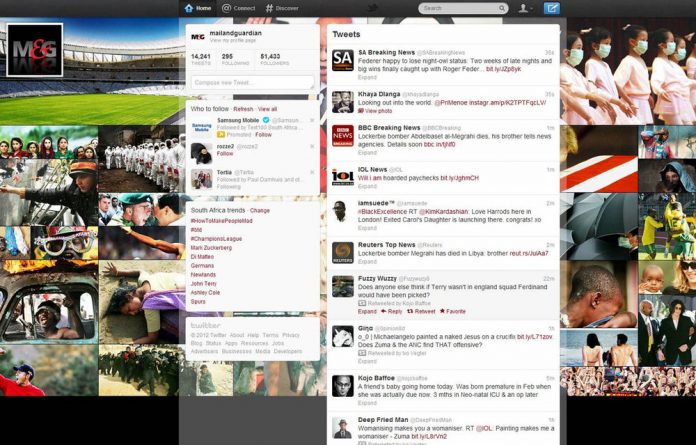 Something remarkable happened this weekend. I blinked when I saw it on my Twitter feed, and refreshed my browser just to be sure. Politicians from opposing groups had managed to disagree without calling each other monkeys, cockroaches or other derogatory terms favoured by crazed murderers from Rwanda to Nazi Germany.

We'd come a long way, I marvelled. Especially when one considered that the politicians in question were Cosatu's Zwelinizima Vavi and a number of DA politicians. About two months ago the labour federation and the party's official opposition's idea of a disagreement was hurling rocks at each other in one of the bloodiest marches to grace the streets of Johannesburg in recent times.

But on Sunday something bizarre happened. They disagreed, amicably, based on facts and without resorting to even one comment based on personal appearances. It was almost boring. I had expected more.

On Saturday the DA had released its most comprehensive economic plan to date, which was subsequently lauded by analysts as being detailed and insightful. Yet it also intensified the opposition party's assault on much that the unions hold dear with proposals for job zones with more relaxed labour laws, pushing ahead with the youth wage subsidy and more.

Vavi, who has famously not left Twitter after once threatening to do so, was prodded into reacting on the platform on Sunday. After he cheekily pronounced he had not read the documents, but could guess what they were about with his eyes closed, I settled in to watch the fireworks. But if I was expecting a Twitter version of the DA march to Cosatu, or even a replay of Helen Zille or Lindiwe Mazibuko's sometimes spectacular twitter spats with others, I was in for a pleasant surprise.

"Read Helen Zille opinion in the Sunday Independent – with due respect saw nothing new – it rehashes what's on the table already," tweeted Vavi, before going on to show where he agreed with the DA and where, and why, he disagreed with them. Mazibuko and others responded in a factual manner, and that was it.

No doubt there will be further discussion about these plans and what it means for labour but hopefully it will continue in the manner in which it has started. Do we owe this to the departure of one Julius Malema from our mainstream political discourse? Perhaps. It's easy to forget Malema's worst moments, since he's attempted to reinvent himself as a more reasoned critic of Zuma's excesses.

But if it were him at the receiving end of the DA's plans we would have probably had a repeat of his choice insults against the opposition leader: telling us that she dances like a monkey, is a racist little girl  and, in one shocking case, going so far as to call her a cockroach.

These were horribly low points in our political discourse and a period I hope the party of Nelson Mandela is deeply ashamed of. Although the DA rose to the bait too sometimes, with Zille making the mistake of labelling Malema an "inkwenkwe", which refers to an uncircumcised boy. But all of that was a long time ago, in news years, and given this weekend's discussions part of me hopes for a more enlightened period of political engagement.

If the rest of South African politics can take their cue from this sort on tone in discussing differing political positions, our democracy is indeed maturing. Sadly, I'm not sure if that is to be the case, if weekend reports on politics within the ruling ANC are anything to go by. Forget words. They can't break you right? But the proverbial sticks and stones can.

Twelve ANC leaders have reportedly been murdered in politically-motivated cases, according to a City Press investigation. On the opposite end of the scale of factual and respectful engagement is the murderous insanity that has enveloped the darkest parts of the ANC's inner workings. People are dying for blowing the whistle on corruption, or even merely disagreeing with each other politically.

I know which model of political disagreement I, and the majority of South Africans, would prefer. I just desperately wish it would win out over the other kind, and the madness it threatens to plunge us into.