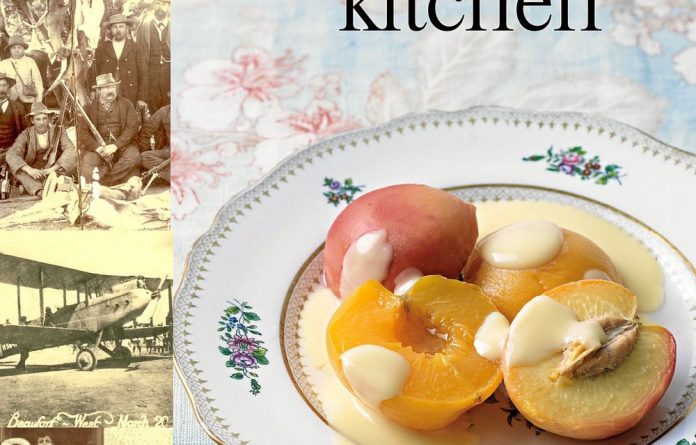 Sydda Essop is the author of a new and unusual South African cookery book. Karoo Kitchen: Heritage Recipes and True Stories from the Heart of South Africa is a portrait of connected provinces where cuisine has a truly regional character.

This is owed, in part, to the desert climate of the Karoo, which is conducive to the rearing of sheep, ostrich and venison. And, in true desert style, every part of the animal is used.

As a sparsely populated area, different cultures have had great influence on one another. In the book Essop explores individuals and their favourite dishes. On a broader level one becomes aware of the narrative: how the early indigenous Khoisan and Xhosa people came to know the Dutch, British, French, Portuguese, Indian and Jewish settlers through culinary pursuits.

In the 1980s Essop, who hails from Beaufort West, was an anti-apartheid community activist, but she had a formal training in fine art. In 2003 she founded the Karoo Gender Forum that has taken her into homes across the region. Her journeys provided the inspiration for her book.

You were born and bred in ­Beaufort West and you still live there today?
Yes, I am — my father was also born in Beaufort West, but my grandparents came from India. We lived in town and I grew up with them. My grandmother was my role model. She died in the 1970s. We stayed with them until the group areas [Act]. After that we had to leave town and my dad built a house on the outskirts of Beaufort West.

My grandparents had a general dealership. After matric my father wanted to study law, but my grandfather said no — being an Indian boy he had to take over [the business]. When he married my mom, who came from India as well, she decided she wanted to be her own person. So she and my dad opened one of the first cool-drink factories in Beaufort West. It was called Sonsap.

It is interesting that you have made a jump from the kind of activism you do to creating a book like this. Were you always interested in home economics and the households of that region?
I come from a very strong food culture. We grew up with strong traditional cooking and that is what I instilled in my daughters when they were growing up. But it was always mixed with Afrikaner elements, English, Xhosa, coloured and indigenous communities. For me it was very interesting. That is why, when my daughters married, I decided I was going to become involved with my sisters in their business in supermarket retailing. And that is where I really became more concerned — although I was already involved with activism — with how people eat, what they eat.

As I was travelling through the Karoo with social development, with the gender issue, I was visiting homes where I could see they hadn’t eaten for the day. And I needed to write about it. But I also felt that we are so divided as communities. We still are. I felt that apartheid is still alive in rural South Africa, but what are we doing about it? The politicians are not doing anything about it.

About 10 years ago I thought that I needed to do this. And eventually, five years ago, I said to myself I’m just going to take this plunge. My friends were saying I was crazy; it has been done before. But you get a gut feeling where you know you are on the right track, so I had to sell everything — my house in Cape Town, my shares in the business — because I needed to live for five years. I mean, no one knows Sydda Essop. Who’s going to fund me?

Is there a good restaurant in Beaufort West?
Not really. You get Steers and other franchises. The best restaurants are in Prince Albert. It is such a beautiful town because it is close to the Small Karoo, so it’s fairly green. It has beautiful buildings. It has guest houses, big farms.

But I would never move there. I would miss the dry, dry, arid Beaufort West. It’s really part of me.