Righting the wrongs of school costs 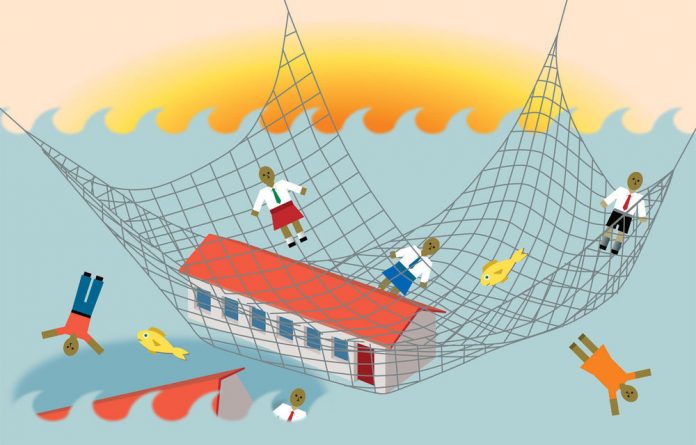 In the now widely referred to case of Governing Body of the Juma Musjid Primary School & Others versus Ahmed Asruff Essay NO and Others, the Constitutional Court made it clear that access to schooling is an important component of the right to basic education.

It said: "Basic education provides a foundation for a child's lifetime learning and work opportunities … Access to school — an important component of the right to a basic education guaranteed to everyone by Section 29(1)(a) of the Constitution — is a necessary condition for the achievement of this right."

In 2002, the education minister, Kader Asmal, announced a review of the funding framework for public schooling. He was responding to mobilisation by civil society to the effect that school fees and other schooling costs posed a serious barrier to education for many pupils.

This review resulted in significant reforms. These included the introduction of fee-free schooling, the strengthening of the fees exemption policy and anti-discrimination provisions protecting poor pupils at schools that continued to charge school fees. For example, it is illegal to withhold a pupil's report or to stigmatise or treat pupils differently because of the non-payment of school fees. Schools are obliged to inform eligible parents of their entitlement to an exemption and to process exemptions in terms of a set formula. Families living on social grants are automatically exempted from school fees.

As a result, in the past few years rights-based education debates and advocacy have shifted almost entirely away from the issue of access to the issue of the quality of education. Yet evidence suggests that the cost of schooling, in particular quality schooling, remains a barrier for many poor pupils.

In South Africa and internationally, enrolment rates are often used to measure access to education. A study on access to schooling conducted by the Centre for Applied Legal Studies at the University of the Witwatersrand and Social Surveys Africa between 2007 and 2010 noted that pupils may enrol at a school, but many drop out or struggle to attend school for a variety of reasons.

The study therefore proposed a broader definition of access, one that took into account indicators such as dropout rates, the proportion of pupils who repeat a grade or who are not starting school at the right age and those who miss school temporarily for extended periods.

A wider definition
Within this wider definition of access, the centre for legal studies and social surveys study suggested that poverty and poor socioeconomic conditions have the greatest effect on pupil retention at schools. A pupil's chance of being out of school increases as the socioeconomic status of the household decreases. Also, pupils from informal settlements and from rural areas are more vulnerable to dropping out of school completely, missing school for more than a year or repeating a grade.

By some estimates South African enrolment rates are as high as 98% during the compulsory schooling phase (grades one to nine). However, enrolment rates decline significantly after this phase, to about 85% — suggesting a significant dropout rate in the higher grades.

Research and available data suggest that schools fees continue to have an effect on access despite the Asmal reforms. The general household surveys have over the past few years consistently cited fees as the main reason why individuals are not attending an educational institution.

The study by Social Surveys Africa and the Centre for Applied Legal Studies says that the manner in which school fees affect access to education is complex. Although less than 1% of pupils who participated in the study reported being denied access to schools because of fees,  stigmitisation and social exclusion for non-payment of school fees had a greater effect on pupil attendance. This suggests that the anti-discrimination provisions in place to protect pupils who cannot afford to pay school fees are not working.

At the same time, lack of money for school fees continues to be the main reason for non-attendance in fee-paying schools. The general household surveys suggest that, since 2007, there has been a dramatic increase in attendance at those schools that government has declared to be no-fee schools. By last year, 55.6% of pupils did not pay school fees and 96.5% of these pupils were attending no-fee schools.

Enrolments have increased at no-fee schools, but a poor pupil's chances of accessing a fee-paying school are minimal. Fee-paying schools are generally the better resourced schools with better educational outcomes. The household survey notes that only 5.9% of pupils benefited from fee exemptions in 2011. A 2009 study conducted by the Alliance for Children's Entitlement to Social Security attributed the low uptake on exemptions to an ongoing reluctance by many schools to implement exemption policies, in effect ignoring the law on this issue.

Inconsistent application of policy
In 2011, the basic education department's "norms and standards for school funding" were again amended to enable fee-paying schools to be compensated for exemptions. The purpose of this provision is to encourage fee-paying schools to admit poorer pupils who would be eligible for an exemption. Early indications suggest that this compensation provision is inconsistently applied between the provinces and in certain cases schools are compensated for only a fraction of revenue lost by exemptions.

The Alliance for Children's Entitlement study and a 2008 study by the Institute for Democracy in South Africa (Idasa) into the implementation of the funding framework note widespread injustices caused by the inaccurate poverty ranking of schools. In terms of the Asmal reforms, this ranking is determined according to the level of poverty in its geographical location. Each public school is ranked into one of five categories (called quintiles) and its ranking determines the state allocation a school receives. It also determines whether or not a school is categorised as a no-fee school or a fee-paying school.

A difficulty with this method is that it has not been sensitive to the reality of post-apartheid schooling, which is that the demographics of a school do not always reflect those of the wealth of the community in which it is located. Pupils often travel from poorer communities to attend schools in other areas with improved educational opportunities. There are also many areas, such as informal settlements, where pupils do not have schools nearby and have no option but to travel to schools in other areas.

The effect of inaccurate rankings is that schools are forced to rely on fee revenue, but because they service poor communities with little fee revenue, they are seriously underfunded. The "norms and standards for school funding" contain a provision requiring provinces to develop a mechanism to enable individual schools to challenge their ranking, but the findings of both the Alliance for Children's Entitlement and the Idasa studies suggest that this rarely occurs.

The hardships experienced by many schools that are inaccurately ranked suggest that the net is not wide enough to cover all those schools that should be declared no-fee schools. A review of the process whereby schools are ranked is necessary. In addition, the Centre for Legal Studies and Social Surveys study suggests that secondary costs such as uniforms and transport provide even greater barriers to an education for poor pupils than do school fees. For some households a significant portion of the household income is spent on transport. In certain instances, transport costs are the reason for pupils dropping out of school or for leaving school for a while. In other households, uniforms are a financial burden. The study describes how a mother sent one of her children to a night school that did not require a uniform. This enabled the mother, as the sole breadwinner, to buy uniforms for her other children.

What is evident from these studies is that although the reforms have improved access to no-fee schooling, the costs of schooling at the better-resourced schools, as well as the costs of uniforms and transport, continue to constrain the educational choices of poor pupils and limit their access to better-resourced schools. More reform is required until we get it right. Until then, the education system remains, as has been aptly described elsewhere, a system of "incomes-based education".

Faranaaz Veriava is a human rights lawyer. Her monthly column on the meaning and implications of the right to basic education will resume in January