Zuluboy: An MC trapped in a musician’s body 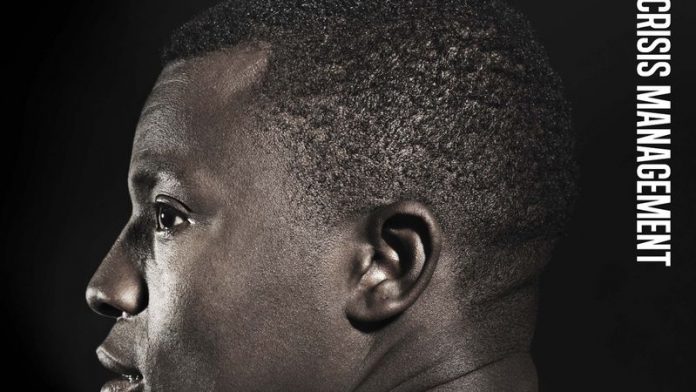 Having listened to my fair share of Zuluboy’s albums, I increasingly get the sense that I’m dealing with an MC trapped in a musician’s body.

His flow alone tells you that. It’s like a frothing force of nature in the hands of a rebel on the run crashing against cars (beats) as he switches lanes on narrow city streets.

The other sign of a frustrated musician is found in his beat selection, which is unconventional in most cases. Given these two facts, Zuluboy’s albums are never boring. It’s his execution of ideas that’s sometimes lacking. Hooks, for example, are not the man’s strongest points, which explains the omniprescence of Riot (formerly Bongo Riot of Gang of Instrumentals) on this album. Riot, who was the hook specialist in his former group, picks up the slack on a few of the songs here too.

So what can one expect from Crisis Management, Zuluboy’s fourth album since releasing Masihambisane and his first for Gallo?

Right off the bat, you can expect an artistic reaction to the Marikana massacre.

In the song titled Marikana, Zuluboy weaves the narrative of a boy who performs a funeral for his outcast father killed by police. He moves up the ranks of the police force, all the while developing a trigger finger that envelops his life in violence and preys on his subconscious at night.

Without any direct reference to the massacre, Zuluboy gets his premise across: that the violence of poverty is often meted out by the upwardly mobile slave. Riot and Zuluboy complement each other well on this song as well as on Lonely, which is geared for a crossover audience, judging by the top-40 guitar riff, the soaring chorus and the snatches of electric guitar.

There are also Tupacesque songs of vitriol for false friends, songs of exorcism and songs of thanks — the last are best exemplified by the radio-ready I Love My People, which could also pass as your hip-hop summer anthem.

One thing to be said about Zuluboy is that his delivery is never lacklustre, regardless of the tempo of the beat — and there are plenty variations here. Even though many of the tracks are introspective, he never degenerates into soppy rap-ballad mode. A perfect example of this is the song Pain, featuring reggae artist Black Dillinger, whose driving, funky bassline gives it a celebratory feel, even as it recounts disappointment.

When all is said and done, one gets the sense that Zuluboy knows who his market is and he knows how to reach them. He is definitely not trying to please everyone.