Zuma lashes out at his critics 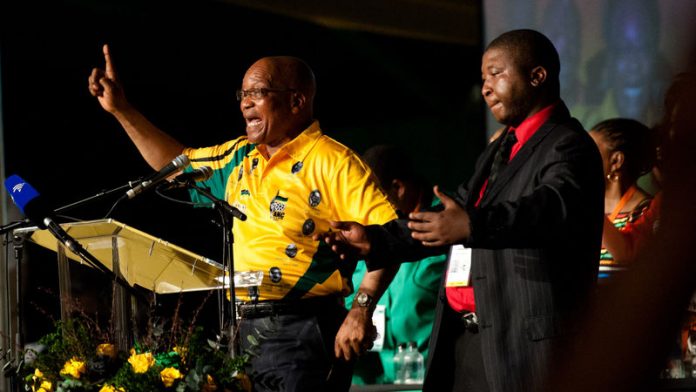 President Jacob Zuma on Sunday launched a thinly veiled attack against his most senior party critics.

Treasurer general Matthews Phosa, ANC deputy secretary general and North West Premier Thandi Modise, and national executive committee member Human Settlements Minister Tokyo Sexwale were the apparent targets of tough remarks in Zuma's political report for being seen to question the disciplinary action against expelled ANC Youth League (ANCYL) president Julius Malema and the suspension of others, despite the fact that the decision was endorsed by the NEC.

Zuma also bemoaned the use of money by some ANC leaders to influence electoral outcomes and the use of violence to settle party disputes.

Phosa, Modise and Sexwale are among senior ANC leaders who have spoken out against the decision to expel Malema and suspend the youth league's secretary general, Sindiso Magaqa, and spokesperson, Floyd Shivambu.

Deputy President Kgalema Motlanthe has been more cautious, but has called for a dialogue on the battles around Malema. In his biography of the ANC deputy president, Ebrahim Harvey said Motlanthe was of the opinion that the party should have looked at the youth league resolutions taken at its national conference last June and engaged with them before it took the decision to discipline them. Motlanthe criticised the ANC for failing to monitor Malema, who did not go for anger therapy in 2011, nor did the party make it clear that misbehaviour during his two years could mean expulsion.

"But though these were his concerns, he, as always, respected decisions taken by all ANC structures and did not seek to oppose them," wrote Harvey.

In his political report on Sunday at the ANC's national conference in Mangaung, Zuma reminded delegates about the 2010 national general council, which urged ANC leaders to be firm on discipline, in line with rule 25 of the ANC constitution.

"The NGC in 2010 drew a clear line that there should be no confusing signals and messages from the leadership on matters of discipline. Since that decision some [ANC] members were expelled and others suspended. The incoming NEC should prioritise political education. There is no need to wait for the political school to be built," said Zuma. He said the ANCYL and the ANC Women's League remained the party's crucial structures. "All the leagues are structures of the ANC and are subject to the discipline of the ANC," said Zuma to rapturous applause.

Motlanthe's and the other leaders' stance on the decision to discipline youth league leaders have angered many of the Zuma supporters.

The battle for the control of the ANC has turned comrades against each other, which in some cases has resulted in violence. There have been widespread allegations within the ANC that candidates and their backers paid to influence the support of branches on leadership issues. Zuma said the practice was unacceptable.

"We must also frown upon other alien practices such as the use of money to buy the support of ANC members. We should not allow a situation where those who have money turn members of the ANC into commodities".

Delegates muttered the names of those they suspected as he spoke.

He went on to criticise legal action against the ANC by unhappy party members, which culiminated in a successful application to the Constitutional Court to set aside the election of the Free State provincial executive last week.

"Comrades, the ANC should also revisit the matter of people who take the ANC to court when they are unhappy with a particular decision. Some comrades do this even before exhausting internal processes. It is totally unacceptable. All these new tendencies need to be dealt with strongly," said Zuma.

Zuma also indirectly slammed Vavi and Jim for their public criticism of the ANC. He warned that if the relationships among alliance leaders were not handled with care, there was a danger that the alliance could be come polarised.

"Our disagreements need to be handled with the understanding that we are allies and not opponents, and that neither Cosatu nor the South African Communist Party are in opposition to the ANC."

Vavi has been critical of the ANC leadership on policy and governance issues, and has turned down nomination to the NEC.