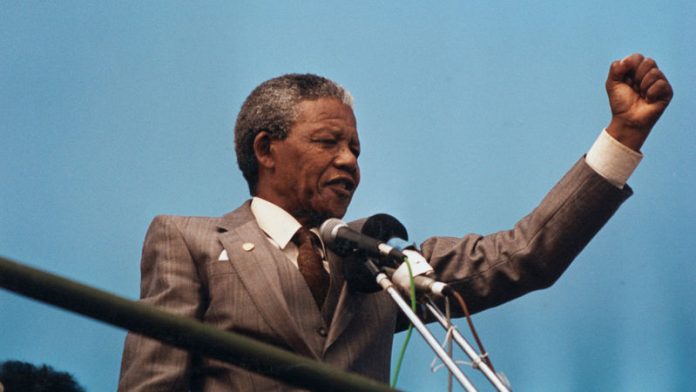 Bambatha Mandela had been in the bush for days for the ukwaluka – an initiation ceremony where he had ultimately undergone a circumcision carried out by a traditional surgeon.

Footage shot by Associated Press Television News on Sunday showed the 23-year-old grandson of the struggle icon wrapped in a blanket, his face painted red, returning to their family homestead in Qunu, in the Eastern Cape.

Family members had hoped Nelson Mandela would be home for the ceremony, but government officials said he would remain under care at a hospital in Pretoria.

"I would urge you that unless we provide an update or new information … we should proceed in the knowledge that Madiba's health is improving," spokesman Mac Maharaj said.

President Jacob Zuma wished Mandela well on Sunday while delivering his speech at the ANC's 53rd elective conference in Mangaung.

Gallstone removal
Mandela (94) was flown to a Pretoria hospital from Qunu last weekend, for treatment of a recurring lung infection and to have gallstones removed.

Tests done after Mandela was hospitalised on December 8 revealed a recurrence of a lung infection and that he had developed gallstones.

On Saturday, Mandela underwent endoscopic surgery to remove gallstones, a procedure in which a patient usually receives sedatives and an anaesthetic to allow a surgeon to put an endoscope down their throat, authorities say. The surgeon then can remove the gallstones, which are small, crystal-like masses that can cause a person tremendous pain.

"The procedure was successful and Madiba is recovering. The medical team decided to attend to a lung infection before determining when to attend to the gallstones," Maharaj said on Saturday.

While doctors said at the time the disease caused no permanent damage to his lungs, medical experts say tuberculosis can cause problems years later for those infected.

Mandela's 10-day hospital stay, his longest since leaving prison in February 1990, has sparked increasing concern about a man who represents the aspirations of a country still struggling with race and poverty. – Sapa-AP