My mother, Jacob Zuma and me 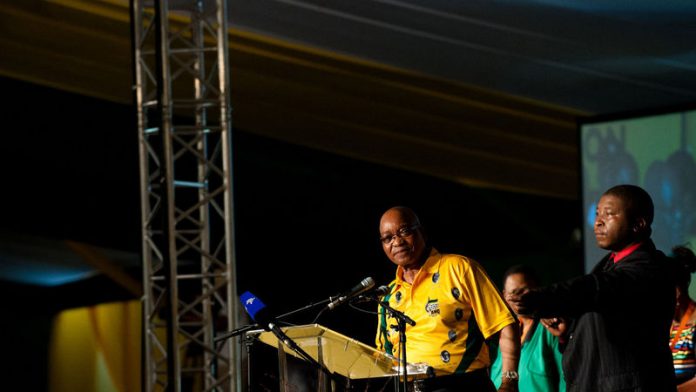 "He is a person who shows people the middle finger!"

"He has a skin that is thicker than a rhino's!"

No, this is not Julius Malema on an anti-Jacob Zuma tirade – it’s my mother. She finds him so reprehensible; she could barely watch him deliver his political report in Mangaung.

She strongly believes that the wrongdoing of ordinary South Africans are as a result of his leadership. That, for example, the residents of Lenasia South built on land that was not their own because they see that same disregard for rules by their leader.

"He is grabby, and that makes everyone feel that something is wrong with them if they are not doing it … that they had better get on the gravy train fast."

I find this broad view of the ANC and its leader as all-corrupt uncomfortable. Not just because many often misuse it as blanket branding to paint all black leaders as bad, lazy, incompetent, but because when all media starts to tell the same story, I fear that the public might be blind to other facts. And I generally get weary when commentators start preaching from the same pulpit.

I believe that there is work being done in the government by people who are concerned with development, and this is overlooked. But, the truth is, it's the media's job to expose the rot, not congratulate people on doing what is their work.

On Jacob Zuma my mother is unforgiving – and I find that interesting, considering that she is the older of the two. She despises Zuma’s polygamous lifestyle, while I hold no moral judgments towards it and hate the idea of a Westernised prescription to the way people choose to love. She's convinced that he will celebrate his recent win by marrying again.

For her this frequent collection of women shows his disregard for women. She feels, again, that this message of disrespect is filtering down. "Women are worthless to him, that's why he needs to collect a lot for them to mean anything."

She tells me about overhearing a group of men at a Lenasia south shopping centre talking about the demolitions, saying that they will not be told by a woman (referring to Gauteng Premier Nomvula Mokonyane) what to do with their houses – especially a woman who is unmarried.

"I can't wait to vote," she shouted, and I would not be surprised if she followed her ‘X’ with a "Fuck you too JZ!" scribble on her ballot paper. She will be the voting for the PAC, though I think the re-entry of Cyril Ramaphosa gave her some hope. She does not believe they will win, but this is a way to make her stand count. She has been so resolute (pretty much since the beginning of Zuma’s presidency), while I am still deliberating on my choice.

As the elections inch closer, I am starting to wonder whether I am stuck on the ideological ropes. Although I am not a Zuma supporter, I am starting to feel like the traditionalist to my mother´s firebrand persona. She has had a peak of politics at work – she helped to campaign for the ANC in the last local elections. Maybe it is me, the young one, who is holding on to political nostalgia; even I did not think that revolution would be realised in my lifetime, and I will forever be in awe of the fight that the ANC put up.

My mother speaks with the same level of indignation of the past government – whose corruption was more insidious – but says now that we have democracy, and wrongdoing is not hidden, we must say something.

I wonder if older women, like my mother, like Mamphela Ramphele, have an impatience with corrupt men because they have spent too much of their lives under them. I know what racism feels like: From the time as a child when a white boy sullied my sunny picnic day, when he – accidentally, I think – touched me and drew back in disgust. To being called a “kaffir” at a supermarket just four years ago.

But the lives of our mothers were not only incidents of apartheid and patriarchy, they infiltrated into their homes and today lace their anecdotal stories from childhood to womanhood.

Not just in terms of the collective carrying of pass books, but the individual story of a woman who had little time for her own children because she spent so much of it washing the laundry of white families; taking a train to the suburbs to pick up the wads of clothes, hauling the bundles back to launder, and having to take it back by train. Or childhood´s, like my mother's, that disintegrated because of a father seeking to impose a second wife on the family.

"I don´t want him. I don´t even listen to him when he speaks in parliament. I don't waste my time." My mother and I don´t agree on everything. I think we should all be vigilant of the information that we consume, from this mainstream media that seems to me so one-sided and, of course, government.

But, she is right, that this is not time to sit on the fence, I should be more impatient. Or as Ben Okri said in his poetical and prophetic Steve Biko lecture at UCT, the time for historical exaltation is over. “No one can dwell on a mountaintop long; the air there is too pure and unreal.”

We should use that mountain top to see clearly into the distance so that we can be resolute in the decisions that need to be made and do the things that have to be done – even if it's just in your vote.