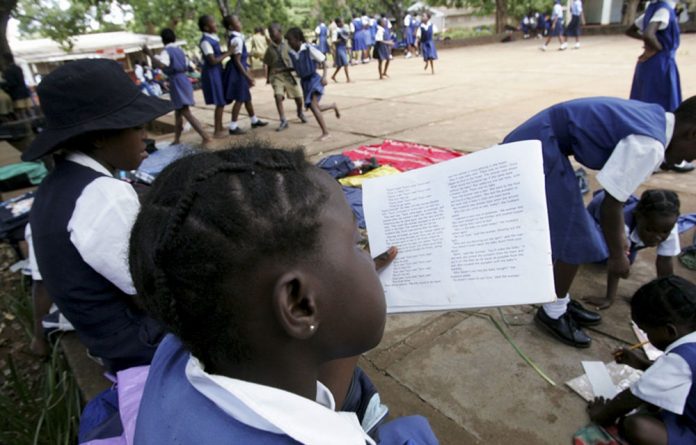 Grant was responding to a decision to rule in favour of 17 schools, their governing bodies and the SA Democratic Teachers' Union (Sadtu). The interdict is an interim one, meaning the schools will remain open pending the outcome of a final review application to be heard in the same court in the new year.

"I must stress that the interdict does not automatically imply that these schools will remain open indefinitely. "The interdict has the effect of delaying their closure," said Grant. The MEC stood by his decision, saying his reasons which included low enrolment numbers, multi-grade classes or a decline in pupil numbers, were sound.

"I note the court's decision with concern and great disappointment, particularly given that my decision to close these schools was taken after careful consideration of all representations made to me and with the best interests of the learners at heart." Grant pointed out that the court's decision was not unanimous. Judge Dennis Davis did not agree with colleagues Siraj Desai and Elizabeth Baartman.

"We are studying the court's decision carefully and will be consulting with our legal team so that we can give due consideration to all the legal options available to us." Grant denied accusations from the ANC, Sadtu and community organisations that his reasons for closing the schools were political decisions. Earlier in court, provincial ANC chairman Marius Fransman said the court victory was a landmark decision.

"This judgment has an effect here, it has an effect everywhere else in South Africa, where everyone will now consider deeply when they want to close any school," Fransman said. He praised Lavis Drive primary school principal Brenda Davids, who led the fight for the schools to remain open, despite "victimisation from the provincial government". Fransman said since hearing of the closure, Davids twice received a letter informing her the school's electricity would be cut.

"I saw the tears of this woman… the day she decided she can't see children suffering, that day she became a victim of the DA (Democratic Alliance) provincial government," said Fransman. An ecstatic Davids said she was excited about seeing her pupils return in the new year. "We just got a letter on the 28th of May saying the school will close… that was a very sad day for us, but today, the 21st of December, is a happy day."

Sadtu Western Cape secretary Jonavon Rustin welcomed the ruling and said it sent out a strong message to premier Helen Zille and education MEC Donald Grant. "We came here to tell Helen Zille that you will not mess with the communities," he said. In terms of the ruling, the Western Cape Education Department (WCED) would have to continue to provide subsidies and full support to the affected schools.

"The respondents (Grant and the WCED) are directed to take all reasonable steps, including but not limited to the employment of temporary teachers and the renewal or reinstatement of leases, to ensure that all necessary services are provided to the said 17 schools," Desai ruled. Eighteen schools originally contested the closure, but one of the institutions, Tonko Bosman in Somerset West, agreed to closure. – Sapa