Looking back on the environment in 2012 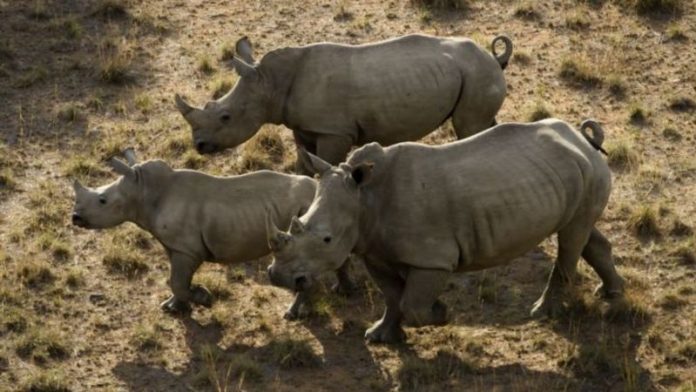 In 2011, 448 rhino were killed by poachers, and the issue became the hot topic of dinner conversations across the country. Government mobilised huge resources – for a country where people still do not have water – and tracker dogs, helicopters, extra rangers, and aeroplanes were brought into the fight. Millions of rands also came from the public and companies. But total deaths will have nudged near 650 for the year. The one hope of changing this tide was the recent signing of a memorandum of understanding with Vietnam which should start tackling demand, because there will always be supply if there is demand.

After rhino poaching, this has been South Africa’s most emotive issue. After lifting its moratorium on fracking, the department of mineral resources said companies could explore how much shale oil could lie beneath the sands of the Karoo. And while they are doing this the department will tinker with its legislation to ensure it can control fracking. But until these reserves are proven, a serious discussion will have to wait.

In 1992 environmentalists, and many politicians, came to Rio for an extraordinary meeting. The Berlin Wall was down and the world seemed to be moving into a new era – anything was possible. Out of this the world’s governments agreed the basic foundations, ideas and terminology that would launch the global environment movement. The American president even arrived. Five years later the Kyoto Protocol was signed, albeit without the biggest polluters involved, and the world had a pact to tackle climate change. But then things became mired in politics and stagnated. The COP process has dawdled on, and many were hoping the 20th anniversary of Rio would produce a meeting that revitalised everyone. It did not. Instead the original wording and promises were watered down, and nobody agreed on any course of action.

Rio left expectations for COP18, in Qatar, even lower than usual for these events. The year before in Durban it was agreed that a new global, legally-binding climate change regime would be thrashed out by 2015, and implemented by 2020. So the next few COP’s would be about working out the details. Qatar however managed to do less than expected, and left many decisions to the next meeting in Poland. The one small outcome – politicians have to have something to wave in the air to justify their travels – was a tacit agreement that the developed world would now be responsible for losses and damage that would befall the developing world from damages resulting from them not reducing their emissions.

Qatar did provide a rallying point for publications concerning the future of the planet. All agreed that temperature increases had to be limited to 2C, or all hell would break loose. The International Energy Agency said two-thirds of coal reserves would have to stay underground for this to happen. The only proviso for these publications, needing to give enough hope so people don’t slash their wrists, was that 2C could only be achieved if politicians acted quickly enough. If this does not happen then the world’s environmental systems will be pushed past tipping point. This is when all the small changes that they can normally survive accumulate and create irreversible change. And if temperature changes push towards 6C the supercomputers crunching the numbers give up – too many things spin out of kilter.

The ice caps have been the symbol of a warming world. The smaller they get, the worse off we are, and the more urgently things need to happen. And for years there have been alarming reports of the Arctic shrinking. But this year things went mad and the ice shrunk to its lowest coverage since 2.5-million years ago (we have been around for 200 000 years). This did provide an exciting new trade route for shipping, with oil tankers taking the much shorter route across the top of the earth. But if this continues predictions are that it will change all sorts of other things like ocean currents and wind flows – which in part contributed to making Hurricane Sandy so devastating.

A climate-free US election, then Hurricane Sandy

In a country where half the electorate does not believe in climate change, the issue was ignored by both presidential candidates … until Hurricane Sandy struck on the eve of the election. President Obama remained in office and said he would champion climate change. And with the COP process being too slow, it is the unilateral actions of countries that now has the most chance of lowering emissions. In China’s case it has been built into their latest five-year plan. So as the world’s other major polluter, action in the United States is critical. Obama has signed various bills to make cars more efficient, tinkering with changes where he has the political power to do so. And several states have their own initiatives and carbon trading schemes. But overall the country has not had a clear, big plan.

In a momentous political coup, the European Union signed an agreement with China to help it develop its own emissions trading scheme – where carbon credits are created and sold. This will bring huge levels of funding into sustainable and low-carbon growth in China, and when the two markets eventually link it will be a big step towards creating a global carbon trading market.

South Africa is one of the world’s most water scarce countries per capita. And in a global water conference in France earlier this year, the minister of water affairs said the country needed more than R600-billion to avert a crisis. This comes from centuries-old infrastructure slowly crumbling – as witnessed with the increasing number of towns going without water and up to a half of all water leaking out of pipes. The acid mine drainage problem has also threatened the water security of Gauteng, with precious clean water being needed to dilute this water. For Gauteng the problem will remain acute until the second phase of the Lesotho Highlands scheme comes online in 2020. For the coastal cities water recycling and desalination of salt water are the hope for water security.

At the start of last year citizens of the small Mpumalanga town of Carolina were told they could not drink their water. Acid mine drainage from the local mines had overwhelmed the treatment works and rendered the water unfit to drink. The department of water affairs sourced funds for water tankers to supply water as a solution was founds, but locals said they rarely got water. They took everyone involved to court and won, with the judge saying the municipality had to provide them with their constitutionally-guaranteed access to water. The municipality contested the result, and the minister threw a fit of rage at a press conference and lashed out at the local government structures that were involved.

With treasury planning a carbon tax this year, Australia’s implementation of one has been an interesting test case. In the face of strong opposition, with the opposition party saying they will repeal the tax if they come to power, the tax started at $24 a tonne of carbon released. This is nearly R200, whereas the local tax will be R120 per tonne. And while the Australian tax covers over 300 companies, the South African one is hamstrung by the fact that three-quarters of all emissions come from Eskom and Sasol.

Mexico is the 11th largest greenhouse gas emitter in the world, on par with South Africa, and to tackle this they became only the second country to put emissions-reduction targets into law. South Africa’s target of a 34% reduction 2020 is only aspirational. Mexico will slash emissions by 20% by 2020, and have a third of its energy generated by clean sources by 2024. At present renewable energy is set to make up 10% of South Africa’s mix.