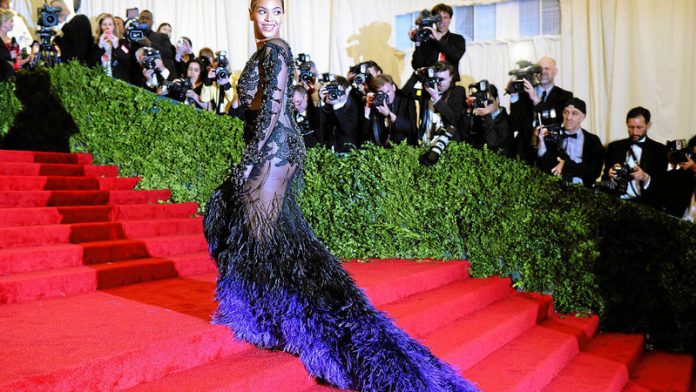 Just when we thought we had made peace with our lot as women – coming to terms with the fact that we cannot do it all – along comes Beyoncé in her 30s. Career on a pinnacle: check. A fierce body and face the world can't help but love: check. A moneyed hubby: check. And, at 31, her eggs just on the right side of ripe, no tock to her ticking biological clock, she gets pregnant and gives birth to a baby with the most perfect full head of curls. As Sasha Fierce, both vixen and angel, she nullified the Madonna-whore complex, making her the one your man simultaneously wants to marry and cheat on you with.

I knew I had it bad for Beyoncé when I became one half of a two-some pitting her against Madonna. Our test for greatness: Whose funeral would be bigger? A guy friend and I were on Bey's side whereas our rival, the sole defender, championed Madonna as the enduring icon. That not only took about two hours of our time but also extended for a month, drawing in new participants at dinners and cocktail parties.

We never got to the bottom of how death would affect the legacy of the two pop stars but it is clear to me that, in the world of the living, Beyoncé runs the world. What Madonna does on stage, with her veins about to pop, increasingly looks like hard work. Rihanna is a sex robot (I wouldn't take S&M tips from a 24-year-old, anyway) and Lady Gaga's too gimmicky. The lot of them, desperately dangling on the edges, truly encapsulate the full measure of idolised womanhood.

In contrast, Beyoncé's act looks like a seamless work of art – the modus operandi of her stage persona since she started at "15 in my stilettos" to today's sexy mama. She has a very tight grip on her image: her white-washed L'Oreal and album-cover images and blackface editorial for a French magazine – which rubbed some up the wrong way for not toeing the racial line and attracted bad press, although it never reached scandal proportions.

I was not always of this persuasion. In earlier years, I relegated Beyoncé to the top of the pile of today's overtly sexual pop acts in sequined hot pants. Sure, I bopped my head to her beats but, since watching The Beyoncé Experience Live a few years back, a DVD of one of her concert performances, she has grown in my mind beyond being a good pop star with very catchy hooks. The following day I downloaded her I am…Sasha Fierce album and at some point made a silent vow to perform the raunchy Ego at my wedding.

Carefully constructed moments
Beyoncé is mesmerising because she's a heady mix of female prowess, with her empowerment anthems, and feminine force, which appeal to those of us underwhelmed by some of the dividends of feminism so far. She is the personification of bitch in the boardroom and whore in the bedroom without being threatening.

But in her 30s, as a married mother whose personal life is merging with her work life, I find myself needing to put a little distance between myself and Bey, because I am not sure I can aspire to the version of womanhood she has graduated to.

It became apparent to me at the coy but perfectly crafted showcasing of her baby bump at the MTV Video Music Awards last year, which stole the show and anointed her as Mother Earth. In one of her first releases for her latest album, Best Thing I Never Had, she lounges in lingerie on the day of her big wedding – every man's perfect bride.

But it's the Tumblr blog, where she unveiled the first pictures of her daughter, which I can't take. They are postings that seem to me, by the degree of their perfection, like carefully constructed moments of a happy home life. They make it hard to believe what every couple tells you: that married life is tough, especially when you have a child. As fragile as the female ego is (or is it just me?), I do not want to convince myself that I can inspire any man (and dog) to the level of adoration exemplified by the picture of Jay-Z pushing his barefoot wife on a swing.

When I saw that picture, I knew it was time to come back to earth: Beyoncé can have my body and mind but not my soul. Or, as a friend commented when I declared that I was tired of looking at Jay-Z and Beyoncé's Instagram-perfect life, am I just jealous?