Canny Greeks resort to retail therapy of another kind 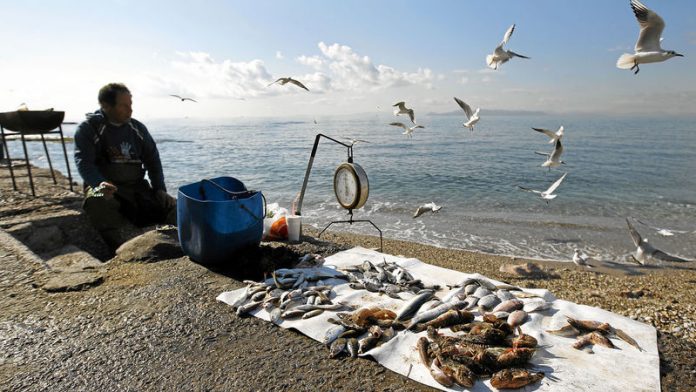 It has been a busy day at the market in downtown Volos. Angeliki Ioanitou has sold a decent quantity of olive oil and soap, and her friend Maria has done good business with her fresh pies. But not a single euro has changed hands – none of the customers on this drizzly Saturday morning has bothered to carry money at all. For many, browsing through the racks of second-hand clothes, electrical appliances and home-made jams, the need to survive means money has been usurped.

"It's all about exchange and solidarity, helping one another out in these very hard times," said Ioanitou, her hair tucked under a floppy felt cap. "You could say a lot of us have dreams of a utopia without the euro."

In this bustling port city at the foot of Mount Pelion, in the heart of Greece's most fertile plain, locals have come up with a novel way of dealing with austerity – adopting a system called tem, which is shorthand for alternative local currency. As the country struggles with its worst crisis in modern times, with Greeks losing up to 40% of their disposable income as a result of policies imposed in exchange for international aid, the system has been a huge success. Organisers say about 1300 people have signed up to the informal bartering network.

For users such as Ioanitou, the currency – a form of community banking monitored exclusively online –is not only an effective antidote to wage cuts and soaring taxes but also the "best kind of shopping therapy". "One tem is the equivalent of one euro. My oil and soap came to 70 tem and with that I bought oranges, pies, napkins, cleaning products and Christmas decorations," said the mother-of-five. "I've got 30 tem left over. For women, who are worst affected by unemployment and don't have kafeneia [coffeehouses] to go to like men, it's like belonging to a hugely supportive association."

Greece's deepening economic crisis has brought new users. With ever more families plunging into poverty and despair, shops, cafés, factories and businesses have also resorted to the system in which goods and services – everything from yoga sessions to healthcare, babysitting and computer support – are traded in lieu of credits.

"For many it plays a double role of supplementing lost income and creating a protective web at this particularly difficult moment in their lives," said Yiannis Grigoriou, a sociologist educated in the United Kingdom and one of the network's founders. "The older generation can still remember when bartering was commonplace. In villages you'd exchange milk and goat's cheese for meat and flour."

Viable alternative
Other grassroots initiatives have appeared across Greece. Increasingly bereft of social support, or a welfare state able to meet the needs of a growing number of destitute and hungry, locals have set up similar trading networks in the suburbs of Athens, on the island of Corfu, in the town of Patras and in northern Katerini.

But Volos, the first to be established, is by far the biggest. Until recently the city, 320km north of Athens, was a thriving industrial hub with a port whose ferries not only connected the mainland to nearby islands but before Syria's descent into civil war was also a trading route between Greece and the Middle East. Once famous for its tobacco, Volos was home to flour mills and cement factories, steel and metal works.

But, today, it has come to be known for its number of jobless, in a country whose unemployment rate recently hit a European record of 26%, surpassing even that of Spain.

"Frankly, the tem has been a life-saver," said Christina Koutsieri, clutching DVDs and a bag of food as she emerged from the marketplace. "In March I had to close the grocery store I had kept going for 27 years because I just couldn't afford all the new taxes and bills. All the people I know have lost their jobs. It's tragic."

Last year, the Greek government stepped in with a law that supported finding creative ways to cope with the crisis. For the first time, alternative forms of entrepreneurship and local development were actively encouraged.

Although locals insist the tem, which is also available in voucher form, will never replace banknotes – and has not been dreamed up to dodge taxes, they say it is a viable alternative.

For local officials such as Panos Skotiniotis, the mayor of Volos, the alternative currency has proved to be an excellent way of supplementing the euro. "We are all for supporting alternatives that help alleviate the crisis's economic and social consequences. It won't ever replace the euro but it is really helping weaker members of our society." – © Guardian News & Media 2013