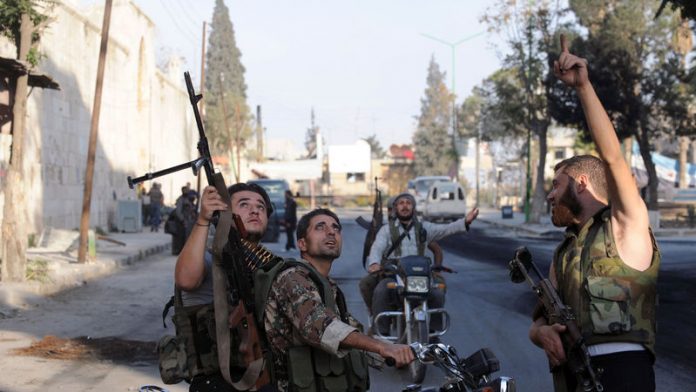 At least 60 000 people have died in Syria's conflict, the United Nations human rights commissioner said this week, citing an "exhaustive" study, which has sharply increased the number of those believed killed.

Before the latest UN-commissioned survey it had been estimated that up to 45 000 people had perished during the conflict; the up-to-date calculation increases the death toll by a third.

The revised estimate came as it was reported that dozens had been killed on Tuesday after a government warplane bombed people queuing at a petrol station in a suburb of Damascus.

According to the UN report, almost three-quarters of those listed as killed on both sides of the conflict were men. Estimating casualties is a notoriously difficult process in the midst of an ongoing war, but in this case the UN says it has established the name, place and date of death of each of those it says it has counted.

The real death toll is likely to be greater because reports containing incomplete information were excluded and a significant number of killings may not have been documented at all.

"There are many names not on the list for people who were quietly shot in the woods," said Rupert Colville, a spokesperson for the human rights commissioner, Navi Pillay.

Concrete actions
Over five months of analysis, researchers cross-referenced seven sources to compile a list of 59 648 individuals reported killed between March 15 2011 and November 30 2012.

"Given there has been no let-up in the conflict since the end of November, we can assume that more than 60 000 people have been killed by the beginning of 2013," Pillay said. "The number of casualties is much higher than we expected, and is truly shocking.

"The failure of the international community, in particular the security council, to take concrete actions to stop the blood-letting shames us all. Collectively, we have fiddled at the edges while Syria burns."

The UN rights chief warned that thousands more would die or suffer terrible injuries if the conflict continued, and repeated her call for those responsible for the killings, which in some cases could amount to war crimes, to be held accountable.

"We must not compound the existing disaster by failing to prepare for the inevitable and very dangerous instability that will occur when the conflict ends," she said.

Humanitarian aid
Serious planning needs to get under way immediately, not just to provide humanitarian aid to all those who need it, but also to protect all Syrian citizens from extrajudicial reprisals and acts of revenge like those seen in Afghanistan, Iraq, Somalia and the Democratic Republic of the Congo, she said. The data, which did not distinguish between soldiers, rebels and civilians, also shows that the killing in Syria has accelerated.

The latest figures came as an attack by a Syrian government jet on a queue of cars waiting at a petrol station in a suburb of Damascus was reported to have killed and injured dozens, according to opposition activists. The missile strike, reportedly by a single Syrian government MiG jet, struck the suburb of Mleiha.

According to some reports as many as 30 people were killed in the explosion, although that figure could not be independently confirmed.

Horrific amateur video posted online showed two columns of smoke billowing from the scene and more than a dozen vehicles on fire. The body of one man, engulfed in flames, was still seated on his motorbike in the queue, while a rescuer carried the torso of a man from the ruins.

Mleiha is a Sunni Muslim suburb, one of a number circling the capital that have been at the forefront of the 21-month revolt against President Bashar al-Assad. Assad belongs to the Shia-derived Alawite minority sect.

It was unclear why the Syrian military targeted the petrol station, although there had been clashes and shelling in nearby areas in previous days.

Fuel crisis
Mohammed Saeed, an activist who visited the site, said the missile struck as drivers waited in line with their cars at the station. Syria has been facing a fuel crisis, and people often wait for hours for petrol.

Another witness, Abu Fouad, claimed the attack took place as a consignment of fuel arrived and crowds packed the station.

The British-based anti-regime activist group Syrian Observatory for Human Rights said that "tens of people were killed or wounded". At least 10 bodies were seen in an amateur video.

"Many of the people who were there were killed," Saeed said.

"Body parts could be seen on the ground." He said the missile made a crater a metre deep.

The air raid was one of several yesterday to hit the Damascus suburbs.

The attack came as fighters seeking to remove the Assad regime attacked the president's forces around a large airbase in Idlib province and also around the Wadi Deif base in northwestern Syria, and as the international airport in Aleppo was once again closed to flights. – © Guardian News & Media 2013