Ailing Chavez’s swearing-in could be postponed 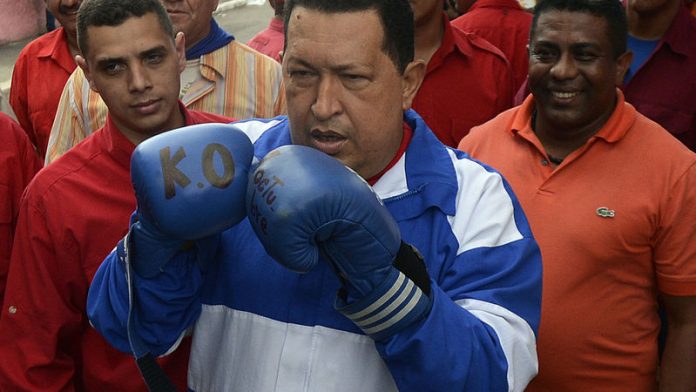 Nicolas Maduro's comments were the clearest indication yet that the Venezuelan government is preparing to delay the swearing-in while avoiding naming a replacement for Chavez or calling a new election in the South American Opec nation.

In power since 1999, the 58-year-old socialist leader has not been seen in public for more than three weeks. Allies say he is in delicate condition after a fourth operation in two years for an undisclosed form of cancer in his pelvic area.

The political opposition argues that Chavez's presence on January 10 in Cuba – where there are rumours he may be dying – is tantamount to the president's stepping down.

But Maduro, waving a copy of the constitution during an interview with state TV, said there was no problem if Chavez was sworn in at a later date by the nation's top court.

"The interpretation being given is that the 2013-2019 constitutional period starts on January 10. In the case of President Chavez, he is a re-elected president and continues in his functions," he said.

Kremlinology
"The formality of his swearing-in can be resolved in the Supreme Court at the time the court deems appropriate in coordination with the head of state."

In the increasing "Kremlinology"-style analysis of Venezuela's extraordinary political situation, that could be interpreted in different ways: that Maduro and other allies trust Chavez will recover eventually, or that they are buying time to cement succession plans before going into an election.

Despite his serious medical condition, there was no reason to declare Chavez's "complete absence" from office, Maduro said. Such a declaration would trigger a new vote within 30 days, according to Venezuela's charter.

Chavez was conscious and fighting to recover, said Maduro, who travelled to Havana to see his boss this week.

"We will have the Commander well again," he said.

Maduro, 50, whom Chavez named as his preferred successor should he be forced to leave office, said Venezuela's opposition had no right to go against the will of the people as expressed in the October 7 vote to re-elect the president.

Hope for recovery
"The president right now is president … Don't mess with the people. Respect democracy."

Despite insisting Chavez remains president and there is hope for recovery, the government has acknowledged the gravity of his condition, saying he is having trouble breathing due to a "severe" respiratory infection.

Social networks are abuzz with rumours he is on life support or facing uncontrollable metastasis of his cancer.

Chavez's abrupt exit from the political scene would be a huge shock for Venezuela. His oil-financed socialism has made him a hero to the poor, while critics call him a dictator seeking to impose Cuban-style communism on Venezuelans.

Capriles lost to Chavez in the October presidential election, but won an impressive 44% of the vote. Though past polls have shown him to be more popular than all of Chavez's allies, the equation is now different given Maduro has received the president's personal blessing – a factor likely to fire up Chavez's fanatical supporters.

His condition is being watched closely by Latin American allies that have benefited from his help, as well as investors attracted by Venezuela's lucrative and widely traded debt.

"The odds are growing that the country will soon undergo a possibly tumultuous transition," the U.S.-based think tank Stratfor said this week. – Reuters