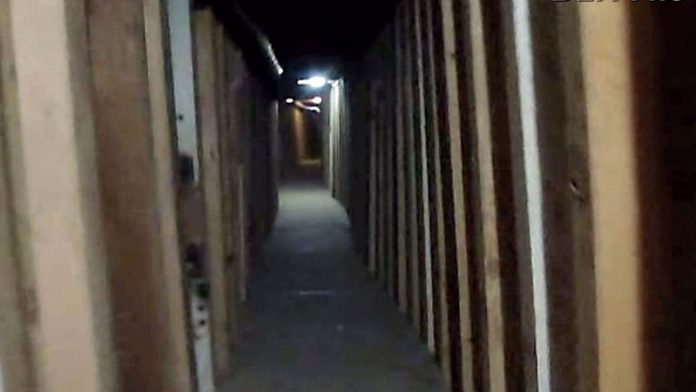 The entrance to the tunnel, which was still under construction, is located in a warehouse about 300m from the border between the Mexican city of Mexicali and Calexico, California, Mexicali police chief Marco Antonio Carrillo told AFP.

The tunnel – which is about 10m deep and 30m long – has a ventilation system and lighting and is considered the most “sophisticated” of such structures found in recent years, Carrillo said.

Authorities uncovered it thanks to an anonymous tip, he added.

A man was arrested at the scene.

At least 70 000 people have died in drug-related violence since 2006, when troops were deployed to battle drug cartels, according to the new Mexican government that took over in December.

Also Saturday, authorities said at least 26 people were killed in Mexico in the past 24 hours in apparent drug-related crimes, including six men shot dead whose bodies bear signs of torture. – Sapa-AFP