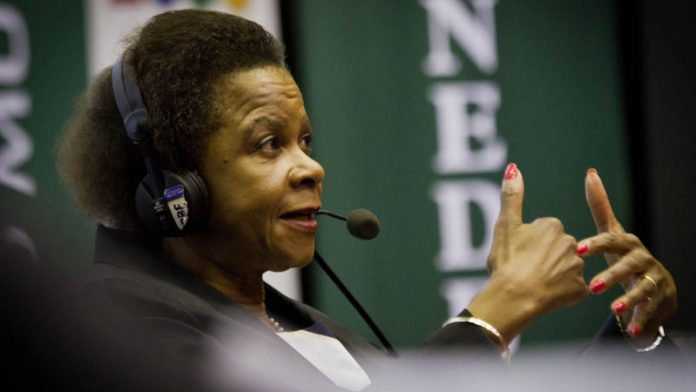 At the cost of mutilating a popular idiom: you can lead the unbanked to an ATM, but you can't make them deposit their hard-earned cash into it.

This became evident on Monday evening when the subject of financial inclusion was placed under the microscope at the Mail & Guardian Critical Thinking Forum, sponsored by Old Mutual and Nedbank and hosted by Thabiso Thema as a live broadcast on Radio 2000.

It was acknowledged that there has been progress in capturing the so-called "unbanked" (people who do not have formal bank accounts of any kind), but that a lot more needs to be done to entice the estimated nine million South Africans that prefer to remain outside the banking system.

A popular statistic thrown up to demonstrate the enormity of this challenge is that an estimated R12-billion is kept "under the mattress" by as many as 15-million people.

Speaking at the opening of the Alliance for Financial Inclusion Global Policy Forum in Cape Town in September this year, Finance Minister Pravin Gordhan encouraged industry players to adopt real change, specifically with regard to consumer protection and education.

These issues were echoed at the debate on Monday, with regulators and industry players all profiling their individual efforts on consumer education, while acknowledging that pooled resources and greater collaboration is needed to make significant headway.

The benefits of capturing this sector of the market are wider than ensuring the long-term viability of the financial sector, with clear economic benefits derived from the management and application of that capital for economic growth.

"We need to build trust between consumers and the financial institutions, there needs to be better consumer education and more competition in this country," said Thami Bolani, chief executive of the National Consumer Forum, which works to protect consumers and empower previously disadvantaged communities.

Dr Mamphela Ramphele, sitting on the panel in her role as education activist, academic and humanitarian, said that the problems were myriad, but stemmed from the reality of low incomes that precluded people from participating in the formal economy.

This was manifest in its harshest form, she said, in the financial noose that is created by the need to get a university education in order to get ahead. A better system was needed that enabled students to get the education they wanted, without being hamstrung by the debt that is invariably incurred to do so.

"The issue of economic freedom is just hot air if you are not going to pay attention to the foundations of the economy and how people are able to be empowered participants in that system," she said.

"This is the cost of inequality and we need a mindset change in this country in terms of really looking at education as an important investment for everybody."

A culture of saving was also being subverted by a "crass materialism" evident in society, where indicators of wealth and success overshadowed the need to be financially responsible. "Importantly, we need to have a mindset change in South Africa where the government is setting the trend for crass materialism. Why wouldn't a post-graduate student want to have the same?"

Answering the question of how the country fares in financial inclusion compared to counterparts in the Brazil, Russia, India China and South Africa (Brics) grouping, the national treasury's chief director for financial sector development, Ingrid Goodspeed, said that South Africa was on par with other Brics countries at around 73% formal inclusion.

"What we are concerned about in treasury is the quality of that inclusion. In other words, people may have a bank account or a funeral policy, but only use the bank account for putting in money and immediately withdrawing it. We are looking at deepening that usage and making it more appropriate, but financial literacy is not enough.

"You can have financial education, but with that must come market conduct. Almost 43% of people using credit have a bad credit record, which means they can't balance their lifestyle and are stuck in a debt spiral."

This issue of unscrupulous agents and "mis-selling" of financial products was a recurring theme throughout the debate, with numerous examples cited of consumers having been duped into buying products, such as multiple funeral policies, out of both ignorance and desperation.

The Financial Services Board's manager of consumer education, Lyndwill Clarke, said that problems around non-banking products such these had been identified, and that a two-pronged approach of greater market education and better regulation was needed.

He said that one intervention by the board had been a partnership with the South African Council of Churches to look at providing dignified, but affordable, solutions.

He said the issue went deeper than merely the cost of financial services, because many consumers appeared more comfortable dealing with microlenders, whose rates are considerably higher and terms and practices less transparent than those of conventional lenders.

The structure and stability of the formal market, he said, was also one of the reasons for South Africa's financial institutions largely remaining untouched by the global financial crisis that saw wealth wiped out in a matter of weeks.

Goodspeed said that while there had been an improvement in costs associated with financial services products of late, these were also important for the financial viability of the sector.

"We don't want to kill the golden goose, but we do want to see costs come down," she said.

The market could also expect more entrants to be encouraged to enter in a bid to improve competitiveness. The need for greater transparency was also important, she said, because it would lead to proper comparisons across brands for similar products, for example.

Despite the concerns about the lack of collaboration on education efforts across the industry, some progress has been made in developing a co-ordinated effort, with the national treasury and the Financial Services Board helping to establish the multi-stakeholder National Consumer Financial Education Committee.

This body held its inaugural meeting in May this year and will develop a national consumer financial education strategy.

Goodspeed said one of its objectives was to co-ordinate efforts, and that it would be drawing on the results from a recent baseline study conducted by the treasury on the level of financial literacy in South Africa to develop the necessary strategies.

"We need to focus the myriad programmes — and there's a lot of money — on where they are needed most," she said.

The debate closed with general agreement and buy-in on the need for such a co-ordinated approach, as well as the acknowledgement that appropriate products at appropriate fees were needed.

The National Consumer Forum's Bolani implored that any such activities not ignore the consumers in rural areas.

Concrete plans have been put in place, but it remains to be seen how long the unbelieving masses are going to remain sceptical and keep plumping up their mattresses with crisp banknotes.

Recognising that current industry efforts around financial education are happening haphazardly and uncoordinated, the Financial Services Board (FSB) and the national treasury have established the National Consumer Financial Education Committee to improve the efficacy of efforts.

The need for better consumer education was driven by instances of predatory lending, high levels of consumer debt, low saving rates, the proliferation of pyramid schemes and financial scams, high fees, a lack of accessible and comparable pricing information and limited knowledge of recourse mechanisms.

This document stated the objectives as providing a framework for collaboration and coordination and providing data and measurement of financial education programmes, to determine effectiveness with the aim of improving consumers' financial well-being.

The education committee met in May this year and includes: • the Association for Savings and Investments SA and its academy;

• the Banking Association of SA;

• the departments of basic and higher education and training, rural development, trade and industry;

• the Federation of Unions of SA;

• the Financial Services Board;

• the Forum for Assisted Business;

• the Institute of Retirement Funds;

• the National Council of Trade Unions;

•ombudsmen for long- and short-term insurance;

• the Savings Institute of SA.

Three working groups have been set up to address the various actions needed.