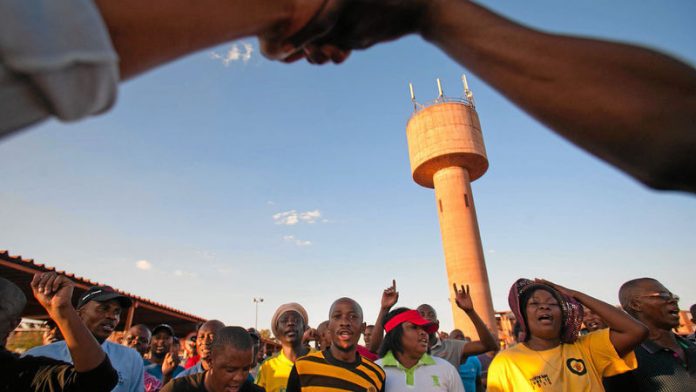 The latest figures were released by the Adcorp Employment Index on Thursday.

The actual overall number of jobs grew by 12 556 in mining but permanent jobs continued to decline. In the last four months of 2012 the economy added 12 029 jobs, reversing the decline of the first eight months of last year.

Employment increased in all sectors except mining and manufacturing. Permanent jobs declined by 5 542 whereas temporary jobs increased by 9 074 in the reporting month of December.

The unofficial sector – that part of the economy that was not captured by official statistics – grew strongly, creating 9 024 jobs. The primary and secondary sectors continued to shed jobs. Tertiary sectors (mostly services) gained 17 000 jobs.

The strongest employment growth was observed in transport which stood at 12.7% , wholesale and retail trade 3.4% and construction 4.7%. Adcorp revealed that from 2000 to 2012, the number of permanent jobs declined by 1.9-million, whereas the number of temporary jobs increased by 2.6-million.

"Currently temporary jobs account for 30.5% of all jobs in South Africa, up from 11% in 2000," said Adcorp's labour market analyst Loane Sharp.

Sharp described the decrease in permanent jobs and increase in temporary job as "a striking feature" of South Africa's labour market.

"In other words, all of the growth in jobs over the past decade has been of a temporary nature," he said. Permanent work has not yet begun to increase since the 2009 recession, whereas the recession is hardly evident in the secular increase in temporary work, Sharp said.

"In circumstances of variable and unpredictable sales volumes, employers are able to match their labour input to output levels by utilising temporary workers.

"The growing effect of seasonality on output levels in agriculture, retail trade, tourism, catering, logistics and other sectors has increased the use of temporary workers in these sectors," he said.

Increasingly employers viewed labour costs – such as employee administration and other human resource practices – as "non-core" activities, preferring to outsource these activities to specialised third parties.

He said the country's labour legislation was becoming "increasingly onerous". The regulatory burden was consequently rising, with the result that employers were increasingly seeking ways to reduce their exposure to regulatory risks, Sharp said. – Sapa