Wasp: Party with a sting in its tail is going mainstream 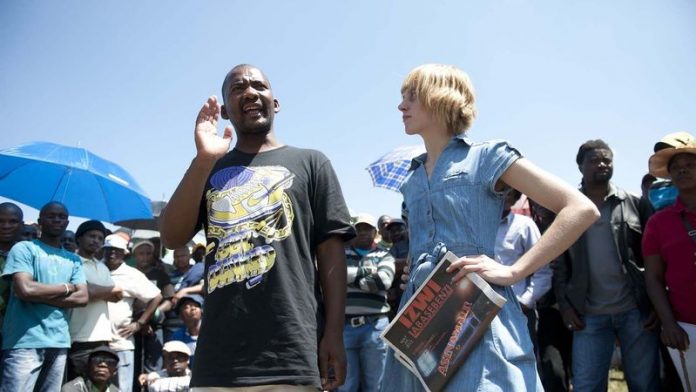 They would be placed under the direct control of workers, according to one of its founding members, Mametlwe Sebei.

He is a member of the executive committee of the Democratic Socialist Movement (DSM), which played an organisational role in some of the strikes that plagued the country's platinum belt last year and is behind the formation of the party.

He said it would "provide alternatives to the [ANC's] neoliberal programmes" and would call for the "nationalisation of the commanding heights of the economy, and for decent jobs, healthcare and education".

He said the post-Marikana "situation" demanded it.

The formation of Wasp was announced in December last year. Sebei said the party was currently "engaging with community organisations, trade unions and youth structures" in the build-up to its official launch on March 21.

"The conference will draw all the organisations committed to this process … to discuss our programme of action, elect leadership and decide on what sort of party it will be. [But] what is certain is that we are a party of struggle."

Sebei said it would be a "federal", umbrella-type party – it would include community and social movements from the left that would retain their own identity within the structure – but consultation was required to "agree on a process of building a profile for the party and on our methods and tactics".

Support among the youth
Sebei said, although the DSM was "unashamed" of being branded as Trotskyites, consultation was paramount to the success of Wasp.

According to Sebei, the party would initially depend on membership fees for funding and it hoped to grow its membership by consolidating the support it built up during the mining strikes last year. He estimated that the DSM could already rely on about 150 000 supporters from mines in areas such as Rustenburg and Carletonville where it has been active.

He said Wasp would also be looking to build up support among communities involved in the so-called service delivery protests, which were plaguing South Africa almost daily.

"Within the working class itself, there are communities engaged in struggle on various levels and areas, but these are isolated from each other and without linkages. We aim to make those linkages."

He added that, in order to build up support among the youth, Wasp would try to capitalise on the student protests over accommodation, fees and access to tertiary institutions that usually announced the beginning of the academic year.

There will be almost three million first-time voters when South Africa goes to the polls for national general elections next year.

Dogmatic investment
Richard Pithouse, an academic in Rhodes University's politics department, said that, if Wasp was to be successful, it would have to steer clear of being too beholden to "a dogmatic investment" in left-wing theory and a "top-down approach" to harnessing the "extraordinarily high degree of popular protest" in South Africa.

"In recent years much of the left has been entirely alienated from actually existing popular protest. One of the reasons for this has been a dogmatic investment in 19th-century theories that have limited contemporary purchase …

"One has to be wary of going into the mines or shack settlements and presuming you have a natural and automatic right to lead people. What is required is a conversation with communities about practice and needs."

Pithouse said that another possible stumbling block for the new party was that in some areas "it was not possible for many people to be openly anti-ANC … because the welfare and development that the state provides is often channelled through party structures".

He said while there were communities who organised election ­boycotts and were critical of the ANC they still did not "join other parties" because this was not "safe or viable".

Editorial: Give privatisation a fair hearing