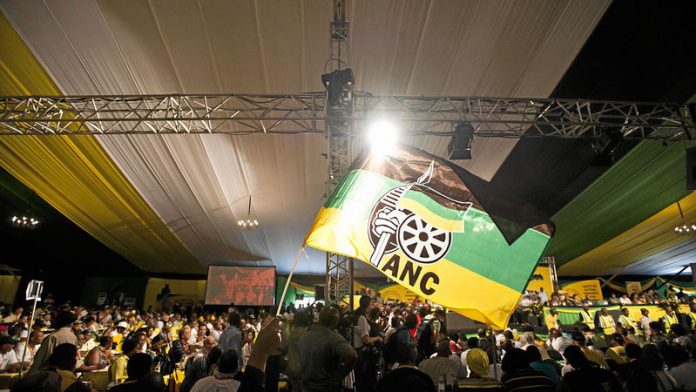 Delivering his keynote address at a gala dinner in Durban on Friday, Zuma unofficially kick-started the party's election campaign when he told guests that the ANC was the only political party carrying the aspiration of the poor in country.

He lashed out at the South African media and some political commentators for portraying the ANC and its leaders as corrupt.

While Zuma was re-elected as ANC president, some surveys conducted in recent months have shown that his popularity among ordinary South Africans, <a href="http://mg.co.za/article/2012-06-18-youth-reject-zuma-and-sexwale" target="_blank">particularly the youth</a>, has declined. Zuma has also come under fire in the past months for spending almost R250-million of taxpayer's money <a href="http://mg.co.za/article/2012-11-15-zuma-defends-his-nkandla-family-home" target="_blank">to upgrade his Nkandla homestead</a>. He was also criticised for appointing unsuitable candidates to key government positions. But Zuma sees all this as something that is created by the media and political analysts.

"The media for long reported [negatively] about the ANC. We were called terrorists [during apartheid]. But later on, the ANC produced the finest leaders the country has ever seen."

"If you read the media today, you will think the entire population carries the views they articulate. That is not true. Those who like criticising [the ANC] are always wrong. Many were writing the obituary of the ANC, before [our] national conference. But it [the ANC] emerged strong from the conference," said Zuma.

<strong>Corrupt cadres</strong>
Zuma pointed out that the ANC needs responsible and accountable members.

"Remove the perception that is often created that almost every cadre of the ANC is corrupt. A cadre must inspire confidence," he said.

Zuma pointed to the success of the ANC and said there were few parties in the world that have been in existence for a century.

Referring to the attention given to the party's recently held 53rd elective conference in Mangaung, Zuma said similar events held by other political parties in the country had gone almost unnoticed.

"I think it speaks volumes of the political landscape of this country."

He said many people were in the comfortable situation of criticising the ANC without providing alternatives.

He took a swipe at former president Thabo Mbeki's brother, Moeletsi Mbeki, for saying ANC leaders were deliberately not educating people who supported the ANC so that it could remain in power. Mbeki made the remarks during a TV interview last weekend.

"No matter what criticism, the people of this country know the ANC. Members of the ANC will never see the ANC differently," said Zuma.

He urged business leaders to continue supporting the ANC financially.

"The ANC must be supported, especially by business people. Wise businesspeople will support the ANC. By supporting the ANC, you will be investing wisely," said Zuma.

The ANC also used the event to raise funds. In less than an hour, the party managed to raise more than R6.8-million from guests.

The largest part of the fund raising came from Mandela's portrait drawn by Sifiso Ngcobo, which sold for R3.7-million. A portrait of the current ANC top six leaders was sold for R1.4-million. A number of business people, including billionaire Patrice Motsepe paid thousands of rands for a seat next to Zuma and other senior ANC leaders. Prices for tables ranged from R100 000 and R500 000.

Zuma is expected to deliver the party's January 8 statement on Saturday.